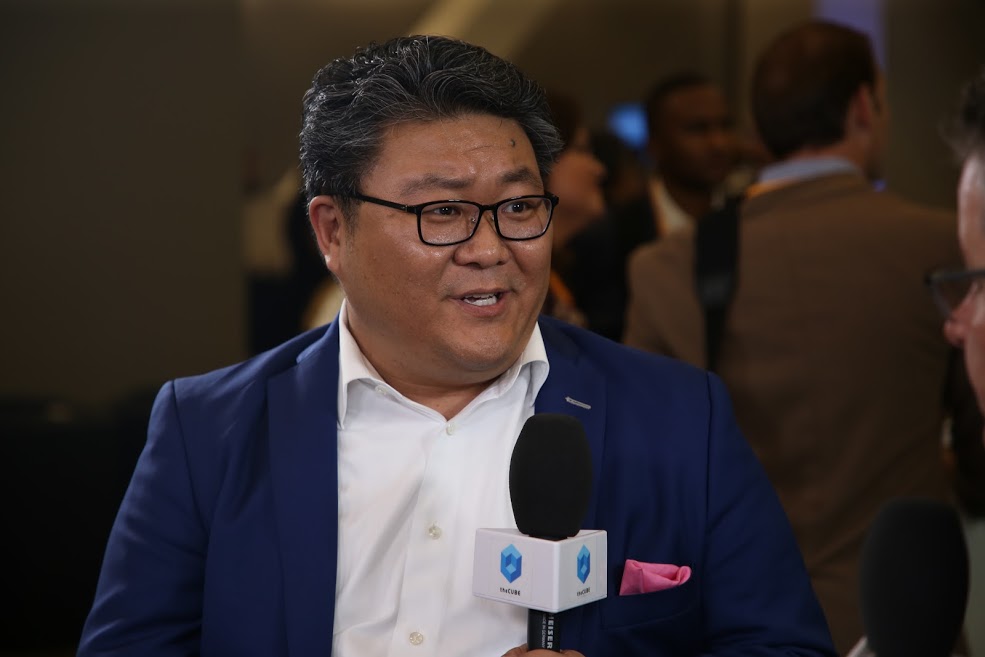 There are at least 50,000 professional skills in the world, according to recent data provided by LinkedIn, and the number one hard skill that companies need most in 2019 is cloud computing.

That single fact should send students rushing to fill classes in the field, yet there are currently 700,000 unfilled information technology jobs in the U.S. and 87% of IT executives say they can’t find skilled technology professionals. That’s a huge problem, and companies such as Amazon Web Services Inc. have developed an ambitious agenda to close the cloud skills gap.

AWS Educate is the firm’s global initiative to provide resources for educators and students and build skills in cloud technology. The scope of the AWS program is wide, covering education opportunities through partnerships not just with high schools and community colleges, but with the U.S. Congress and even the Marine Corps.

AWS executives make it clear they are in this for the long game, knowing that as cloud technology continues to mature and grow, its impact on commerce and society will be significant.

“It’s not always about IT,” said Andrew Ko (pictured), managing director of global education for the worldwide public sector at AWS. “How are people moving along quickly in their cloud journey and really enabling their stakeholders like researchers and medical centers, as well as students, to adopt and learn technology but also embrace it in new and innovative ways?”

Ko spoke with Jeff Frick, host of theCUBE, SiliconANGLE Media’s mobile livestreaming studio, during the AWS Imagine event in Seattle. They discussed the company’s initiatives with community colleges, tech skills training for the Marine Corps, support for education programs in medical research, extending AWS Educate globally and the importance of reaching out to a new generation of learners (see the full interview with transcript here).

This week, theCUBE features Andrew Ko as its Guest of the Week.

Ko’s question captures the essence of the AWS approach: Let’s not just train people to use the cloud, but encourage them to develop a skill base that will extend tech innovation into other areas.

Approximately one year ago, AWS announced that it would collaborate with 19 Los Angeles-area community colleges and high schools to launch a cloud-computing certificate program. The curriculum includes real-world, project-based assignments that are expected to foster tech learning well beyond the classroom.

“They have over 2.1 million students in any given year, and now with the technology they can start to look at patterns of success for students,” Ko said. “They’re really starting to make education more interactive versus the way it was over a hundred years ago.”

Earlier this month, AWS added a new twist to its partnership opportunities with higher education. In collaboration with Northern Virginia Community College and the U.S. Marine Corps, AWS announced the development of a new course of study specifically geared to train Marines.

The curriculum includes a focus on cloud computing, as well as data analytics, artificial intelligence, and machine learning. The new courses will also help Marines earn a degree in Information Systems Technology.

“They created a special opportunity for the Marine Corps so they can come out and learn data intelligence,” Ko said. “When they come out, they’ll have applied skills in addition to the skills they’ve learned being in the Marine Corps.”

As more people become trained in cloud computing, the expectation is that these skills will translate into other academic areas, such as research. The David Geffen School of Medicine and Samueli School of Engineering at UCLA have teamed up with AWS to work with faculty on the emerging field of computational genomics.

To gain a better understanding of the underlying genetic causes of various diseases, researchers at UCLA are analyzing large data sets of anonymized genomes from millions of people using AWS machine-learning and cloud-computing technology.

“They’ve created a new department, blending medicine as well as engineering to tackle very important research like cancer and genomics,” Ko explained. “Those complicated facets are no longer a separate conversation, but it’s an infused way where high-performance computing can handle some interesting research to accelerate the outcome.”

AWS education initiatives are not confined strictly to the U.S. The company’s focus has a global charter with programs extending into other countries.

In June, Brazil became the first country in Latin America to offer AWS EdStart, an educational startup accelerator that helps teach fledgling entrepreneurs how to use cloud computing. Launched in early 2017, EdStart is now operating in 34 countries.

“This curriculum is going to be available for 2.5 million education learners across the entire country working with 740 universities,” Ko said. “We’re really excited to be behind that.”

Although the bread and butter of AWS is cloud computing, Amazon has plenty of other areas of interest to students seeking to broaden their tech skill base. Over several years, AWS has participated in the Congressional App Challenge, where Members of Congress host district-wide contests for middle and high school students to learn code and create unique apps. Contest winners receive $250 in AWS credits.

“This next generation, not the old fuddy-duddies like me, learns very differently now,” Ko said. “Voice and natural user interface are going to be the big thing.”

In November, AWS expanded its technology portfolio with the news that it would launch the first fully managed ground station as a service. The company plans to have 12 installations operating by the end of this year, and it has partnered with Cal Poly to accelerate satellite-driven innovation in education.

Working with AWS, Cal Poly has created education and training opportunities for students in satellite design and communications. Data sets generated through satellite research in Cal Poly’s Digital Transformation Hub are also shareable through the AWS Public Dataset program and published on the firm’s Registry of Open Data.

Ko is no stranger to public/private initiatives in the education field. In addition to his corporate career, which took him through Samsung Electronics Co. Ltd. and Microsoft Corp. prior to his arrival at AWS, Ko led ConnectED. It was a White House program launched during the administration of President Obama and designed to leverage private sector support for providing internet access to millions of students.

At Samsung, Ko launched mobile learning solutions for education in several different countries and directed online degree and credentials programs for the State of Virginia. His view of education is formed by the potential of technology to bring learners of all ages and walks of life into the mainstream workforce. If LinkedIn’s job data is any indication of the challenge, that’s a noble cause.

Here’s the complete video interview, part of SiliconANGLE’s and theCUBE’s coverage of the AWS Imagine event: