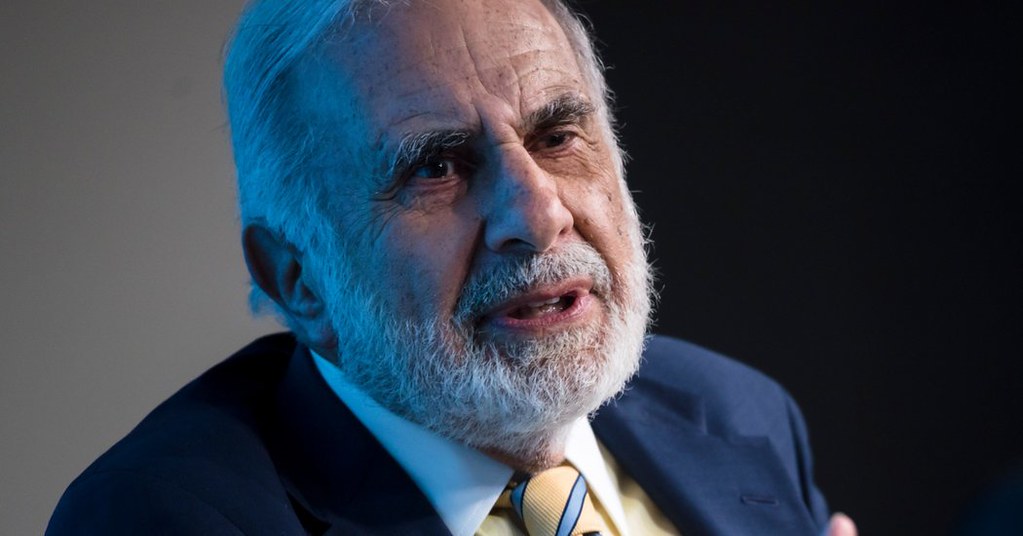 The notorious activist investor and billionaire Carl Icahn (pictured) has claimed two seats on Cloudera Inc.’s board of directors just weeks after taking an 18.4% stake in the company.

Icahn, who is perhaps best known for trying to block Dell Technology Inc.’s move to become a private company back in 2013, revealed his position in the big data firm earlier this month. And he has wasted no time in reaching an agreement with Cloudera’s board after arguing that the company is seriously “undervalued,” Bloomberg reported today.

The agreement will see Icahn nominees Nicholas Graziano and Jesse Lynn join Cloudera’s board, which has been expanded to 10 members. Graziano will also take a seat on the company’s mergers and acquisitions committee, with Lynn joining the committee responsible for finding its next chief executive officer.

Previous CEO Tom Reilly was forced out of the company in June shortly after it announced disappointing fiscal first-quarter revenue and guidance for the next period that fell short of projections.

Cloudera is effectively the last man standing out of three big data firms that at one time believed they could make big money commercializing the open-source Apache Hadoop platform that’s used to store and process massive amounts of information.

The other players were Hortonworks Inc., which was acquired by Cloudera earlier this year in a so-called merger of equals, and MapR Technologies Inc., which almost went bankrupt a few months ago before being acquired last week by Hewlett-Packard Enterprise Co.

Cloudera, like the others, has found itself under huge pressure from public cloud infrastructure providers such as Amazon Web Services Inc., which offers more varied big data services at competitive prices.

In the hours after announcing its first-quarter results and Reilly’s departure, Cloudera’s stock fell more than 40%. It has lost more than 60% of its value in the last two years.

Charles King of Pund-IT Inc. told SiliconANGLE that Cloudera was an ideal target for Icahn because his modus operandi is to find and then take a significant stake in what he feels are “temporarily distressed” companies, before working toward a beneficial conclusion, at least for himself.

“Cloudera is in the midst of a rough patch that includes challenges with its Hortonworks acquisition and the unceremonious departure of its CEO,” King said. “That Icahn’s representatives will be involved in the company’s M&A and CEO search committees suggests that the company respects his desire to keep a finger on Cloudera’s pulse. With a bit of luck, Icahn will lend a hand in restoring the company’s health.”

As part of the standstill agreement, Icahn has agreed not to acquire a stake of more than 20% in Cloudera’s outstanding shares and to vote for the company’s director nominees at its 2020 annual meeting.

In a statement, Cloudera Chairman and interim CEO Martin Cole said the company had been engaged in “constructive conversations” with Icahn and fully agreed with his assessment that it’s undervalued. He said the board will “continue to oversee the execution of Cloudera’s strategic plan and drive value for stockholders.”

Constellation Research Inc. analyst Holger Mueller said it’s not clear what Icahn’s intentions are at this stage, but the investor has a good nose on where the value is, and Cloudera is clearly undervalued at this time.

“After HPE has taken over MapR, it may be time for Cloudera to sell to another on-premises player,” Mueller said. “Or it could invest more into its product and try to become a ‘cross-cloud’ big-data platform. That second option is riskier and more long-term. But for sure we know that Icahn will be good for some excitement.”

That excitement may not be good for people at Cloudera, however.

“Carl Icahn is a corporate raider, which means he’ll be looking at selling the company off as a whole or in parts to make a quick and significant profit,” said analyst Rob Enderle of the Enderle Group. “It does look like he may have been behind Tom’s departure and his taking a significant position on the board doesn’t bode well for Cloudera’s long-term survival. Expect dramatic cost-cutting and the aggressive exploration of an asset selloff.”