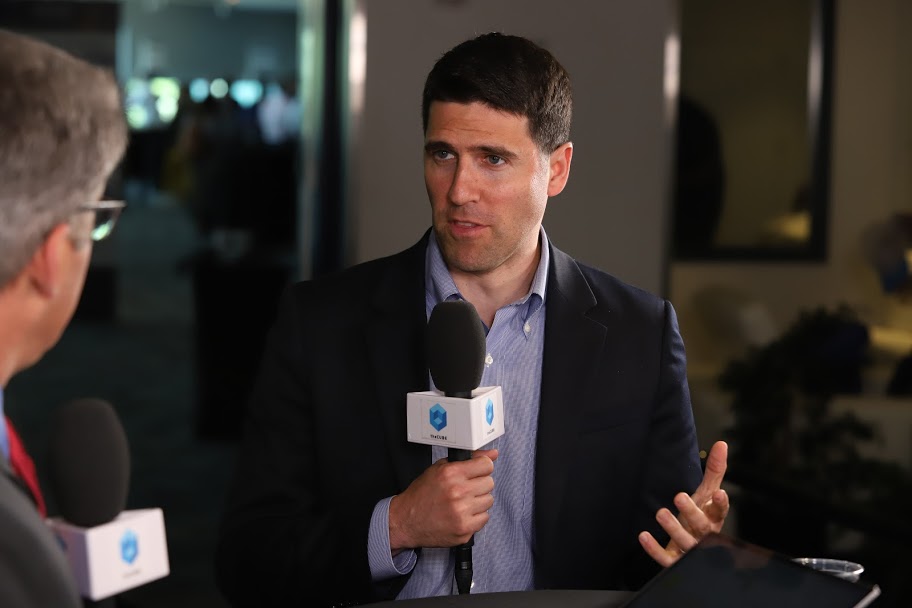 Since human trafficking today has become a $150-billion major enterprise, why not fight one big business with another?

This is the strategy that the nonprofit Polaris Project has put in place to combat human trafficking by serving victims with a national hotline, a massive data set, and enlisting the support of large corporations to be on the alert for situations that just don’t look quite right.

Myles spoke with Jeff Frick, host of theCUBE, SiliconANGLE Media’s mobile livestreaming studio, during the AWS Imagine event in Seattle Washington. They discussed the value of data gathered through calls to the group’s national hotline, how it has identified specific jobs prone to exploitation by traffickers, leveraging its business partnerships to support victims and balancing short-term action with the long-term view of a difficult problem (see the full interview with transcript here).

This week, theCUBE features Brad Myles as its Guest of the Week.

Now in its 17th year, Polaris was founded by two senior students at Brown University who were moved by the disturbing conditions discovered at a brothel located near the campus in Providence, Rhode Island. Named for the North Star, used by people held in slavery within the United States as a guide toward freedom, the organization has grown to become one of the largest anti-trafficking nonprofits in the U.S. and Japan.

To keep track of those cases, Polaris staffs a 24/7 National Human Trafficking Hotline to gather information on potential issues. The hotline receives an average of 90 calls per day, and over 40,000 cases of human trafficking have been reported over the past 10 years.

“The hotline depends on either survivors calling in as a lifeline or community members calling in who saw something suspicious,” Myles said. “We get calls from people who are getting their nails done and the woman was crying and talking about how she’s not getting paid.”

Those calls into the Polaris hotline represented a gold mine of data. In 2017, the organization conducted a major in-depth study of the information it had gathered and came to a startling conclusion: It could classify nearly every call into 25 categories of jobs that defined the essence of modern slavery.

These positions ranged from illicit massage to health and beauty occupations to work in restaurants, hotels, and commercial cleaning services.

One of the categories that Polaris identified was “traveling sales crews.” These are often teams of young people recruited to go door-to-door in specific areas selling magazine subscriptions or other items.

The recruitment and coercion of youth to sell magazines has been well-documented in recent years by Ian Urbina, an investigative reporter for The New York Times. Urbina’s research and subsequent stories by others have documented the violent nature among many of these crews, which move rapidly about the country and will often leave underperforming kids stranded.

“These predatory groups decided to prey on disaffected U.S. citizen youth that are bored or working a low-wage job,” Myles said. “A lot of people when they think of human trafficking are not thinking of U.S. citizen kids knocking on your door.”

A key outcome of Polaris’ data analysis was not just the identification of the 25 categories, but also the intersection of this work with legitimate businesses. In 2018, Polaris released a report that examined the role that major U.S. industries, such as airlines, hotels and even airlines, played in human trafficking.

This has prompted Delta Air Lines Inc. to donate more than 100 flights and more than $2.5 million to help human trafficking survivors. The airline has also worked with Polaris to become better educated about the telltale signs that its passengers may be involved in trafficking operations.

“Delta really just jumped at this,” Myles said. “They launched a whole corporate-wide task force across departments. If you’re going to be a trafficker, flying on a Delta flight is going to be a much more harrowing experience because everyone is trained and eyes are looking.”

In addition to Delta, other companies have joined the fight against human trafficking. In July, Lyft Inc. announced that it would partner with Polaris and use its Lyft Concierge service for calling rides and helping victims escape a trafficking situation.

Polaris has also received support from Booz Allen Hamilton Inc. to help the organization map its data in large cities to gain a better picture of human trafficking networks in dense urban areas. And Polaris leverages PagerDuty Inc.’s Modern Incident Response system to route and escalate urgent issues that come in through the national hotline.

Amazon Web Services Inc. has partnered with Polaris since 2017, according to Myles. The partnership with AWS has focused on managing the significant amount of data being generated by the constant stream of calls coming into its hotline network.

“Polaris crunches over 60 terabytes of data per day, and we collect up to 150 variables on each hotline call,” Myles said. “For now, it’s getting our data stronger, more secure, building artificial intelligence bots to help with our work, and then potentially moving to serverless. All of those are conversations we’re having with AWS.”

Myles is not a newcomer to Polaris or its mission. He joined the organization as a volunteer barely three years after its founding and became the CEO in 2010.

The Polaris leader has also shown a keen sense of history as it directly relates to his own personal life and the organization’s mission to free people from enslavement. During a 2012 New Year’s Eve party in Washington, D.C., Myles quietly slipped away with Polaris co-founder Katherine Chon and proposed to her at the Lincoln Memorial on the 150th anniversary of the Emancipation Proclamation.

“We work full time on this issue,” Myles said. “We need to respond to the problem in the short term, get these people connected to help, and then we need to do the long-term solutions, which involves data and business. It’s something that I think people in this country naturally really care about.”