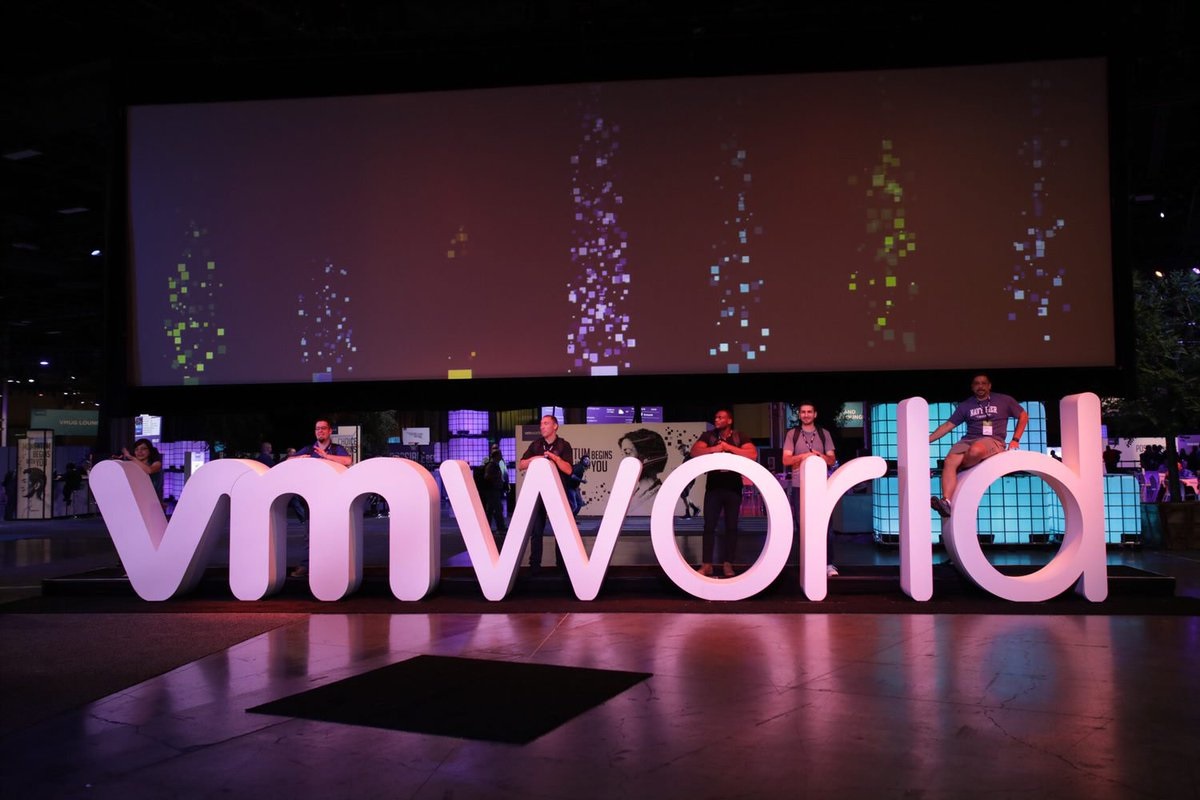 Focus on multicloud: Analyzing VMware’s history and challenges ahead of VMworld

A little over six years ago, top executives from VMware Inc. stood on a Las Vegas stage and, in front of hundreds of partners, expressed incredulity that the company could be outsold by a bookseller.

“I look at VMware and the brand reputation we have in the enterprise, and I find it really hard to believe that we cannot collectively beat a company that sells books,” said Carl Eschenbach, VMware’s president and chief operating officer at the time.

If there is anything to be learned from events over the past six years, it is that both companies are being driven by customer choice in a multicloud world and VMware has remained laser-focused on catering to this reality, regardless of where the partnerships may lead.

“Amazon might be their number one partner, but they’re lining up everywhere,” said Stu Miniman, senior analyst at Wikibon Inc. and co-host of theCUBE, SiliconANGLE Media’s mobile livestreaming studio. “What VMware did is they really opened things up and said, ‘You can embrace cloud, and we’ll be there for you.’ Multicloud is what customers are doing today, and multicloud and hybrid are what customers are going to be doing five years from now.”

Miniman sat down Dave Vellante, chief research officer of Wikibon and co-host of theCUBE, at theCUBE’s studio in Boston to reflect on VMware’s previous 10 years and gave a preview of next week’s VMworld 2019. They discussed key milestones in VMware’s progress over the past decade, the important role that NSX software has played in growing its network virtualization business, the firm’s acquisitions and moves to bolster application support and the balancing act the company must walk between on-premises and public cloud customer needs (see the full interview with transcript here).

While 2013 might have been the high-water mark for VMware’s competitive battles with AWS, two events a year earlier were instrumental in setting VMware on the successful course it has followed since. “Pat Gelsinger took over as CEO, and VMware acquired Nicira,” Vellante said.

Prior to joining EMC as the president of its Information Infrastructure Products business, Gelsinger spent nearly 30 years with Intel Corp., ultimately becoming its first chief technical officer. Since taking over VMware in 2012, the industry veteran has doubled the size of the company and was ranked the “Best CEO in America” in June by employment website Glassdoor.

The acquisition of Nicira Inc., one of the originators of software-defined networking, put VMware on a path to roll out NSX, the company’s core network virtualization platform. VMware has recently attributed its strong topline growth to robust NSX adoption and reported last year that 82 of the Fortune 100 firms have embraced the product.

“Nicira had some really smart people and fundamental technology underneath that would allow networking to go beyond just the virtual machine,” Miniman said. “It took a little while for the Nicira technology to run into NSX and for that product to gain maturity and adoption. But, as Pat Gelsinger said recently, it is one of the key drivers for VMware, getting them beyond the hypervisor itself.”

“It feels like NSX is a disruptive force that is very hard for Cisco to deal with in a number of dimensions,” Vellante said. “VMware wanted to do with storage and networking what it had done with compute. This set up the tension between VMware and Cisco, which lives on today.”

VMware has been an active player in the acquisitions space over the past seven years, but it is a proposed buyback that is making headlines this month in advance of VMworld 2019. VMware said it’s in talks to reacquire Pivotal Software Inc. after spinning it off six years ago.

Pivotal’s Cloud Foundry, an open-source multicloud application platform, caters to developers who want to run enterprise applications at scale. VMware’s latest move can be viewed as a way to address what some analysts perceive as a weakness in its portfolio of technology services.

“The Achilles’ heel that I’ve seen for VMware for a long time is that VMware doesn’t have enough of a tie to help build the applications,” Miniman said. “Pivotal, if they bring that back into VMware, can help. Pair that with Cloud Foundry and you see VMware and Pivotal together trying to go all in on Kubernetes.”

An IBM Corp.-commissioned study by McKinsey & Co. found that most enterprises have only moved approximately 20% of workloads to cloud platforms. The remaining 80% are still being kept and managed on-premises.

The central questions for VMware remain: How long will it take for this ratio to flip, and can the company position itself to take full advantage of the hybrid model? As VMware’s Outposts partnership with AWS has shown, straddling the fence has current appeal. Yet a highly competitive landscape with Microsoft Corp. aggressively positioning Azure, Google LLC’s deployment of the Anthos tool for managing hybrid applications, and IBM’s purchase of Red Hat Inc. in a self-described play for the multicloud market, will undoubtedly complicate the task for VMware.

This is state of the competitive enterprise universe as VMworld kicks off on Aug. 26 in San Francisco.

“Will VMware and Outposts get a larger share of wallet at the expense of other vendors?” Vellante asked. “VMware right now is the favorite because it’s coming from a position of strength in the data center, and Dell’s cost structure is better than anybody else’s in the on-premises world. And it’s a dramatically different VMware today.”

Here’s the full preview, part of many CUBE Conversations from theCUBE and SiliconANGLE, both of which will be covering VMworld in the coming week: