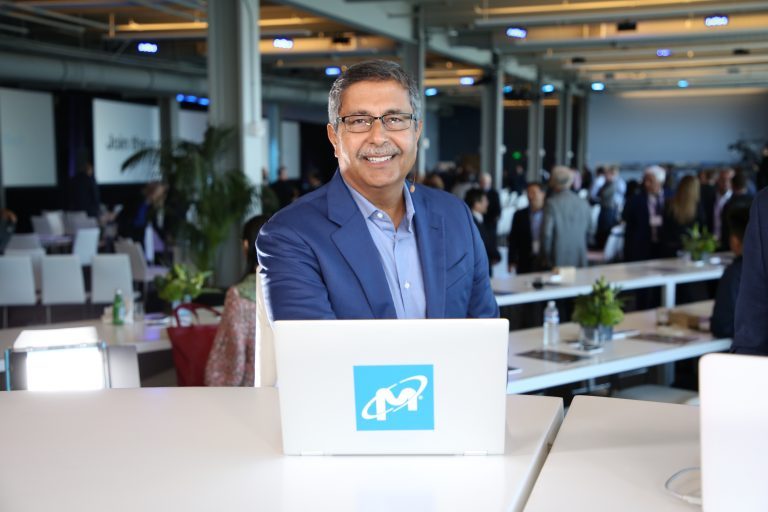 Shares in computer chipmaker Micron Technology Inc. fell more than 6% in after-hours trading today after it posted yet another revenue decline and guidance for the next quarter that fell short of expectations.

The company reported a fourth-quarter profit before certain costs such as stock compensation of 56 cents per share on revenue of $4.87 billion. That was better than expected, as Wall Street had forecast a 48-cents profit on revenue of $4.52 billion.

Still, the performance was notably a stark decline from the same period a year ago, when Micron posted a profit of $3.53 per share on sales of $8.44 billion. Micron has now seen three successive quarters of declining sales. Update: Shares were falling nearly 10% in Friday trading.

Just like other chipmakers, Micron has struggled with reduced demand for its flash memory products over the past year, after rising prices earlier prompted many of its customers to build up supplies of chips. The good news is that analysts say the current cycle is coming to an end and demand for flash memory chips should improve in the new year. But the bad news is Wall Street sees Micron’s revenue decline continuing for at least two more quarters.

“We are encouraged by signs of improving industry demand, but are mindful of continued near-term macroeconomic and trade uncertainties,” Micron Chief Executive Sanjay Mehrotra (pictured) said in a conference call.

Micron’s cause hasn’t been helped by a U.S. government ban on selling products to its single largest customer, Huawei Technologies Co. Ltd. The company said it has resumed some chip shipments to Huawei but warned that sales to the Chinese firm could worsen if it can’t obtain special licenses to continue doing business with it.

“We have applied for licenses with the U.S. Department of Commerce that would allow us to ship additional products, but there have been no decisions on those licenses to date,” the company said.

“On one hand, customers loaded up on DRAM when prices began spiking some months ago,” King said. “On the other, Micron’s key markets — smartphones, PCs and servers — are faltering, partly because of the U.S./China trade stalemate and partly because of broader factors, including recession fears and weakening consumer confidence.”

Still, Holger Mueller of Constellation Research Inc. had a different view, saying that Micron had done well to turn a profit in the last quarter despite the difficulties it faces.

“The signs suggest the bottom of the roller coaster ride may have been reached,” Mueller said. “But no matter where the semiconductor cycle is at the moment, Micron deserves congratulations for staying profitable despite its revenue decline. Very few players have managed the recent downturn as well.”

“It’s ugly out there, and Micron’s light guidance for the coming quarter suggests that holiday sales won’t be doling out much in the way of Christmas cheer,” King added. “Is it any wonder that some shareholders have decided that sitting on the sidelines is better than taking a beating in the game?”

Cyber hygiene in the time of COVID-19: Avoid catching an online virus by virtual social-distancing
A Goldilocks saga: How VMware seeks to make the cloud and Kubernetes journey just right
Vertica v10 doubles down on machine learning
To track coronavirus, real-time data and analytics in the cloud get real
Q&A: VP discusses deployment-flexible Vertica v10 and delivering transparent, replicable ML