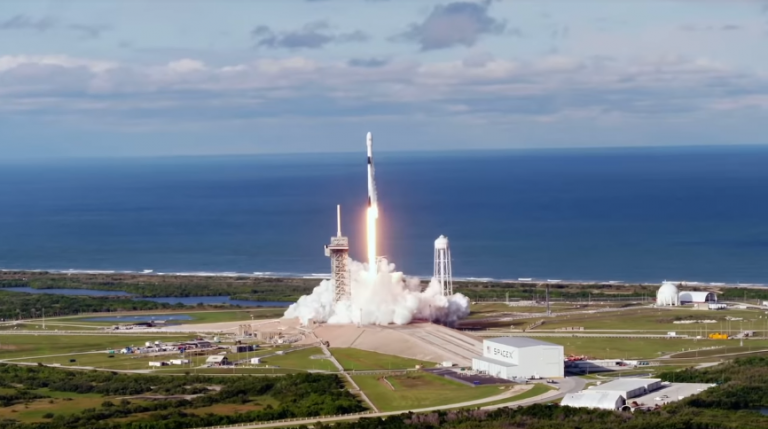 The satellites blasted off from Florida this morning aboard a Falcon 9 rocket. They’re SpaceX’s first operational Starlink systems, building on lessons the company drew from a launch in May that saw 60 prototype units deploy outside the atmosphere. SpaceX said about 50 of those units are still in orbit.

The second-generation Starlink satellites feature a number of improvements including increased spectrum capacity and what SpaceX described as a “demisable” design: When the systems will reach the end of their service life, they’ll fall toward the earth and burn up in the atmosphere, leaving no debris behind to endanger other spacecraft. It’s SpaceX’s answer to a growing problem that is also attracting the attention of other players  in the space industry.

Elon Musk’s company wants to deploy 300 more Starlink satellites by the middle of 2020 so it can start providing limited internet service in North America. From there, SpaceX plans 18 more additional launches to achieve basic global coverage. The long-term vision behind the project is to create a constellation of as many as tens of thousands of satellites with the capacity to provide high-speed connectivity to every corner of the world.

It’s an ambitious goal that SpaceX shares with a number of other companies. Earlier this year, Amazon.com Inc. received permission to put more than 3,000 internet satellites in orbit, while London-based OneWeb Ltd. is developing its own space-based telecommunications network.

All three companies are taking the same basic approach. Instead of building their constellations in geostationary orbit 22,000 miles above the Earth, where traditional communications satellites operate, SpaceX and its rivals plan to build deploy their networks nearly 20,000 miles farther down in so-called low Earth orbit. The shorter distance to the ground reduces both latency and flight costs, thus making the idea of global internet coverage a lot more feasible.