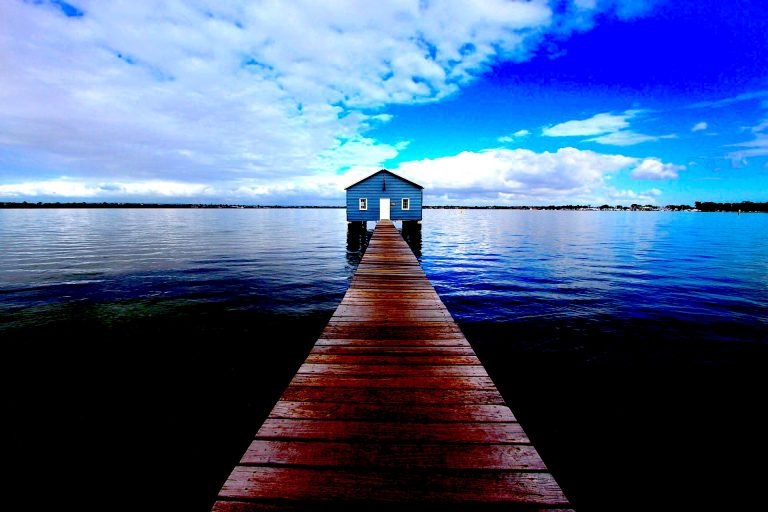 As computing explodes at the network edge, cloud providers and telcos jockey for the lead

“You don’t need a weatherman to know which way the wind blows,” Bob Dylan once sang. In the world of enterprise technology, the wind is blowing toward the network edge.

Just in the past month, the two largest public cloud players – Amazon Web Services Inc. and Microsoft Corp. – announced major new initiatives around edge computing. Intel Corp., along with several other notable companies, launched a new Edge Native Working Group on Tuesday. And telecommunications giants Deutsche Telekom and China Mobile both weighed in with recent advances in the edge space. 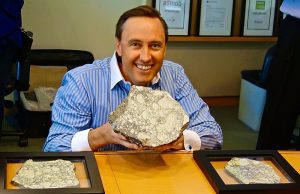 The activity around edge is revealing in another important aspect: The battle for edge supremacy is shaping up to be an interesting dance between telcos and large cloud providers — and the outcome could potentially determine the future of computing for decades to come.

“The internet would collapse if we had trillions of edge devices relying on the cloud,” Steve Jurvetson, co-founder of Future Ventures and Draper Fisher Jurvetson, said during an appearance this week at the Edge Computing World conference in Mountain View, California. “What we’re going to see in the next few years is a huge shift in computing to the edge.”

Jurvetson may be right about the cloud’s limitations, but that is not preventing some of the industry’s largest cloud providers from blazing their own path to the edge. In late November, Microsoft and AT&T signed a deal to integrate Azure cloud services into AT&T’s network edge locations. And last week, AWS announced a partnership with Verizon Communications Inc. to open the carrier’s network to developers interested in creating low-latency applications that will run on the new 5G wireless standard.

What these most recent announcements reveal is that, though both cloud providers and telcos would dearly love to own the edge computing world outright, both sides currently need each other to pull it off. For now, cloud providers such as AWS are jockeying to be the control plane or gateway for edge services. 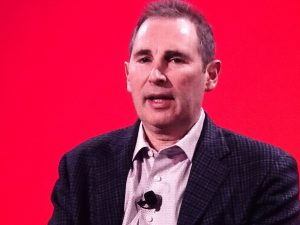 Indeed, at its re:Invent conference last week, AWS introduced a platform called Wavelength that’s intended to use faster 5G connections to applications that need very low latency in their networks. Verizon and AWS will integrate Wavelength with Verizon’s 5G Edge with an aim to connect 5G applications to AWS’ cloud services with fewer “hops” among network nodes, bringing computing closer to data and services provided locally.

AWS also debuted Local Zones, which are buildings that provide compute, storage, database and analytics services in local areas where neither Amazon nor a company has full data centers. The idea is that companies that need very low network latency for workloads such as movie creation or videogame design can get a way to do that without having to operate a data center locally.

“You’re never going to have enough bandwidth to move the amount of data that you want,” AWS Chief Executive Andy Jassy told SiliconANGLE in an exclusive interview before re:Invent. “You have to think about a completely different strategy when you’re talking about data that large.”

And 5G is key to making edge computing a reality, Jassy noted. “It’s a very substantial improvement in performance, and it opens up a whole bunch of applications that require mobile and connected devices,” he said. “People are going to want to eliminate several or all of those hops and find a way to have the compute and the storage much more local to where the 5G is and then an experience that wraps that together.”

At its core, the competition for edge computing is a battle over latency, the time it takes to move a packet of data from one point to another. Low latency will become even more important as sensors on “internet of things” devices identify problems in critical industrial systems, or autonomous cars hit the roads with a mandate to communicate vehicle-to-vehicle.

When AWS rolled out Wavelength last week, which embeds cloud compute and storage services at the edge of telecommunications’ 5G-equipped networks, one of the use cases the cloud provider promoted involved a company called Mapbox Inc.

Mapbox is a key location and data platform for mobile web developers and it depends on live information that’s constantly updated in real time and powered by artificial intelligence. For Mapbox and its crucial community of developers, ultra-low-latency compute really matters and the edge, coupled with 5G, can provide that.

The evolving edge story is also characterized by an intriguing set of activities that involve the open-source community and the telcos. Depending on how events play out, some major cloud providers could find themselves disrupted in the edge computing market.

During Edge Computing World, the Eclipse Foundation announced the formation of the Edge Native Working Group, dedicated to driving adoption of open-source software for edge technologies. 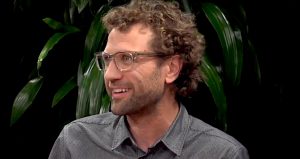 Founding companies include Intel, Siemens AG and Huawei Technologies Co. Ltd. Two of the group’s projects, which are already active in the edge and being used by various companies, are Eclipse fog05 and Eclipse ioFog, an open-source edge platform for building and running applications at enterprise scale.

The project lead for Eclipse ioFog is Kilton Hopkins, chief executive officer of Edgeworx Inc. Hopkins has been fairly outspoken about the future impact of edge computing, especially when it comes to the opportunity for network carriers to transform from just being “data pipes” to the cloud and creating value with developers in the world of distributed applications.

“Ninety-five percent of companies don’t want all of their operational data going to the Azure cloud,” Hopkins said in an exclusive interview with SiliconANGLE. “This is our opportunity to put DevOps in the edge. We call it EdgeOps.”

Moving to the ‘Telco Edge’

Can the network carriers really position themselves as edge development platforms? At least one telco is prepared to offer its own blueprint for how to get there.

Christos Kolias, principal research scientist for the French multinational telecommunications firm Orange S.A., outlined what it will take to transform the “Telco Cloud” into the “Telco Edge.”

The idea is to migrate from cloudlike requirements such as scalability, reliability, APIs and security to an edge infrastructure that runs closer to the user and translates cloud-native functions into edge-native capabilities.

“It’s the last opportunity for telcos to see if we can monetize on this type of business,” Kolias said. “Edge is the last frontier for telcos.”

The platform will be open to third-party developers and enterprise customers, and SK Telecom will provide open APIs for businesses interested in developing edge computing services. That should sound very familiar to cloud aficionados.

Competition for the edge computing market is expected to heat up in 2020 as both telco and cloud providers continue to introduce new products and services tailored for the market. One recent report estimated that the edge market will grow from $2.8 billion in 2019 to $9 billion by 2024. Another report pegs the market at nearly $30 billion a year after that.

Numbers like these are why major telecommunications, processor and cloud providers are forming alliances and building complex strategies for success. It should be interesting to see how it all turns out, because the telco world is apparently all in.

“We’re not going back to the old way of doing things, that’s for sure,” said Orange’s Kolias.