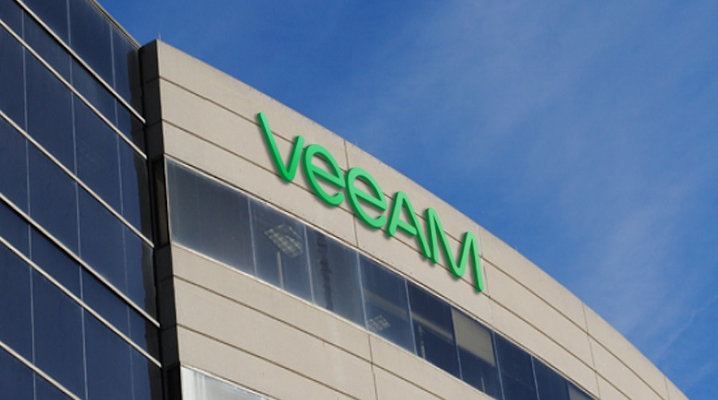 Veeam to be acquired for $5B by investment firm Insight Partners

Veeam Software Inc., one of the industry’s biggest data protection providers, is being acquired by Insight Partners in a $5 billion deal announced today that’s poised to bring significant organizational changes to the company.

Insight Partners said it expects to complete the transaction this quarter. The venture capital and private equity firm has been busy: On Monday it acquired connected device security provider Armis Inc. for $1.1 billion.

Baar, Switzerland-based Veeam offers a family of data protection products that businesses use to back up information stored in their public cloud environments, data centers and Office 365 deployments. The company also provides a number of complementary solutions including the Veeam ONE infrastructure monitoring tool. Veeam’s software is used by more than 360,000 organizations worldwide, netting it revenues of more than $1 billion last year.

“Veeam’s ascendancy coincided with the rise of VMware and Veeam rode that wave better than anyone else,” said Dave Vellante, chief analyst at Wikibon, SiliconANGLE’s sister market research firm. “Veeam is now entering a new phase where they have to compete in clouds and across clouds. This is the jump ball and a number of players such as Rubrik and Cohesity and new players like Clumio are also going after these spaces.”

The company currently ranks as the top data protection provider in Europe, the Middle East and Africa. To realize a return on its $5 billion bet, Insight Partners plans to build upon Veeam’s strong EMEA position and direct resources toward capturing a bigger share of the U.S. market. Vellante said the move to the U.S. will create more transparency and potentially open up new markets such as the public sector.

Allan appeared on SiliconANGLE’s theCUBE mobile livestreaming studio at Veeam’s annual customer event last year. He shared some insights into the state of the cloud market that may provide context as to why Insight Partners has decided to swoop in now rather than, say, a few years sooner or later.

“Even though people have been talking about cloud significantly over the last 10 years, the adoption hasn’t really been there,” Allan told theCUBE, SiliconANGLE Media’s livestreaming video studio. “So now we’re at this inflection point where all these organizations are saying, ‘OK, now I really have to do something about cloud.’”

Allan observed that the increased demand is leading to more competition in the market. “The fight for dominance in the cloud management era is really only beginning now and will unfold over the next few years,” Allan said.

Veeam has sought to preserve and strengthen its competitive position through not only geographic expansion, like the U.S. push Insight Partners is planning, but also by broadening the focus of its product portfolio. The company is placing a particular emphasis on data security. In the past year, Veeam has added a number of new features for protecting information from hackers including tools that helps information technology teams identify insecure employee email accounts.

“Our typical buyer has been the backup/data center assurance buyer,” Allan said in the interview. “As you begin to look at how do we expand beyond this to unlock data and build systems, all of a sudden there’s a new constituent in play. It’s not the IT administrator anymore, it’s the compliance team, it’s the security team, it’s whatever team happens to be involved.”

Under the new leadership, Veeam said it will embark on an initiative to expand  its current U.S. workforce of about 1,200 employees. “Veeam has one of the highest-caliber global workforces of any technology company, and we believe this acquisition will allow us to scale our team and technology at an unrivaled pace,” Largent said in a statement.

Indeed, Vellante thinks Insight, which he calls a hybrid venture capital-private equity firm that “doesn’t just suck cash out of the business,” will likely invest in the business for several years with an aim to exit through a public offering.

“As a technology sector, data protection is going to be more important, but it’s poised to evolve pretty dramatically over the next few years,” added Wikibon’s Peter Burris.

Here’s the full interview with Allan: