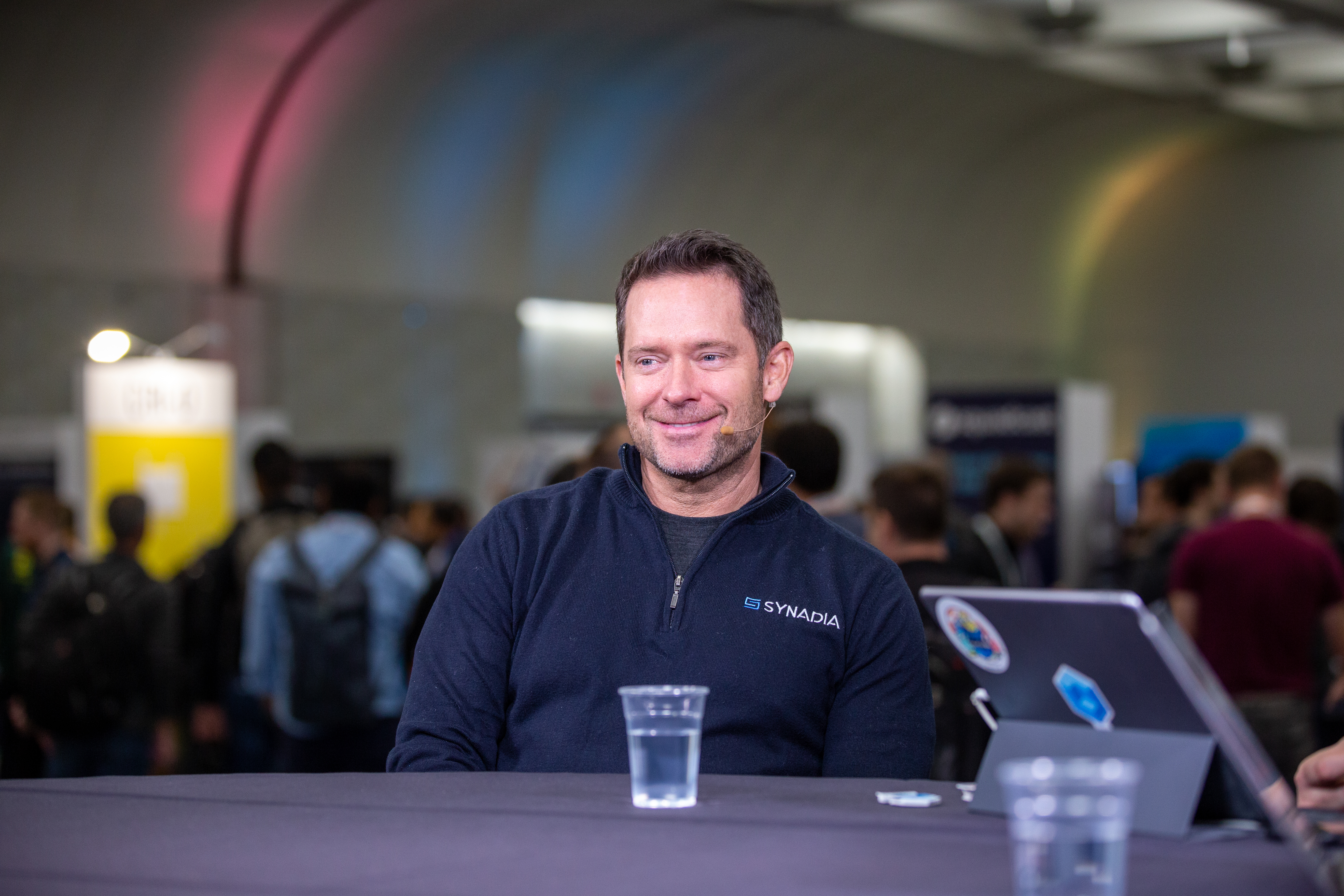 Messaging could beat Kubernetes to the edge

There’s nothing like a distributed application to force an overhaul of information technology. From atop the stack, broken-up microservices-based apps are remaking everything in their own image. All this decentralizing and decomposing is placing systems, data and services in tenuous long-distance relationships. What can harmonize or unify them all — on-premises, in the cloud and at the edge?

Many have faith that Kubernetes — the open-source platform for orchestrating containers — will somehow make it all work. But they might soon receive a disorienting wake-up call. And it  may come via a communication system being called “containers for messaging.”

The industry hasn’t given decentralized computing, as a detailed end-to-end system, the fresh round of innovation it deserves, according to Derek Collison (pictured), founder and chief executive officer of Synadia Communications Inc. To wit, some seem to think “internet of things” devices at the edge are mini models of on-premises or cloud environments.

“I see a lot of people wanting to drag what they think works in cloud out to the edge,” Collison said.

The key characteristic of distributed multicloud and edge computing is the connectedness of diverse pieces. Three well-built clouds, a stellar on-premises data center and advanced artificial-intelligence inferencing at the edge aren’t adequate in isolation. Without living, active connective tissue, these IT environments aren’t just distributed, they’re disjointed and alien to each other.

Multicloud and edge computing now need targeted improvements in the area of connectedness, according to Collison. The general focus in distributed computing is moving toward ways to connect, observe, secure and trust all elements. “I believe that’s where the value and the next wave of innovation is going to come from,” Collison said.

Collison spoke with Stu Miniman, host of theCUBE, SiliconANGLE Media’s mobile livestreaming studio, and guest host John Troyer, chief reckoner at TechReckoning, during the KubeCon + CloudNativeCon event in San Diego, California. They discussed how a global messaging system could connect distributed IT and enable multicloud and IoT use cases. (* Disclosure below.)

This week, theCUBE spotlights Synadia as its Startup of the Week.

Is Kubernetes trying too hard?

There are a number of real-world cases where distributed-computing solutions are undergoing trials. Multicloud, the running of cloud-native apps built with microservices, and IoT are a few. Many fall back on containers (a virtualized method for running distributed apps) and Kubernetes for mobility among disparate environments.

Within the Cloud Native Computing Foundation — Kubernetes’ home — a busy community has developed around providing all needed ancillary tools for the platform. The idea in CNCF — and outside it at various providers — is to make Kubernetes the one reliable vehicle for transporting apps, containers and even data in distributed systems.

There is even a Kubernetes-at-the-edge movement, which shrinks Kubernetes so that it can fit into IoT devices, Raspberry Pi computers, etc. Rancher Labs Inc.’s k3s was one of the most talked about technologies at KubeCon + CloudNativeCon last November. This simplified Kubernetes distribution can manage just application components and microservices rather than whole clusters, Sheng Liang, co-founder and chief executive officer of Rancher Labs, told theCUBE.

“Kubernetes is the new Linux, and you run it everywhere,” Liang said.

This repurposing of cloud tech for the edge is questionable in Collison’s opinion. “What … we need to think about is, how do we get data and compute — compute meaning processing of that data — securely, in a trusted fashion, out to the edge, however that works,” he said. “It doesn’t necessarily mean we have to have all the same pieces.”

Kubernetes Service Mesh is an open-source project that may not be what its many proponents hope it will be, Collison has said. It is basically a routing and traffic-management system for communication between services that sits on top of Kubernetes. It is supposed to make the swarms of services in cloud-based distributed systems easier to observe.

“Service mesh is coming along, and I think it’s the right idea but the wrong solution and implementation,” Collison told The New Stack last July.

What is the right solution and implementation? According to Collison, it’s a tool so simple that settles to the bottom of the stack and disappears into the infrastructure.

NATS.io is an open-source, CNCF-hosted messaging service introduced in 2011. It’s a type of messaging-oriented middleware, which is “the intersection of the stuff that network engineers don’t want to do with the stuff that application developers don’t want to do,” according to Ken Klingenstein, director of Internet2 Middleware. NATS allows the services and microservices in containerized workloads to communicate with each other.

The latest release — NATS 2.0. — features enhanced security, multitenancy and global scale. It also has decentralized management and allows for data and event streaming. It’s embedded in the infrastructure such that it could service meshes, load balancers, policy and proxy sidecars, and external security and authentication systems. With these updates, the full result is something like “containers for messaging,” according to Collison.

Collison created NATS to power Cloud Foundry, the open source, multicloud application platform as a service. “About two years ago, we had the opportunity to actually think about if we wanted to make a business out of NATS,” he said. “The answer we came up with internally as a team was, we need to build something that’s value is greater than the sum of its parts.”

In 2017, Synadia was born. Synadia maintains the codebase for the open-source NATS server and client software and associated libraries. It built its NGS global communication system on NATS. NGS is secure by default and globally available in all major cloud providers. For now, the company’s offerings include software as a service, licensing, and recurring support.

“Any time you say ‘open source’ and ‘commercial entity,’ there’s challenges, and I don’t think anyone has all of the answers,” Collison said.

NATS and NGS represent the lightweight technologies the industry will see more of as it advances in distributed and edge computing, according to Collison. They will be built around secure and signed Web Assembly and prioritize easy execution of certain tasks instead of deployment methods. What matters in edge computing is getting messages out there on time, securely, Collison added.

“I want to push an update, and I want it to go over the air, so to speak, to the edge. I want to be able to trust that it’s doing the right thing,” Collison said. “So we start with secure-by-default [and] trusting in the beginning; then we say, ‘Hey, it’s just messages.'”

Here’s the complete video interview, part of SiliconANGLE’s and theCUBE’s coverage of the KubeCon + CloudNativeCon event. (* Disclosure: The Cloud Native Computing Foundation sponsored this segment of theCUBE. Neither CNCF nor other sponsors have editorial control over content on theCUBE or SiliconANGLE.)