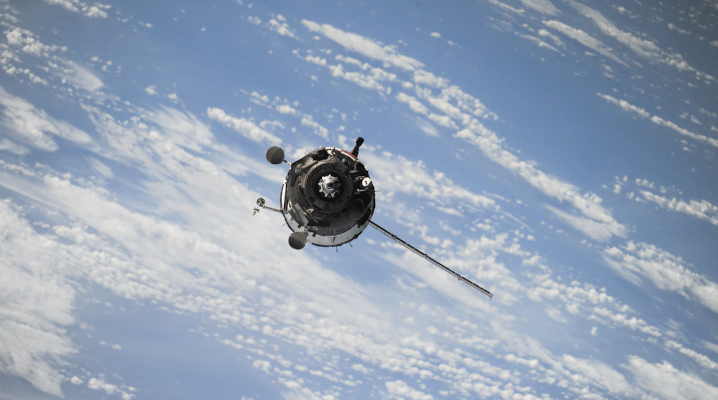 The 5.8 billion “internet of things” devices that are expected to see use in the enterprise this year will all require a way to connect to the web. San Mateo, California-based Skylo Technologies Inc. has an ambitious plan to address this need that involves geostationary satellites and an eight-by-eight-inch electronics box.

Skylo’s proposal for providing web access to connected devices is to harness existing communications satellites in so-called geostationary orbit. Craft at this altitude fly higher and are typically larger than the new space-based internet systems currently being deployed by the likes of SpaceX Corp. By using existing hardware instead of launching its own, Skylo claims, it can provide connectivity for IoT devices at an up to 95% lower cost than the competition.

There are also other factors that contribute to the competitive pricing. For one, Skylo’s network is the first satellite communications network to be based on NB-IoT, a variation of the LTE standard that requires less bandwidth and uses less power.

Skylo has built upon the native features of NB-IoT by developing what it describes as a “proprietary method of efficiently transmitting data.” The startup is not sharing any details about the technology except that it too plays a role in lowering network costs.

On the ground, enterprise customers link their connected devices to the Skylo network using an eight-by-eight-inch router called the Skylo Hub. The box, which costs less than $100, can be hooked up to vehicle sensors, agricultural equipment, ship communications systems and a wide range of other endpoints. The Skylo Hub draws power either from an internal battery battery or from an external source such as a solar panel.

Skylo says the sky is the limit when it comes to use cases. Logistics companies can harness the startup’s platform to collect maintenance data from sensors inside their trucks, while a farm operator could deploy soil monitoring devices in the field to track crop health. Other sectors the startup is targeting include fishing, railways and logistics.

When Skylo’s satellite network launches this summer, the first customer will be India’s national railway system. The startup said that it’s running commercial trials with several other organizations in the U.S. and elsewhere.

Skylo is entering a highly competitive market. Verizon Communications Inc. in 2017 launched a connectivity service geared specifically toward connected devices, and several startups are developing their own IoT communications networks. Sigfox SA has built its network on the ground and Canada’s Kepler Communications Inc. is building one in space with help from SpaceX.