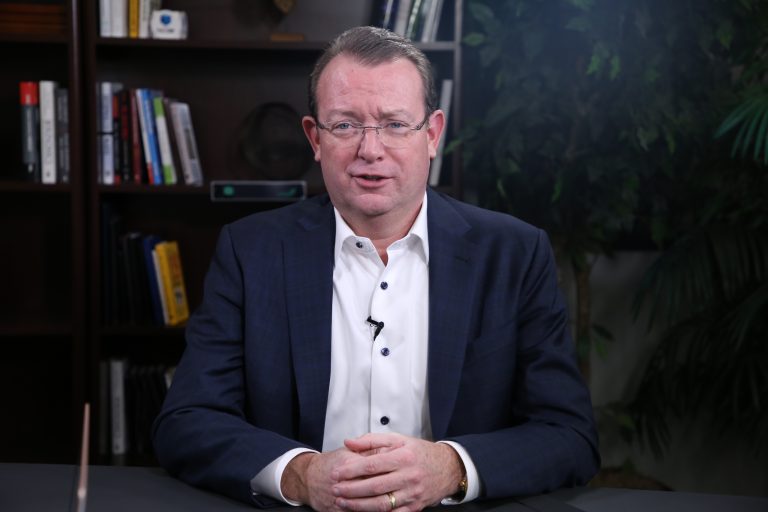 IBM Corp. is trying to eliminate some of the complexity of data storage with a new family of flash storage products it introduced today to meet the needs of a large array of enterprises, including entry-level, midrange and high-end systems that extend to hybrid and multicloud environments.

The new IBM FlashSystem is a family of products meant to address the varying storage requirements of organizations ranging from startups to large-scale enterprises. As the company explains, different businesses have different needs for their storage, with things such as performance, scalability, data services, functionality and high availability just some of the considerations.

Traditionally storage vendors have solved this the easy way, simply by providing a massive range of different storage products for different purposes. That’s all well and good, but as the number of storage platforms an organization uses rises, so does the level of complexity they need to deal with.

Complexity is never a good thing when it comes to information technology. In the case of storage, it means using different management systems for each storage platform, different ways to troubleshoot problems, different application programming interfaces in order to interact with those systems, different paths to the cloud and many other headaches.

Add to that, most enterprises use several systems from multiple providers, adding to the headaches they need to deal with. The complexity means that organizations often have to delay the deployment of new storage technologies, while it also limits their flexibility and drives up costs.

In an exclusive interview with Wikibon analyst Dave Vellante on SiliconANGLE’s mobile livestreaming studio theCUBE, Ed Walsh, IBM’s general manager of Storage and Software Defined Infrastructure, said the storage landscape has evolved into the complicated mess it is today because in the past, there was really no other way of doing things.

“There’s always been a difference between high-end solution sets and low-end solution sets,” Walsh said. “Everything was based upon the features people needed, for example right availability, the right price points, features, functions, availability. It made sense that you had to have a unique thing. But because of the innovation we’ve driven, you no longer have to do that.”

Perhaps the single-most important innovation with the new IBM FlashSystem family is that each system runs the same software stack. IBM Spectrum Virtualize provides the same “enterprise class data services” for entry-level all the way up to its high-end systems, while also enabling “nondisruptive data movement” and cloud and container deployments with supported storage, the company said. 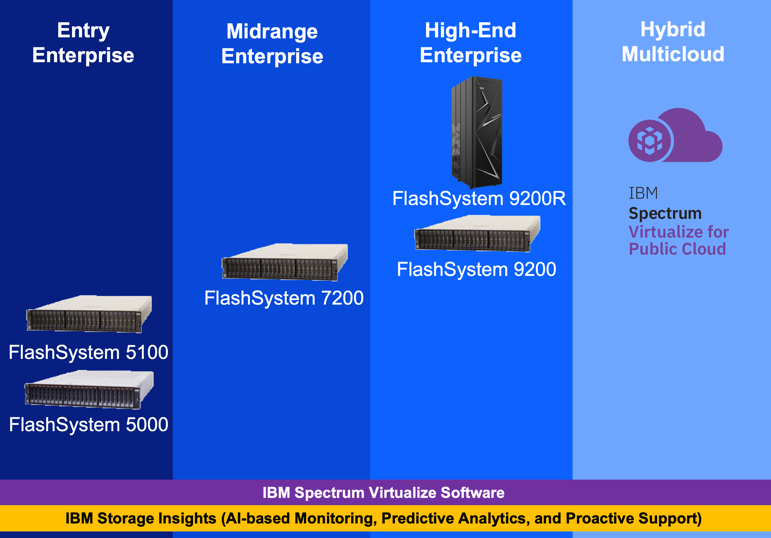 IBM further promises “six nines” availability across all price points, with two- and three- site replication, cross-site high-availability configurations and the option for guaranteed 100% data availability. FlashSystem is managed in the cloud with IBM Storage Insights, which provides artificial intelligence-based analytics for insights into best practice recommendations plus 24/7 access to support when it’s needed.

Walsh claims the IBM FlashSystem beats competing platforms hands-down in terms of latency, thanks to the custom silicon inside each module. He cited latency of just 70 microseconds, which makes the platform 30% faster than the highest-end equivalent from Dell EMC.

“As for input/output operations per second, if you look at the biggest, baddest boxes of Dell EMC, they’ll do 18 million but instead of two racks in your data center it’s only eight rack units. So FlashSystem has 12-times better IOPs,” Walsh said. 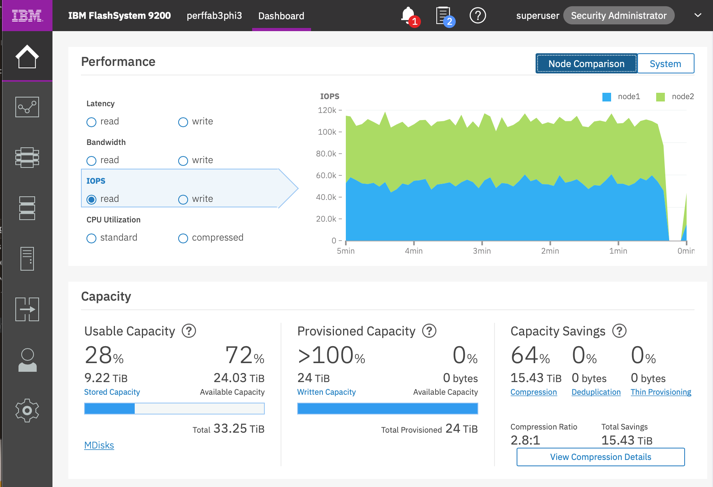 IBM FlashSystem also has some interesting “cyber response” capabilities that Walsh said are unavailable on any other kind of storage system and can help customers to protect against data loss. Walsh said this capability is important because disaster recovery operations generally involve reverting to a previous “snapshot” of the system when everything was fine. But doing so is fraught with danger because if you’re not careful, this can easily start crashing critical applications and workloads that are running in production.

“We’re providing software that allows you to visualize what your recovery points are and orchestrate it into a fence network environment, or a sandbox, so it’s not going to step on production workloads,” Walsh said.

The system also offers “immutability” in order to protect against ransomware, which is a type of malware that encrypts data and holds it hostage, forcing companies to pay a ransom to regain access to that information.

“Immutability means you can’t make any changes to the data,” Walsh said. “Malware typically either encrypts or deletes things, but if [the data] is immutable then you can’t change it.”

Walsh also talked about the consumption model IBM is offering with FlashSystem, saying it’s a great choice even for businesses that are in the process of modernizing their IT infrastructures and moving to the cloud. Normally in such cases, companies wouldn’t be interested in investing huge amounts of cash in new systems, but with IBM’s subscription model, that’s no longer a concern.

“Of course you can buy things or lease things, but we now have a subscription model which is kind of like cloud pricing, no long-term commitments, use what you use up and down, and if it goes to zero we’ll send along Carlos to pick it up at no expense to you.” Walsh said. “That’s the value equation, I don’t think it’s for everyone but for the first segment of the market I think it’s critical and I think IBM is perfectly positioned to do that.”

Vellante said this is a strong move for IBM, one that has been a long time coming. “The company has struggled for more than a decade to keep pace with the rapidly changing storage market,” he said. “By simplifying its block portfolio within a single platform, IBM is taking a leadership position in attacking complexity for customers. That’s always a good thing.”

Here’s the full interview with Walsh: