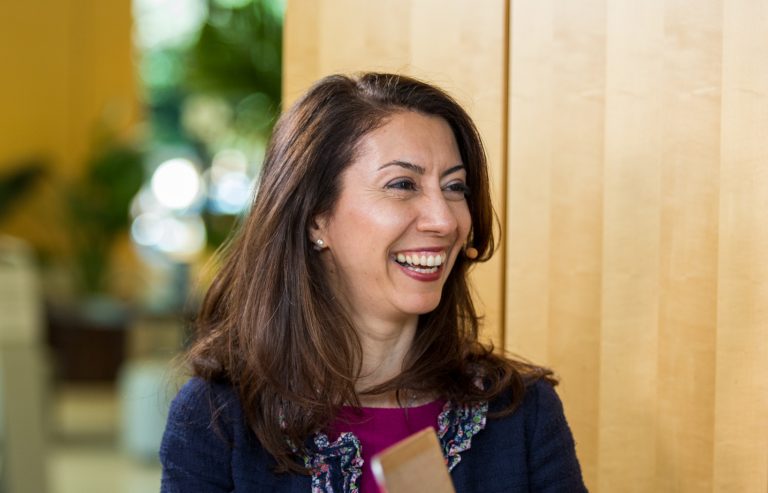 Humanity is dependent on water, but modern methods have major flaws. Perhaps today’s technology can help.

For millennium, settlements were centered on water supplies and drought signaled disaster. The Egyptians were the first to manage the critical resource; diverting the Nile flood waters using a series of dams and canals in a major irrigation project that turned a seasonal lake into a water reservoir. The concept was exploited to great success by the Romans; the empire became known for its sophisticated aqueduct system that transported water from rural areas to towns.

What was basically the same idea continued into the twentieth century, and dams and reservoirs are still being built to supply our ever-expanding cities. However, despite being the definitive method for water management for most of human civilization, the top-down model has a major flaw.

“People were not part of the loop. The way that they behaved, their decision-making process, what they use, how they use it, wasn’t necessarily part of the process,” said Newsha Ajami (pictured), director of urban water infrastructure and policy at Stanford University’s Water in the West program. “We assume there’s enough water out there to bring water to people and they can do whatever they want with it.”

As well as Water in the West, Ajami works with Stanford-based National Science Foundation Engineering Research Center’s Re-Inventing the Nation’s Urban Water Infrastructure (ReNUWIt), and is in her second term serving on the San Francisco Bay Regional Water Quality Control Board.

Ajami spoke with Sonia Tagare, host of theCUBE, SiliconANGLE Media’s mobile livestreaming studio, during the Women in Data Science conference in Stanford, California. They discussed how Ajami is working to bridge the gap between science and policy in water management, building solutions for water resilient cities, and changing the traditional top-down water management model to a more collaborative bottom-up approach.

Girls and boys are equal in STEM

Ajami was born in Tehran, Iran, to a family of engineers. She was encouraged in her love of math and problem solving and recalls spending hours building Legos and playing mathematical games. She credits her mother with being her biggest fan and mentor and is quoted as saying she was “raised gender blind” and taught “to be fearless, open-minded, and resilient.”

Thanks to her family’s recognition and support of her math and science abilities, Ajami attended Amirkabir University of Technology, one of Iran’s top universities. She graduated with a bachelor of science in civil and environmental engineering.

“We are all equal. Our brains are all made the same way. It doesn’t matter what’s on the surface,” is Ajami’s message to those who want to study for a career in math, science, technology or engineering. “I encourage all girls to study hard and not get discouraged. Fail as many times as you can, because failing is an opportunity to become more resilient and learn how to grow,” she said.

After living in Tehran during the Iran-Iraq war, Ajami personally understands how water shortages can affect daily life for a city’s inhabitants. “Demand management and public awareness was a centerpiece in dealing with scarcity,” she said, recalling how the experience inspired her to focus on sustainable resource management.

Ajami moved to the United States to attend graduate school at George Washington University, but soon switched to the University of Arizona’s hydrology and water resources program to study under Soroosh Sorooshian, founding director of the university’s National Science Foundation center on sustainability of semi-arid hydrology and riparian areas. “It was one of the best decisions I made,” she said

The 21st century has brought new challenges for hydrologists, according to Ajami. “It’s good to think about alternative ways of storing water, including using groundwater as a way of storing excess water or moving water around faster, and making sure we use every drop of water that falls on the ground, and also protecting our water supplies from contamination or pollution,” she said.

Data science and modeling are some of the techniques Ajami’s team at Stanford uses to understand the changing patterns of water use and develop new technologies for water resilient future cities and infrastructure. Part of this is changing the existing paradigm to include “people’s decision making process and the uncertainty associated with that as part of the infrastructure planning process,” she said.

A surprising statistic Ajami quotes in her keynote address at WiDS is that although population has more than doubled since the 1940s, water demand has stayed stable. “We have really progressed in the way we use water,” she said.

Despite the usage statistics, factors such as climate change and water pollution mean that there’s no relaxing when it comes to water conservation. “Water scarcity is not going to go away. It’s one of the world’s most pressing problems,” Ajami said.

But the research does show that the approach of bringing in more water as the population grows is neither cost-effective nor sustainable. Building new infrastructure is expensive, so rates go up. Equally, if water becomes scarce, prices rise. And it is the disadvantaged and under-served communities that suffer most under high water bills.

Models that are based on the assumption of increased demand are answering the wrong question according to Ajami. Rather than building more storage facilities, the question is how to change water use patterns from the bottom up.

“We have to incorporate this human dimension and human dynamics into the decision-making process,” Ajami said. “Basically, moving from a supply side management to demand side management, which is more driven by how humans make decisions and how those decisions can impact our long-term sustainability.”

Are we using water wisely?

Fifty percent of water use in the developed world is on outdoor spaces — lawns, gardens and landscaping, according to Ajami. “The biggest crop we’re growing in the United States is lawns,” she said in her keynote address. “We don’t even need them. We just like them because it’s leisurely. It’s beautiful. … But the reality is they use four times more water than corn.”

Used inside rather than out, that water could supply 2 million households for a full year, according to Ajami. “That’s a lot of water that we can save and use or actually repurpose for needs that we really have,” she said.

How we use water inside needs to change as well, according to Ajami. “It is important to be mindful the way we wash dishes, the way we take showers, the way we brush our teeth — not wasting water while you’re doing that and a lot of other individual decisions that we make that can impact our water use on a daily basis,” she explained.

The ultimate goal is to build a resilient water future, according to Ajami. “[It] is all about diversifying our water supply and being mindful of how we use our water,” she said. “Every drop of water that we use is degraded and needs to be cleaned up and put back in the environment. So, it always starts from the bottom. The more you save, the less impact you have on the environment.”

Here’s the complete video interview, part of SiliconANGLE’s and theCUBE’s coverage of the Women in Data Science conference: