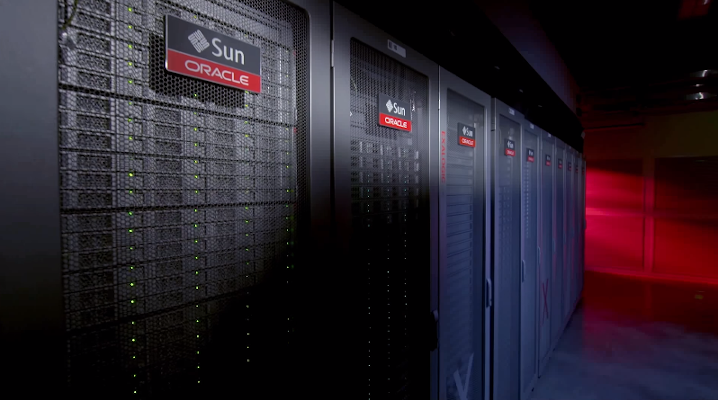 The collaboration is the result of a surprise cloud deal unveiled today under which Zoom has shifted some of its videoconferencing infrastructure to Oracle Cloud. The value of the contract is not being disclosed. Although it could be sizable, a Zoom spokesperson told Business Insider that the company will keep using cloud services from Amazon Web Services Inc. and Microsoft Corp.’s Azure, using Oracle for added capacity.

Zoom’s installed base ballooned from a maximum of about 10 million active daily users in December to 200 million in March and, earlier this month, the company passed the 300 million user mark. Zoom and Oracle said that Oracle Cloud now handles a “significant portion” of the videoconferencing platform’s traffic. The companies didn’t specify exactly how many of its 300 million users’ calls are being processed by Oracle, saying only that the number is in the millions.

For Oracle, the deal could be worth much more than just the contract value. Zoom’s decision to choose the company’s platform rather than use more form the two most popular public clouds — AWS and Microsoft — or Google LLC provides valuable and high-profile validation for its value proposition.

“This is a marquee win for Oracle, which has the 4th place cloud behind Google, Microsoft and Amazon,” Marty Puranik, chief executive officer of hosting provider Atlantic.net, told SiliconANGLE. “The company probably had to be aggressive in giving discounts to win this. There will probably be an announcement that Oracle will be using Zoom coming soon.”

The deal is particularly notable because Zoom was already using AWS and Azure before the deal with Oracle. From a technical standpoint, it might have been simpler just to add extra capacity to one of its existing cloud deployments instead of building a brand new environment from the ground up. Both AWS and Azure provide built-in autoscaling tools that can automatically provision more hardware capacity for an application.

Evidently foreseeing this consideration, Oracle is said to have taken steps to make the setup process smooth for Zoom’s technologists. A Reuters report today cited Oracle and Zoom executives as saying that their engineers worked together on a daily basis to get systems running.

“We have received positive feedback from our prior partner and customer conversations about Oracle Cloud Infrastructure’s architecture, scalability and performance,” Barclays analyst Raimo Lenschow wrote in a note to clients today. “However, we believe OCI’s adoption for non-Oracle workloads and relatively limited (but growing) global datacenter footprint (21 regions vs. 50+ for Azure) were the key areas of pushback against proper customer adoption.”

Lenschow said he thinks the Zoom deal helps address some of those areas. “However, we believe it is still very early stages of adoption for OCI, along with autonomous database, the other key potential future growth driver,” he added.

Atlantic.net’s Puranik suggested that Oracle’s absence from the videoconferencing market in which Zoom competes could have been one of the factors that helped it clinch the deal. “Microsoft competes with Zoom via Teams video chat, Google has their own chat, Facebook recently announced their own video chat,” he said. “Oracle doesn’t have a product that competes with Zoom like Google or Microsoft’s product set do.”

Oracle operates cloud data centers in more than two dozen cities worldwide. The company last year set a goal of expanding to a total of 36 locations by the end of 2020.