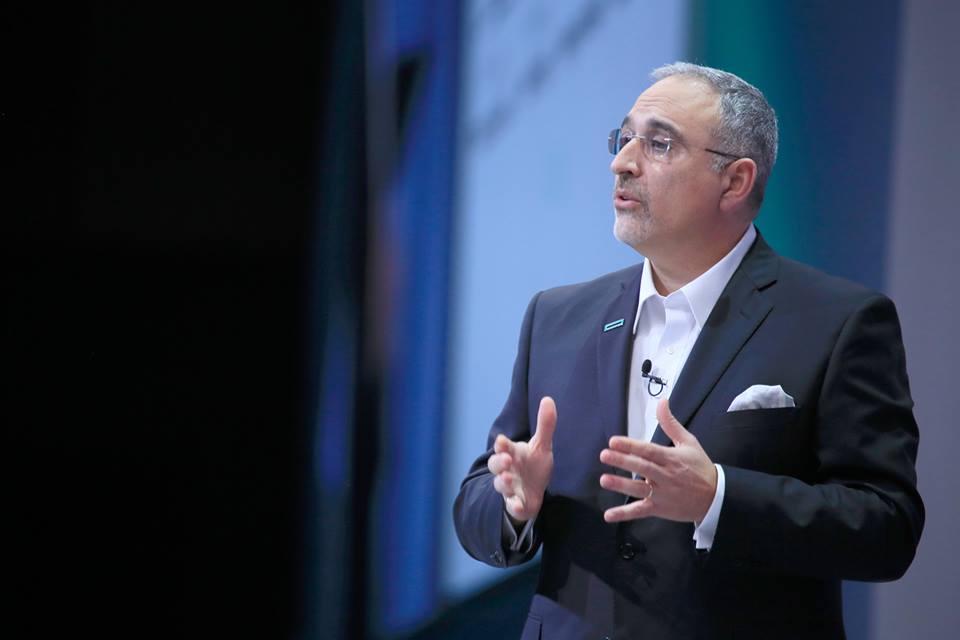 Hewlett Packard Enterprise Inc. today reported sharply lower revenues in its fiscal second quarter and said it would initiate salary reductions and unpaid leaves to adapt to demand declines brought about by the COVID-19 pandemic.

“I am of course disappointed in our results, but I don’t regard Q2 performance as indicative of our strategy or opportunities,” said Chief Executive Antonio Neri (pictured), who cited supply chain disruptions as the culprit for the “vast majority” of revenue loss.

HPE said it exited the second quarter with more than $1.5 billion in backlog for compute, storage, high-performance computing and network gear, which is roughly twice the average historical quarterly backlog. The company also said its goal of shifting to a full-blown as-a-service model by the end of 2022 is on pace and that annual recurring revenues rose 17% in the quarter, to $520 million.

Another bright spot was the Intelligent Edge Segment, comprising networking and edge computing devices, which grew 12% in North America although it fell 2% worlwide.

The new cost-cutting initiatives stop short of layoffs but include short-term pay reductions for a four-month period beginning on July 1 and unpaid leaves for employees in countries that prohibit pay cuts. Salary cuts will fall most heavily on senior executives. Neri also said members of the company’s board have agreed to forgo an unspecified percentage of their cash compensation throughout the rest of the year and that HPE will initiate new cost-saving initiatives around “digital customer engagement” while also reevaluating its real estate portfolio.

“My expectation is that 50% of employees will never come back to an office,” he said. “That means offices will become places to collaborate, not someplace you come to work every day.”

Altogether, he said the cutbacks will save at least $1 billion in the forthcoming year.

Some analysts were taken aback by the plans, noting that Neri had said in 2017 the two-year-long HPE Next streamlining initiative that he oversaw would be the last cost cuts that were needed. Challenged to explain the change of tune, Neri said no one could have foreseen the impact of a global pandemic.

“We don’t know what the new normal is but it’s about allocating resources for future areas of growth and increasing efficiency and digitizing everything,” he said, reasserting that the underlying dynamics of the company’s strategy have not changed. “We are focused on making necessary tradeoffs to invest in our future.”

Pund-IT analyst Charles King saw nothing alarming in the results. “Given the effects on COVID-19 on global economies and organizations, it’s not surprising that companies are scaling back purchases wherever possible,” he said.

HPE is perhaps regretting not having its former PC business to fall back on since that business was spun off in 2015. “Some HPE competitors that have also seen slowing IT infrastructure sales are benefiting from surging spending on equipment needed for working from home and online education,” he said. “That’s not an option HPE can look forward to.”

Analyst Patrick Moorhead of Moor Insights & Strategy saw good news in the “monster $1.5 billion backlog” and as well as in sales of edge and consumption-based products. “I believe HPE’s strategy is sound, it has a solid product line and I think it will weather the COVID-19 storm,” he said.