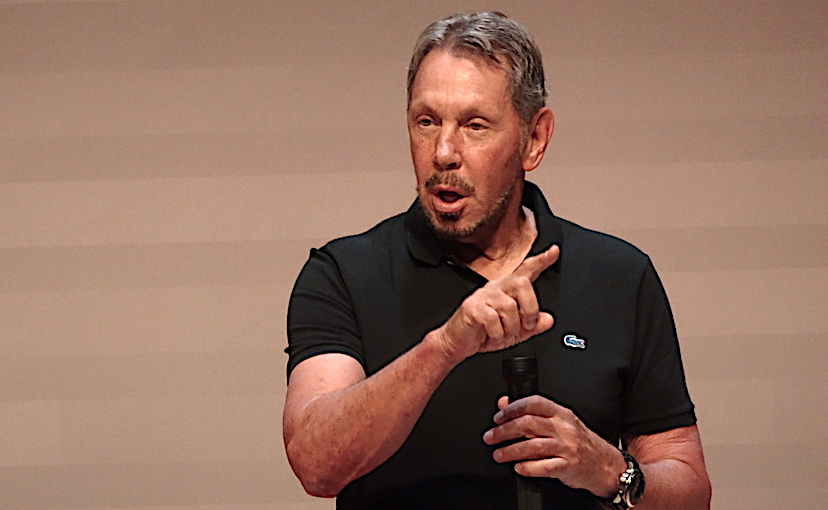 Oracle Corp. is taking an important step toward its goal of becoming a top-tier cloud infrastructure provider today with the announcement that its flagship Autonomous Database will now be available for customers to use within their own data centers through the Exadata Cloud@Customer program.

Oracle also announced that it will provide entire cloud regions in on-premises configurations to customers that are willing to pay a base fee of $500,000 and up per month.

Billed as the world’s first self-securing, self-repairing and self-managing database cloud service, the Autonomous Database was released as a cloud service in early 2018 and in an on-premises transaction processing version later that year. Oracle Executive Chairman and Chief Technology Officer Larry Ellison (pictured) has called it “the most important thing we have ever done” and “the simplest database on the planet.”

Exadata Cloud@Customer is the company’s on-premises version of its cloud service, similar in concept to AWS’ Outposts and Microsoft Corp.’s Azure Stack. Oracle is betting upon the robustness of the underlying Exadata database machine and the centricity of database management to most organizations’ mission-critical applications to lure them into the Oracle fold.

“This is about future growth at the customer, as well as account control,” said Carl Olofson, research vice president for data management software at International Data Corp. “Autonomous Database gives Oracle a temporary advantage because it offers clear benefits in terms of lowering database management costs and improving performance.” Because the offering is available only on Oracle’s cloud infrastructure, he said, “it is a big inducement to Oracle cloud adoption.”

Kumar said Oracle will continue to offer a variety of deployment options. Some customers want to “launch in the cloud, install the database themselves and fine-tune every performance option,” he said. Others want Oracle to handle some management and automation, while still others want to deploy on Oracle’s Exadata cloud infrastructure but manage their own instances.

“Autonomous is for everybody; it’s a natural evolution,” Kumar said. “Whether a small business, midsize business or large enterprise, everybody has a need for one or more of these different flavors.”

“It will appeal to those who keep IT on-prem for religious or ‘just-because’ reasons, as well as those that don’t fancy rewriting apps to work on other cloud database offerings,” he said. Other customers will like the simplicity angle, “making it attractive to those who just like buying and consuming in as easy a fashion as possible or who lack the requisite staff and skills to do it themselves.”

A cloud of your own

The Dedicated Region Cloud@Customer option, which is also being announced today, gives customers a full version of Oracle’s public cloud, including its database and software applications, in an on-premises package. Customers that can allocate 2,200 square feet of data center space and $6 million of annual budget “get an entire region with the same [service-level agreements] and operations model as the Oracle public cloud,” Kumar said. In contrast, on-premises offerings from other cloud providers offer just a small subset of the services available in their public cloud regions, Oracle said.

Although the base price tag may sound high, customers will pay no more for a dedicated region than they would for comparable service in Oracle’s public cloud, Kumar said. “There is list price parity between the two offerings,” he said.

And though customers sacrifice some of the discounts they would receive from a public cloud provider, he added, “this gives them room to grow and expand. We are going to radically change what it means to have an on-prem, dedicated, separate cloud for customers.” Dedicated regions must be used entirely only for a customer’s processing needs and cannot be set up as independent managed services, Kumar said.

Patrick Moorhead, president and principal analyst at Moor Insights & Strategy, said this announcement was actually the most important of the day. “It’s distinct that it is literally a carbon copy of its public cloud infrastructure, operating system, database, security, management, app dev and all SaaS apps, but is on-premises and managed by Oracle,” he said. “I think this value proposition will resonate very well with large, regulated Oracle customers with many rules on data residency.”

Although Oracle expects the offering to appeal mostly to large enterprises, said ESG’s Peters, his hunch is that the universe of potential customers will be “surprisingly large, not just because of the flexibility and easy-to-understand price but simply because of the ‘have your cake and eat it too’ mentality.”

In a presentation today, Ellison promoted new customers such as cloud-based video and voice services provider 8×8 Inc., which he said moved entirely to Oracle from AWS, cybersecurity firm McAfee LLC and Zoom Video Communications Inc., which added Oracle as one of its cloud providers.

Ellison in his talk also continued to focus on archrival AWS, mentioning major human-caused data breaches on AWS storage instances as he touted Oracle’s Autonomous Database. He said it helps both eliminate human errors and reduce the impact of hardware and software failures, claiming the Autonomous Database has less than 2.5 minutes of downtime per month.

“The world’s most powerful database has now become the simplest to use,” he said. “There’s no other database like that.”