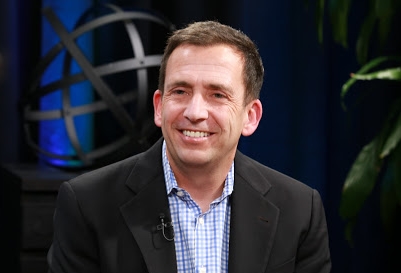 As the former chief executive of Docker Inc., Ben Golub was pivotal in guiding software containers to their remarkable popularity.

The self-contained software capsules that encompass applications and the services needed to run them have been widely adopted for their portability, compactness and simple provisioning. Gartner Inc. forecasts that containers will be default choice for 75% of new customer enterprise applications by 2024, when 15% of all applications will be running in containers, up from just 5% today.

Containers are often described as the foundation for cloud native applications, which are composed of microservices, run on software-defined infrastructure and expose services via application program interfaces. But as much as containers have contributed to the cloud native concept, Golub, who now runs the distributed storage startup Storj Labs Inc., doesn’t buy into the view that being cloud native is an all-or-nothing deal.

“Cloud native is a spectrum,” Golub (pictured) said in a Cube Conversation interview with SiliconANGLE (below). “Organizations should be thoughtful about how they move along that spectrum.”

IT groups that are wrestling with the question of whether to restructure applications when moving to the cloud should instead look at incremental improvements, keeping in mind that applications that don’t require the scalability and portability benefits may be best left as they are. “Almost all applications can benefit from running on more cloudlike infrastructure,” he said.

The quickest way to achieve those benefits is by wrapping those applications in containers to “give you ease of migration and ease of adopting continuous integration and delivery,” which is a core element of agile development, Golub said. “But you don’t have to break everything into containers on day one.”

Building cloud native applications is as much a cultural shift as a technical one, requiring developers to think differently about how they build and deploy code. “When you write a big application using a waterfall methodology, teams follow orders and you update every six months,” he said.

The cloud native approach, in contrast, is to use small teams to rapidly deploy pieces of an application as services as frequently as once a day using automation. “The cultural barriers are very large,” Golub said.

The best way to overcome cultural barriers is to use a team approach. “You can have a small advance team that’s working on new greenfield apps and create a transition path for teams working on the old apps is to break them down in evolutionary way,” he said. Break applications down into tiers, containerize each and standardize services across them. “You’ll find that organizations get a muscle memory about doing things in a more continuous and agile way,” he said.

One of the chief benefits of containerization is that it makes it easier for users to move applications from one platform to another, enabling organizations to use multiple clouds. While some people argue that the benefits of portability don’t outweigh the sacrifices of giving up on cloud-specific functionality, Golub thinks the tradeoff is worth it.

“I think lock-in is a bad idea, period,” he said. “Most people want to run their applications in a distributed way and take advantage of spare cycles. The investments needed to become portable, while not trivial, pay off in the long run.”

Golub’s current venture, Storj, is now in production with its decentralized object storage platform that “rents” unused space from organizations around the world and offers it to customers as an alternative to Amazon Web Services Inc.’s S3 service at about half the price. “We’re offering our customers a way to do storage that is much safer, more private, faster and less expensive,” he said.

Can files spread across the globe really be faster to store and retrieve? Golub said the company’s technology parallelizes the read/write process and stores data closer to locations where customers need it. “There are no single points of failure and there is infinite scalability,” he said.