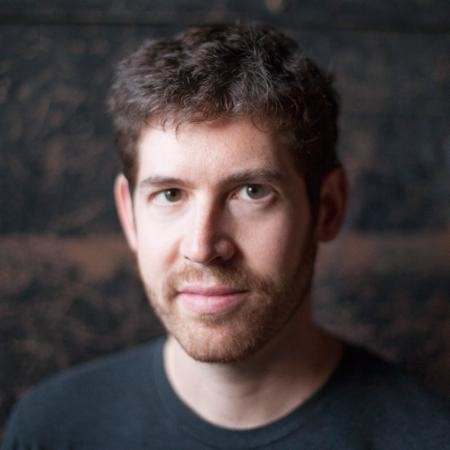 In a region known for creative company headquarters, Silicon Valley had never seen anything quite like what GitHub designed for its corporate offices nearly a decade ago.

After meeting for years in bars and restaurants around San Francisco, the company’s co-founders took over a suite of offices that included a bar with beer on tap, a conference setting modeled after the Situation Room in the White House and a globe that opened to reveal a bottle of fine whiskey hidden inside. As GitHub grew, the company moved to a new location and remodeled the waiting area to be an exact replica of the Oval Office.

While the message behind the decor might have seemed like dreams of global domination, the actual point was that GitHub was where programmers came to code and make a difference in an ever-expanding, cloud-driven world. That’s the way one of GitHub’s co-founders wanted it.

“GitHub is an extension of that desire to really put things into the world that will be useful for people,” said Tom Preston-Werner (pictured), co-founder of GitHub and currently a board member for Netlify Inc. “You have global reach, you just need a computer and an ability to code and you can create things, and GitHub became that. We started building it just because we wanted it to exist and that’s most of what I work on, ideas that I want to exist in the world”

Preston-Werner spoke with Stu Miniman, host of theCUBE, SiliconANGLE Media’s livestreaming studio, in the latest episode of Cloud Native Insights, a series which focuses on transitions in the marketplace and how companies are making the journey to modernize and leverage cloud native technologies. They discussed enhancements to Netlify’s JAMstack for web application development, a new project to reduce programming complexity, career prospects for software engineers and finding opportunity in challenging times.

Preston-Werner’s focus on building tools for developers became a key factor in the creation of a rich, collaborative ecosystem which spawned numerous modern cloud-native solutions. With the mission of facilitating collaboration among software developers, GitHub became one of the world’s largest code repositories and was acquired by Microsoft Corp. in 2018 for $7.5 billion in stock. The co-founder left the firm in 2014 and moved on to other projects.

“GitHub started out really as a side project and I hoped someday it would be able to support me to work on it full-time,” Preston-Werner said. “If you have the ability to code, especially with the advent of web applications as a common tool, there’s such power in that.”

Preston-Werner’s current endeavors encompass a continuing interest in leveraging the power of application development. As a member of the board at Netlify, he is quite familiar with the company’s unusual platform for building, testing and deploying website content.

Using JAMstack, a combination of JavaScript, API and Markup, as a front-end development approach, Netlify decouples the client-side rendering of web content from the server-side. JavaScript handles the dynamic functions, server-side operations are abstracted into APIs and websites are generated as static HTML files.

While Netlify’s process is innovative, it’s also something which Preston-Werner has seen before.

“Everything old is new again, that’s true in fashion and it’s also true in technology,” Preston-Werner said. “The JAMstack really is taking these old ideas where the web started, serving them as static files. It’s superfast and extremely secure.”

A paradox of choice

The JAMstack process, with its reliance on static files, is familiar to GitHub’s co-founder because of his previous work in the blogosphere. Preston-Werner worked on a “blog aware static site generator” more than a decade ago called Jekyll, which was ultimately incorporated as a tool in GitHub.

“You would write your blog articles and run it through Jekyll and that would take your markdown,” Preston-Werner explained. “It would combine them with a theme you would have and that would output static pages that represented your blog and you could serve them from any kind of static blog serving system. We ended up adopting Jekyll for GitHub Pages.”

However, Preston-Werner is keenly aware of a dilemma facing many programmers today: the paradox of choice. Rather than a guarantee of supreme happiness, an overabundance of programming languages and other tools creates angst instead of joy.

“Every language goes through this phase of a Cambrian explosion of possibilities, you have not just one way to do something, but 100 ways,” Preston-Werner said. “For a new developer just learning how to build web applications, all they see is the complexity.”

This complexity has facilitated Preston-Werner’s journey to the JAMstack and served as the motivation for his latest project – RedwoodJS. As an experienced coder, Preston-Werner built GitHub using Ruby on Rails, a server-side web application framework. He is also an active user of JavaScript, but the programming language’s interactivity can foster more choice and complexity.

This led Preston-Werner to envision building a full stack web application framework which would simplify the development of complete applications using the JAMstack approach.

“That made me think that here finally is the ability to combine everything that’s awesome about the JAMstack and static files, security and this workflow with the ability to do business logic,” Preston-Werner explained. “I kept waiting for somebody to come out and glue this all together with Rails, but for the JAMstack/JavaScript world. Nobody was doing it, so I started working on it myself and that has become RedwoodJS.”

The creation of solutions to address needs in the tech world is part of Preston-Werner’s fundamental belief that software development represents a limitless ability to find new ways to address common problems. He noted that for years, navigation systems in cars had clunky interfaces and rarely worked effectively.

Then one car maker turned to software and changed the dynamic significantly.

“Tesla comes along and says: ‘Hey, what if we made this stuff useful and had a thoughtful interface and essentially built a car where everything was controlled with software’?” Preston-Werner said. “I think for the future of jobs in technology and especially software development, there is no better outlook for any profession than that. This is where the world is going.”

It’s an optimistic view although, at the moment, a case could be made that the world is going in a different direction and it’s not especially good. A global pandemic, a chaotic education system and a difficult economy have clouded the future for many.

In addition to his various projects in web application development, Preston-Werner is the co-founder of Chatterbug Inc., an online language learning system with self-study and live lessons. The education space and creating new post-pandemic opportunities are important areas of focus for the entrepreneur, from both a professional and personal standpoint.

“The entire concept of educating kids right now, and I have three, has very much been turned on its head,” Preston-Werner said. “The question for me is what are the opportunities that we have leveraging technology and the internet to where we can create more opportunities to get more people back to work?”

Preston has made a career out of addressing challenges, building tools for developers not because someone demanded it, but because he saw a greater need. This is the ethos of a developer community that’s painting the cloud-native landscape and finding new ways to solve thorny problems.

“Look at all of the things in your life that have become challenging,” Preston-Werner said. “Where there’s challenge and pain, there’s opportunity.”