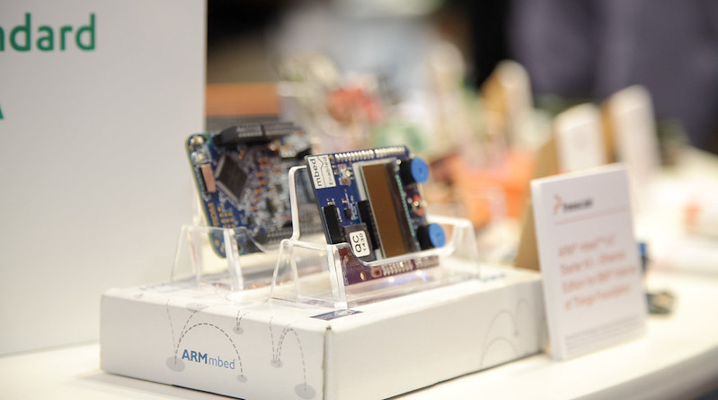 The products will put more wind behind the firm’s efforts to capture the growing market for so-called “internet of things” chips. Executives estimate that the auto and industrial automation segments alone will represent an “$8 billion silicon opportunity” by 2030, another data point illuminating why Nvidia Corp. is spending $40 billion to acquire Arm.

To address the reliability needs of the systems they’re designed to power, Arm’s latest chips pack safety features that allow them to keep operating in the event of an issue. One of the new processors can “lock” multiple cores together to reduce the risk of errors. Another can split itself into multiple virtual processors to isolate sensitive workloads.

Headlining the new chip lineup is the Cortex-A78AE central processing unit. It can power systems with ASIL D and  SIL 3 designations, industry terms used to describe sensitive components as a car’s brake control software or key mechanical parts of a robotic arm.

The Cortex-A78AE packs several new safety features headlined by an improved version of Arm’s Split-Lock technology. The technology allows two processing cores inside the CPU to be paired so that each individual computation is performed twice, that is once by each core. This allows the cores to corroborate calculation results with one another to detect errors that could undermine system integrity.

Besides problems of the routine technical error variety, the internet-connected systems the Cortex-A78AE targets also face another risk: hacking. With that in mind, Arm has equipped the CPU with a capability called Pointer Authentication. It checks sensitive portions of a machine’s software to see if they’ve been changed, which is useful for detecting attacks such as buffer overflow exploits that work by modifying system code.

At the hardware level, the Cortex-A78AE is up to 30% faster than Arm’s previous safety-oriented CPU. Or, it can provide the same performance as the previous CPU using 60% less power. Companies that license the design from Arm can use it to build CPUs with up to four cores.

Arm also announced the Mali-G78AE, the firm’s first safety-oriented graphics processing unit. The flagship feature is a capability called Flexible Partitioning that allows the chip to be split up into up to four so-called partitions, essentially mini-GPUs capable of running applications in isolation from another one. These partitions ingest data via separate memory interfaces and can be individually powered up or down and reset.

The main benefit is reliability. In smart cars, a single GPU is often responsible for running multiple applications, meaning the infotainment system might be powered by the same chip as the far more critical instrument panel on the dashboard. Running the instrument panel software on its own isolated GPU partition shields it from technical issues caused by the other, less sensitive workloads running on the chip.

The Mali-C71AE is compatible with the ASIL B and SIL 2 designations, meaning it’s suitable for high-reliability but less sensitive systems than those the ASIL D- and  SIL 3-compatible Cortex-A78AE CPU targets. Arm says the Mali-C71AE can process data from up to 16 cameras at a rate of 1.2 gigapixels per second. Under the hood, 400 fault-detection circuits look out for errors while an onboard noise reduction algorithm sharpens images by clearing up distortions.