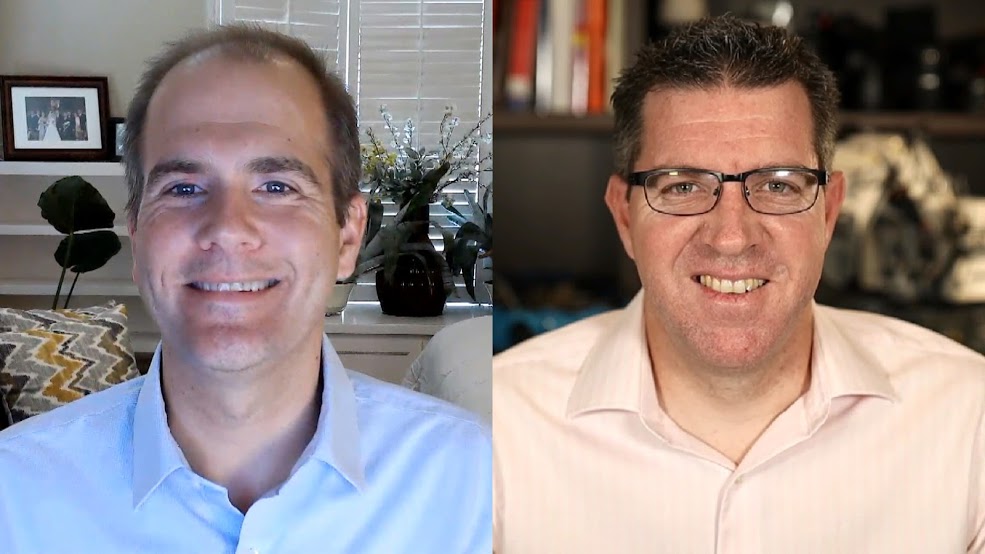 Three years into the partnership between VMware Inc. and AWS, the two companies are innovating new ways to help customers migrate to the cloud and modernize their workflows. The partnership has focused on accelerating and simplifying enterprise cloud migration and hybrid cloud deployments.

“It’s not just about migrating to the cloud,” said Mark Lohmeyer (pictured, left), senior vice president and general manager of the Cloud Services Business Unit at VMware. “It’s also about migrating and then modernizing. And so together with AWS, we have really brought together the richest set of tools for our customers to enable them to modernize those applications.”

Lohmeyer and David Brown (pictured, right), vice president of Elastic Compute Cloud at Amazon Web Services, spoke with John Furrier, co-host of theCUBE, SiliconANGLE Media’s livestreaming studio, during VMworld. They discussed VMware and AWS’ three-year partnership and what upcoming services the two companies are rolling out to the enterprise. (* Disclosure below.)

A flourishing partnership despite doubters

When VMware and AWS announced their partnership three years ago, there were plenty of critics who believed it was a mistake and would provide no real value. In particular, many thought it was a bad choice for VMware. However, the partnership has benefited customers of both companies, with VMware’s total workload count on VMware Cloud on AWS growing 140% versus this time last year, according to Lohmeyer.

In particular, customers “love the ability to rapidly migrate their vSphere-based workloads to the AWS Cloud,” said Lohmeyer. “And VMC on AWS is really a game changer from that perspective.”

One of the big announcements at VMWorld 2020 was support for native Kubernetes within VMware Cloud on AWS. AWS has also integrated VMware’s Tanzu Kubernetes Grid Service. Tanzu is a family of products that includes Tanzu Application Service, a runtime for Java, .NET and Node applications. Tanzu helps companies modernize their applications and infrastructure.

Tanzu’s Kubernetes Grid is designed to help companies get up-and-running as quickly as possible and manage their operations across hybrid-cloud infrastructures, in addition to helping companies scale with ever-changing demands, whether it be in the cloud or edge computing, according to Lohmeyer.

Another feature the two companies announced is improved disaster recovery options. One of the biggest benefits of the cloud is the ability to quickly recover from disasters, thanks to data being stored and backed up offsite, many times in an entirely different region. Even companies that prefer using a private cloud or their own data centers still rely on public cloud options for disaster recovery, according to Lohmeyer.

To aid those customers, VMware purchased disaster recovery-as-a-service company Datrium and used it as the basis for VMware Cloud Disaster Recovery. The service is paired with AWS’ S3 storage, giving companies an inexpensive way to implement a successful disaster relief strategy, according to Brown.

Despite what critics initially said, the VMware and AWS partnership made it possible for organizations to be more nimble and scale with demand. The two companies have also made it easier to recover from disasters and ensure the integrity of their data and operations, Brown added.

“I mean the partnership has just been incredible working with VMware. … I think we’ve seen really deep engineering engagements but also leadership engagements and support from leadership on both sides,” Brown said. “It’s really set us up with a partnership that we have today which has been phenomenal.”

It’s a safe bet the two companies will continue to integrate their services even more, bringing new features and abilities to bear for the enterprise.

Watch the complete video interview below, and be sure to check out more of SiliconANGLE’s and theCUBE’s coverage of VMworld. (* Disclosure: VMware Inc. sponsored this segment of theCUBE. Neither VMware nor other sponsors have editorial control over content on theCUBE or SiliconANGLE.)