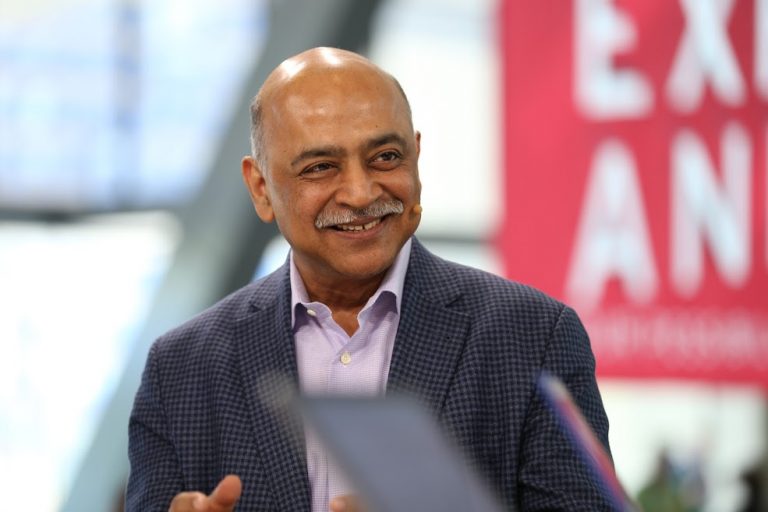 In a landmark move, IBM Corp. today announced plans to spin off its $19 billion managed infrastructure services unit into a separate company by the end of 2021.

Chief Executive Officer Arvind Krishna (pictured) said that the spinoff will free up IBM to fully focus on its higher-margin and higher-growth hybrid cloud business. Narrowing the company’s focus, Krishna added, will put the company on a better revenue growth trajectory as it pursues what he described as the “$1 trillion hybrid cloud opportunity.”

“IBM has always transformed itself to better help clients move from one technological era to the next,” the CEO wrote in a blog post. “This is the through line that connects all of the important moments that mark our rich history. From punch cards, to vacuum tubes, to transistors, to mainframes, to PCs and now hybrid cloud and AI — the history of IBM is largely the story of a company set on a path of continuous transformation.”

The managed infrastructure services unit being spun off has about 90,000 employees who support more than 4,500 large enterprise customers worldwide. Its client base includes more than three-quarters of the Fortune 500. The unit provides services such as cloud migration assistance, hosting and network management, among many others.

The plan is that the unit, once separated, will operate as a standalone entity under a new yet-undetermined name. IBM is referring to the entity as NewCo for the time being.  It will be a tax-free spinoff for IBM shareholders and, following the move’s completion, they will receive separate dividends from the two companies that will be “no less” than IBM’s pre-transaction dividend per share.

“It makes sense both financially and strategically,” said Dave Vellante, chief analyst at SiliconANGLE sister market research firm Wikibon and co-host of SiliconANGLE’s video studio theCUBE. “Once again, IBM is shedding lower-margin, nonstrategic operations in an attempt to streamline its business and get on a consistent growth trajectory. For years IBM has been on this path, for example with its x86 server and microelectronics businesses. So far it hasn’t produced the desired outcomes at the pace I would have hoped.”

The spinoff will lead to a notable change in IBM’s revenue base. Currently, services account for more than 60% of the company’s total sales. According to IBM, the spinoff will shift the balance such that a majority of its revenues will come from “cloud software and solutions.”

The hybrid cloud business at the center of the strategic refocus received a key boost last year when IBM acquired Red Hat Inc. for $34 billion. This past quarter, Red Hat’s sales jumped 17% even as IBM saw its total revenue decline 5.4% in the same period.

“IBM’s future is hybrid cloud,” Vellante said. “Red Hat and OpenShift are the linchpin of this strategy and that’s where IBM needs to focus. Krishna has said IBM must win the architectural battle for hybrid cloud and spinning out a business that doesn’t contribute to that goal makes sense.”

The spinout benefits both IBM and the managed infrastructure services unit, Vellante explained. “It lessens IBM’s reliance on professional services, while at the same time allowing the spinout to more freely cut deals with other cloud providers. To maintain relevance, IBM needs to be seen as a technology innovator and having an internal managed hosting business doesn’t contribute to that end.”

Indeed, said Daniel Elman, an analyst at the IT research firm Nucleus Research, “thanks to this spin-off, NewCo will be able to invest more rapidly in developing value-added cloud services to achieve feature parity with market leaders like AWS and Microsoft Azure.” In addition, he said, “IBM’s reputation and robust enterprise customer base will trickle down to NewCo, allowing it to immediately compete with leading players.”

The unit being spun off as NewCo is one part of IBM’s broader services business, which is known as the Global Technology Services division and also operates in other areas. The remaining parts of the division won’t be unloaded. However, some see that potentially changing in the future.

“I see this is a trial balloon by the management team to shed low-profitability services and see how that goes for NewCo and IBM,” said Constellation Research Inc. analyst Holger Mueller. “If it all goes well I see IBM shedding Global Business Services as well. Before COVID, there were 100,000 IBMers making their daily living with SAP, Oracle and Microsoft. That’s higher-margin services, but still not a product multiple.”

IBM expects to incur a $2.5 billion charge related to the spinoff, Reuters reported. Wall Street appears to approve of the move, with shareholders having sent IBM’s stock soaring nearly 10% at one point this morning.

IBM is currently up about 5% over its Wednesday close.