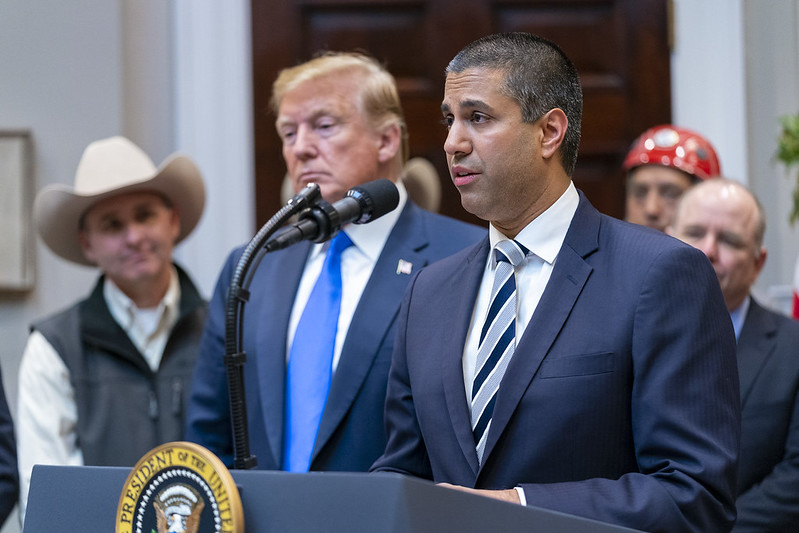 After complaints about handling of news story, FCC moves to regulate social media

The Federal Communications Commission today said it’s in the process of regulating social media platforms such as Facebook Inc. and Twitter Inc.

The move comes a day after President Trump aired his disdain for the platforms for their handling of a dubious news story in the New York Post about Democratic presidential candidate Joe Biden’s son Hunter. The two sites limited or prohibited sharing of the article pending fact checks. In a tweet, the president fired some arrows at the two companies and ended by saying, “REPEAL SECTION 230!!”

Section 230 is a part of the U.S. Communications Decency Act of 1996 that provides immunity for website publishers from third-party content. The President, as well as other Republicans, believe that the platforms’ repression of the said article was another case of bias against conservatives.

Some kind of change in the legislation has been in the wind for some time. Earlier this year, proposals were introduced that would limit the immunity that social media companies have from being sued for what appears on their platforms. The statute presently allows tech companies to take down a post without the risk of being sued if they deem it to be “obscene, lewd, lascivious, filthy, excessively violent, harassing or otherwise objectionable.”

“Members of all three branches of the federal government have expressed serious concerns about the prevailing interpretation of the immunity set for in Section 230 of the Communications Act,” said FCC Chairman Ajit Pai (pictured) in a statement today. “There is bipartisan support in Congress to reform the law. Social media companies have a First Amendment right to free speech. But they do not have a First Amendment right to a special immunity denied to other media outlets, such as newspapers and broadcasters.”

In May, Trump signed an executive order to limit Section 230’s legal protections. Trump is certainly gung ho about revising the statute, as are many other Republicans who believe social media companies have too much power to remove content they deem offensive. But many Democrats want to preserve the legislation.

Geoffrey Starks and Jessica Rosenworcel, two of the FCC’s Democratic commissioners, don’t support Pai’s call, and indeed some observers pointed out that the FCC itself has no say in the matter. “We’re in the midst of an election,” tweeted Starks. “The President’s Executive Order on #Section230 was politically motivated and legally unsound. The FCC shouldn’t do the President’s bidding here.” Rosenworcel echoed that opinion, tweeting, “The FCC has no business being the President’s speech police.”

It’s not certain yet how the legislation would be modified. It could leave social media companies with some big decisions to make. Depending on the revisions, they might take a hands-off approach to moderation, or they could enforce much stricter rules just as a regular media company would.

Facebook didn’t respond, but Twitter in a statement called the move “ a reactionary and politicized approach to a landmark law” and threat to “the future of online speech.”