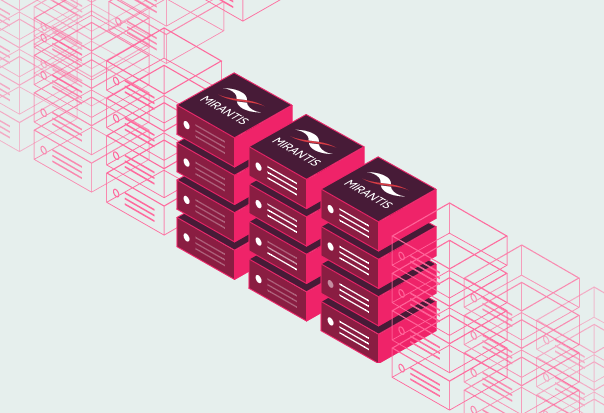 Mirantis Inc. today introduced a new version of its open-source Lens platform that will enable developers to manage the components of their Kubernetes clusters via a centralized interface.

The centralized management is made possible by the Extensions API, a new application programming interface that makes it possible to expand the platform’s default feature set. It’s rolling out with support from more than a half-dozen partners on launch.

Lens is a popular open-source platform for managing Kubernetes that Mirantis acquired earlier this year. It has more than 35,000 users at companies that include Apple Inc., Zendesk Inc. and Adobe Systems Inc., among others. It serves as a centralized hub from which developers can configure Kubernetes, monitor their clusters and perform troubleshooting when a technical issue arises.

Mirantis says the Extensions API expands those capabilities to make developers’ day-to-day work easier. Enterprise container environments typically include not just the Kubernetes framework itself, but also additional, Kubernetes-integrated components and tools that provide complementary features such as network security. The Extensions API makes it possible to manage those additional components via Lens alongside Kubernetes itself, thereby centralizing developers’ workflow.

The Extensions API is an application programming interface that provides the ability to create extensions. Those extensions, in turn, can integrate various Kubernetes-integrated components and tools into the Lens interface. Several extensions can be combined together to let developers manage multiple Kubernetes-integrated components via the same console they use to configure the framework itself.

Extensions API is rolling out with initial support from nine Kubernetes tooling providers. Among them are Tigera Inc., which has created a Lens extension for its Calico container networking software, recently funded Kubernetes threat detection startup StackRox Inc. and nCipher Security LLC, among others.

The Extensions API will “transform Lens into a fully featured cloud native development IDE that we can extend and enhance without limits,” said Miska Kaipiainen, a co-creator of Lens and Mirantis’ senior director of engineering. Since Lens is open-source, savvy enterprises can theoretically also build their own custom extensions tailored to their developers’ specific requirements.

For makers of Kubernetes tools, in turn, Mirantis’ Kaipiainen said the ability to make their software accessible via the native Lens interface through extensions will open a “channel to reach tens of thousands of active Kubernetes developers” who use the platform.