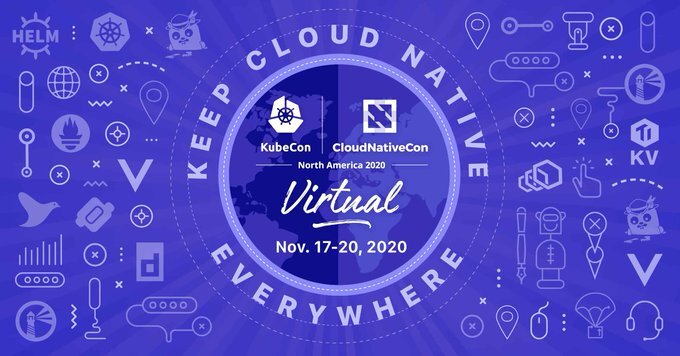 Watch live: The future of Kubernetes is top of mind at KubeCon + CloudNativeCon NA 2020

The Kubernetes story in 2020 is not so much about how it has become ubiquitous in enterprise computing, but rather how the groundwork is being laid for it to disappear.

The popular container orchestration tool has continued its massive growth path, with 91% of companies reporting adoption and 75% use within enterprise production environments, according to a recent StackRox Inc. report. Yet the real action surrounding Kubernetes involved a trend that became more noticeable a year ago during KubeCon 2019 in San Diego. There it became apparent that the Kubernetes’ future resided in the land of abstractions, being able to manage away complexity and reduce dependence on the infrastructure to get work done.

“Kubernetes has become a fundamental ingredient of cloud automation and scalability,” said David Floyer, co-founder and chief technology officer at Wikibon Inc. “It has also become a lynchpin of bringing cloud native capabilities across clouds and cloud-like experiences to on premises workloads. Our data shows containers generally and Kubernetes specifically is one of top areas of focus for developers and technology executives alike. It has been an open-source game changer to simplify the creation of modern applications and accelerate value for organizations.”

Within the open-source community, Kubernetes was becoming a platform like the cloud on which other platforms would be built. As Kubernetes expert Kelsey Hightower would tweet less than a month after KubeCon 2019 concluded, “The cloud made the hypervisor disappear. Kubernetes will be next.”

This and other key trends surrounding the container tool will be the focus of discussion at KubeCon + CloudNativeCon North America 2020 from Nov. 17–20, and theCUBE, SiliconANGLE Media’s livestreaming studio, will cover the virtual event starting November 18. Coverage will feature interviews with members of the Cloud Native Computing Foundation, company executives, and technology thought leaders, focusing on open-source developments and cloud native trends, how the CNCF is maintaining an interactive contributing community during the global pandemic, the evolving role of security and ongoing support of Kubernetes by large-scale enterprises. (* Disclosure below.)

Kubernetes is unlikely to disappear in the literal sense. While there are over 100 tools in the CNCF, 89% of respondents in a survey by the foundation earlier this year reported they use some form of Kubernetes. However, the next wave of enterprise tools on the horizon reflects a distinct interest in building on top of Kubernetes, previewing a time when the technology will simply become part of the IT furniture.

One example of Kubernetes’ evolution can be seen in the development of Kubeflow, an open-source platform for running machine learning tasks on Kubernetes. It was co-developed by a number of key industry players, including Red Hat Inc. and IBM, and the project announced its first major release in March.

How extensively is this platform built on Kubernetes being deployed in the enterprise? The list of companies running Kubeflow in production include Chase Bank, Amazon Web Services, Intel, Dell Technologies Inc. and Alibaba Cloud.

“Kubeflow’s goal is to make it easy for machine learning engineers and data scientists to leverage cloud assets (public or on-premise) for [machine learning] workloads,” the project’s co-authors wrote in an announcement at the time of the release. “With Kubeflow, there is no need for data scientists to learn new concepts or platforms to deploy their applications, or to deal with ingress, networking certificates, etc.”

It is instructive to see how companies are shaping their business strategies around building solutions that abstract away some of the complexity that has surrounded Kubernetes from the start. Commvault Inc., a provider of data protection solutions, made its own move in this direction when it acquired Hedvig Inc. for $225 million in 2019.

The Hedvig purchase provided Commvault with an integrated system framework to abstract data from infrastructure and provide management capability for the storage where data lives. Increasingly, that data can be found in Kubernetes-orchestrated containers.

“It’s part of the cloud journey and how you build your cloud native application,” said Manoj Nair, general manager of Metallic.io, a Commvault venture, in an exclusive interview with SiliconANGLE. “That Kubernetes fabric is now wide enough. People don’t have to think about this choice or that choice.”

Clusters and the edge

One of the key needs within the Kubernetes ecosystem is to scale across clusters. This has become an important requirement for enterprises seeking to orchestrate data management in hybrid environments and across multiple clouds.

The acquisition of Portworx Inc., a provider of software for Kubernetes clusters, by Pure Storage Inc. for $370 million in September underscored the significance of an infrastructure-focused solution. Portworx’s Kubernetes Data Services Platform makes it easier to provision storage resources required by container technology.

“For someone who is deploying apps, they are doing that with the help of Kubernetes, and their hands never leave the Kubernetes wheel,” said Murli Thirumale, co-founder and chief executive officer of Portworx, during an interview with theCUBE at the time of Pure’s acquisition. “Now all of a sudden they are deploying data and storage and doing all of that without an intimate knowledge of the storage infrastructure.”

The enterprise tech industry is gravitating toward solutions at the edge. With this major focus on the role of Kubernetes in the infrastructure, it should come as no surprise that when CNCF approved its first edge computing project — KubeEdge — in September, it involved the container orchestration tool. KubeEdge was originally developed by an affiliate of Huawei Technologies Co. Ltd., the global Chinese information and communications firm. It is a platform to provide infrastructure support for application deployment using Kubernetes as the underlying foundation.

CNCF’s acceptance of KubeEdge as an incubating project may in fact be just one of many new open-source solutions targeting Kubernetes as the fabric for data management in the enterprise. In a list of the top five CNCF sandbox projects to watch for 2020–2021, KubeEdge ranked first and three others were Kubernetes-based. Perhaps even more significant has been the participation in these projects by large industry players.

One of these top projects is OpenEBS, a cloud native platform that provides persistent block storage for container environments using Kubernetes as the support layer. IBM has taken an interest in OpenEBS, making it available to its Cloud Private users.

“For this upcoming year we’re working towards just one independent machine or what we call a single-node cluster,” said Joe Fernandes, vice president and general manager, Core Cloud Platforms for Red Hat, during a recent interview. “This is sort of Kubernetes at the edge, where it just all runs on one machine. And so you have to have control and support for the applications on that machine.”

Cluster monitoring … edge processing … storage management. Kubernetes is being transformed into the “invisible” platform envisioned by Hightower where developers no longer need to care about the infrastructure to get things done. Ultimately, Kubernetes may indeed disappear, but it won’t be hard to find.

KubeCon + CloudNativeCon NA 2020 is a livestream event, with additional interviews to be broadcasted on theCUBE. You can register here to access the live event. Plus, you can watch theCUBE interviews here.

We offer you various ways to watch the live coverage of KubeCon + CloudNativeCon NA 2020, including theCUBE’s dedicated website and YouTube channel. You can also get all the coverage from this year’s events on SiliconANGLE.

(* Disclosure: TheCUBE is a paid media partner for KubeCon + CloudNativeCon NA 2020. Neither Cloud Native Computing Foundation, the sponsor for theCUBE’s event coverage, nor other sponsors have editorial control over content on theCUBE or SiliconANGLE.)