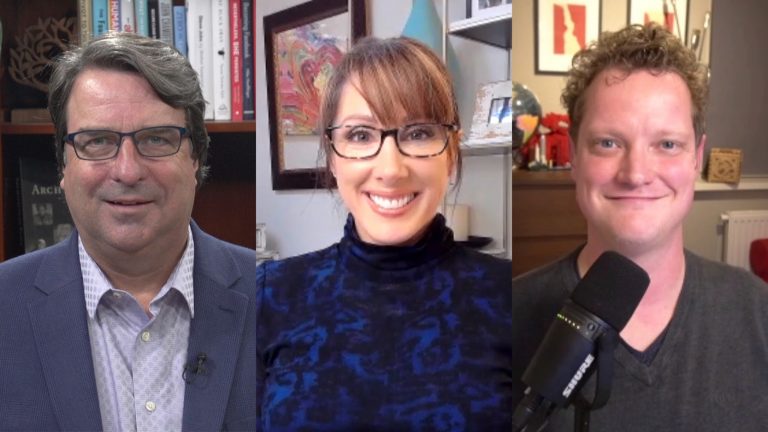 As KubeCon + CloudNativeCon NA kicks off for another year, hosts of theCUBE, SiliconANGLE Media’s livestreaming studio, reflect on the virtual event, remember former Cloud Native Computing Foundation Executive Director Dan Kohn and discuss what the future holds for the CNCF now that the mainstream has embraced open-source.

“I want to say Dan, Godspeed,” said theCUBE host John Furrier (pictured, left). “He was a great guy, friend to everyone and super-great human being.”

Diversity, community connection and open-source entering the mainstream were repeating themes throughout the event. Out of these, diversity took the spotlight with the announcement of the CNCF’s Inclusive Naming Initiative, which is creating a framework for systematically replacing divisive terms.

This marks a move away from a focus on technology toward building a more diverse community where everyone can reap the rewards of open-source, according to Piscaer.

“They’re fighting for inclusivity; they’re fighting for diversity, for resilience in terms of their community,” he said. “They are really working on making the open-source community more accessible both for end-user companies as well as software developers to enter the space and make their contribution.”

The implicit driver behind this is that open source is no longer solely the domain of the DevOps crowd, according to Furrier.

The COVID-19 pandemic has been another catalyst to the CNCF opening to a broader audience, according to Piscaer. “Because everything is now digital and virtual, it opens the community up,” he said. “Many people who for whatever reason weren’t able to join in person, are able to join virtually and digitally.”

Another plus is that virtual conversations create a deeper, more authentic connection as people reveal their personal side, according to Martin.

“People have three-year-olds as co-workers, and they’re running in the room and they’re screaming behind them. That’s how things are today. We’re learning to work with that, but we’re also seeing people in a more human way,” she said.

Even while opening and welcoming diversity, open source remains a tight-knit community with common goals, according to Furrier.

“They realize that they have a lot of power to effect change … and people are pumped about it,” he said. “So, I think the big focus was that the CNCF is successful.”

Open source is now validated completely, according to Piscaer.

“The CNCF’s role in making that open-source community broadly accessible and inclusive is the biggest win to look back on,” he concluded.

Here’s the complete video analysis, part of SiliconANGLE’s and theCUBE’s coverage of the KubeCon + CloudNativeCon NA event. (* Disclosure: TheCUBE is a paid media partner for KubeCon + CloudNativeCon NA 2020. Neither Cloud Native Computing Foundation, the sponsor for theCUBE’s event coverage, nor other sponsors have editorial control over content on theCUBE or SiliconANGLE.)