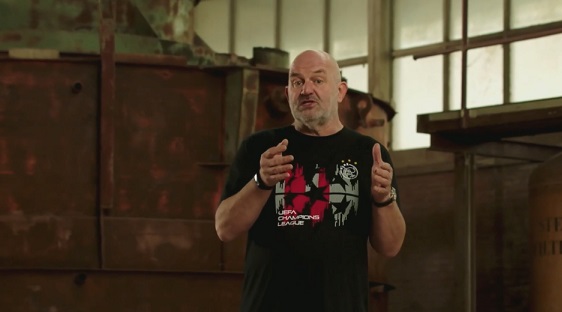 After two straight weeks and a steady drumbeat of new product and service announcements during re:Invent 2020, Amazon Web Services Inc. kicked off the third week of it’s three-week event by sitting back and taking a breath.

Today’s keynote presentation by Werner Vogels (pictured), chief technology officer and vice president of Amazon.com Inc., was notable less for the new products he announced and more for his observations about the current complexity of the enterprise computing infrastructure and what AWS was doing to address it.

“This talk was really different for Werner,” said Rob Hirschfeld, founder and chief executive officer of RackN Inc. “It felt like an application management operational talk from five years ago. Everyone asked Amazon to take a breath rather than adding more services into the mix. They’ve come back and said: ‘We need to help people operate this platform.’”

Hirschfeld spoke with John Furrier, host of theCUBE, SiliconANGLE Media’s livestreaming studio, during the keynote analysis at the start of a third week of sessions for AWS re:Invent. He was joined by cloud consultant Sarbjeet Johal, and they discussed how the latest AWS tools were designed to address network complexity, a loss of systems thinking within the tech industry and why it will continue to be important for AWS and other cloud providers to focus on the operational side. (* Disclosure below.)

The announcements made by Vogels today were focused on infrastructure management and observability tools. These include a new console inside AWS Systems Manager, which provides administrators with technical information about workloads running on AWS, and Fleet Manager, which allows IT staff to modify configuration settings.

“The complexity of the AWS stack itself is increasing,” Johal said. “They have been focused on developers longer than they needed. Now they have to focus on operations.”

A focus on operations means taking a closer look at systems thinking, an understanding of how interconnected systems work over time. A number of technologists have been expressing concern that systems thinking has taken a back seat in the rush to build new solutions and solve problems faster.

“Without systems thinking, you don’t understand the consequences when things change,” Furrier said. “Application developers need to make it work. That’s going to be the big wakeup call for the next 10 years.”

Vogels chose an abandoned sugar factory that was built in the mid-1800s in his hometown of Amsterdam as the setting for his keynote on Tuesday. It was a reminder of a time when the technology was all on the shop floor, fully observable for inspection at any time when an operational process went awry.

“The enemy here is complexity; we are bringing so much complexity into these systems,” Hirschfeld said. “A lot of what we’ve been building today is almost impossible to observe. We can’t sustain infrastructure like that.”

One of the AWS solutions designed to address issues caused by complexity in current systems is an embrace of chaos engineering. The AWS Fault Injection Simulator, announced by Vogels today, will inject failures into applications running on the cloud provider’s systems as experiments to test issue response.

For participants in the cloud ecosystem, such as Johal, AWS is providing developers with an opportunity to abstract away complexity using software-based tools.

“Abstraction is your friend in software,” Johal said. “We can abstract complexity behind the curtain.”

Vogels concluded his nearly two-hour keynote with an admonishment that developers should take the opportunities provided by AWS and “go build.”

“Instead of saying, ‘Go build,’ he could have said, ‘Go build and operate,’” Johal noted. “They need to operate that stuff once it’s built.”

Watch the complete video interview below, and be sure to check out more of SiliconANGLE’s and theCUBE’s coverage of AWS re:Invent. (* Disclosure: Amazon Web Services sponsored this segment of theCUBE. Neither AWS nor other sponsors have editorial control over content on theCUBE or SiliconANGLE.)