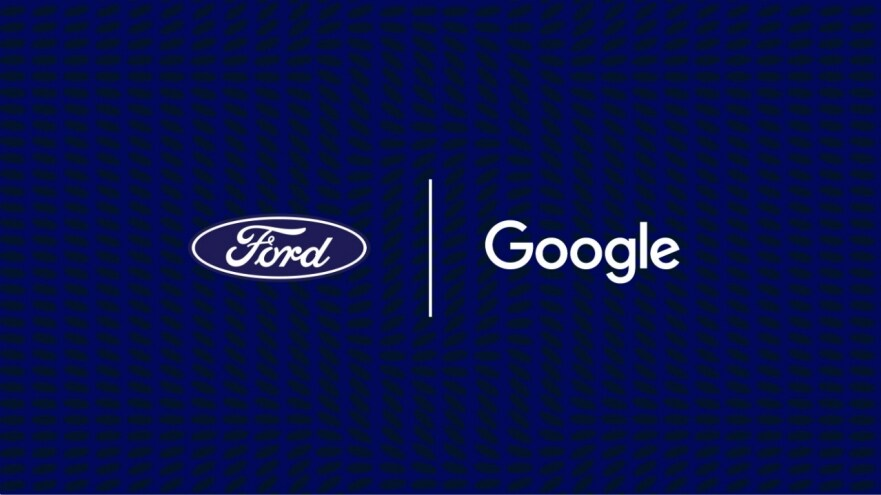 Ford and Google team up for Android-powered connected cars

Under the agreement, Ford has also named Google as its preferred cloud provider and plans to form a “collaborative group” with employees from the search giant to pursue new technology projects.

The part of the agreement that focuses on Android will see Ford bring the operating system to millions of future vehicles from the Ford and Lincoln brands starting in 2023. “We are working with Ford on a number of pieces on how Android will be integrated,” Google Cloud Chief Executive Officer Thomas Kurian told reporters today. Among other things, the companies are looking at offering in-vehicle software tools to help car owners with tasks such as finding the fastest route to a designation.

Ford plans to power some of the planned software tools by making key Google apps, including Maps and Google Assistant, available in its Android-powered vehicles. Consumers will also have access to the Play Store, for downloading apps from third-party developers.

The software experience inside Ford’s upcoming Android-powered vehicles will be supported by an analytics backend running on Google Cloud. That analytics back end, Kurian said, will facilitate features such as automatic maintenance reminders.

The partnership also extends beyond in-vehicle services. Ford said it intends to use Google Cloud to enhance its product development, manufacturing and supply chain management operations. As part of the initiative, the automaker will experiment with using artificial intelligence to help train employees and to improve the reliability of plant equipment.

To support the effort, Ford is teaming up with Google to form a group called Team Upshift that will focus specifically on applying new technologies in the automaker’s operations. The group is set to include employees from both companies. “This co-creation team… will be truly unique and special in the industry,” said David McClellan, Ford’s vice president of strategy and partnerships.

The automaker maker also expects to realize certain other, indirect operational benefits from the deal. Ford currently develops much of the software powering its vehicles’ infotainment systems in-house. In a blog post, McClellan wrote that the switch to using Android and Google apps such as Google Assistant to power key features will allow the automaker to “divert significant software engineering talent” to higher-value activities.

For Google, in turn, the deal with Ford will advance an ongoing strategic initiative to bring its technology to more parts of the auto sector. Kurian said that the search giant and Ford are together aiming to “help transform the technological foundation of the auto industry.” The partnership, the executive added, “is not the last one we will do in the industry.”

Google’s deal with Ford comes as the search giant faces increasing competition from Amazon.com Inc. in the auto sector. Last month, Fiat Chrysler Automobiles NV signed up to use Alexa Custom Assistant, a new offering from Amazon that enables companies to develop customized versions of its voice assistant for cars and other products. Multiple other automakers are adopting Alexa as well.