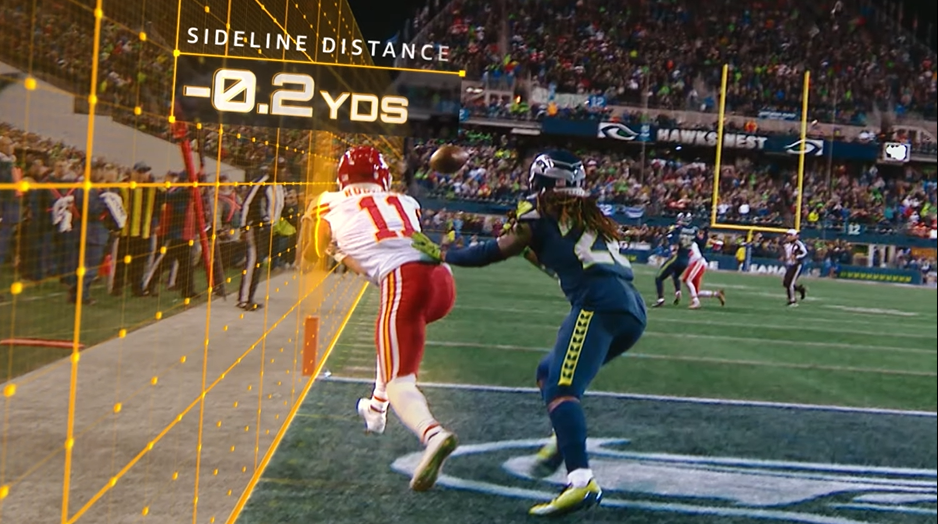 Ahead of the Super Bowl on Sunday, Amazon Web Services Inc. today shared details about its collaboration with the NFL to enhance the league’s Next Gen Stats game analytics system.

Next Gen Stats enables the NFL to display game statistics during broadcasts to enhance the viewing experience for fans. The system displays information such as the number of yards that a player is expected to carry the football after catching it. Next Gen Stats’ back-end infrastructure is hosted on Amazon Web Services.

The NFL is currently developing enhancements that will enable the system to generate new, more sophisticated insights into player performance. For example, viewers could one day receive an estimate of whether a play could have turned out differently if the quarterback had thrown the football to a different team member. To enable such insights, the NFL and AWS developed an artificial intelligence model capable of performing “defender ghosting,” a project that the cloud giant detailed in a blog post this morning.

The project was a joint effort between NFL engineers and scientists from AWS’ Amazon Machine Learning Solutions Lab. According to AWS, the purpose of the defender ghosting model is to predict the trajectories defensive backs are likely to choose after the ball leaves the quarterback’s hand. Knowing what tactics defensive backs could use is essential to generate more in-depth play effectiveness projections.

To build the defender ghosting model, AWS and the NFL had to overcome a number of technical obstacles. One of the biggest issues was data quality: Next Gen Stats generates game insights by collecting measurements from sensors embedded in players’ shoulder pads, inside the football and throughout the stadium. Those sensors sometimes generate inaccurate measurements.

The issue was that some of those inaccuracies made it into the training dataset the NFL had used to build the defender ghosting model, which hurt the model’s reliability. According to AWS, the Amazon Machine Learning Solutions Lab helped the league’s engineers identify the problem and developed a solution. To rid the training dataset of errors, AWS’ experts created rules to filter inaccurate measurements.

“On the basis of conversations with the NFL, the research team threw out all the player tracking data that violated a few cardinal rules,” AWS’ blog post detailed. “For instance, players’ trajectories should never take them off the field, and their speed should never exceed 12.5 yards per second (NFL players’ measured speeds top out at around 11 yards per second).”

After sorting out the data quality challenges, AWS optimized the defender ghosting model’s features. Features in a machine learning context are factors, such as player speed, that a model uses to generate results. An AI should ideally base its calculations on the factors that have the biggest impact on the outcome it’s trying to estimate.

To help the NFL optimize its defender ghosting model’s features, AWS created a second, less accurate version of the model based on a different AI design approach called gradient boosting. Gradient boosting has accuracy limitations, but during development, it allows engineers more easily to find the features with the biggest impact on result reliability. AWS’ scientists used the lessons from the less accurate gradient-boosting implementation of the model to enhance the main version.

In the wake of the project, the cloud giant is already working with the NFL to find additional ways of using AI to enhance Next Gen Stats. “Defender ghosting is just one example of the ways in which AWS scientists are contributing to the development of Next Gen Stats,” AWS said. “Among other things, they’re looking at whether computer vision can help determine first downs.”