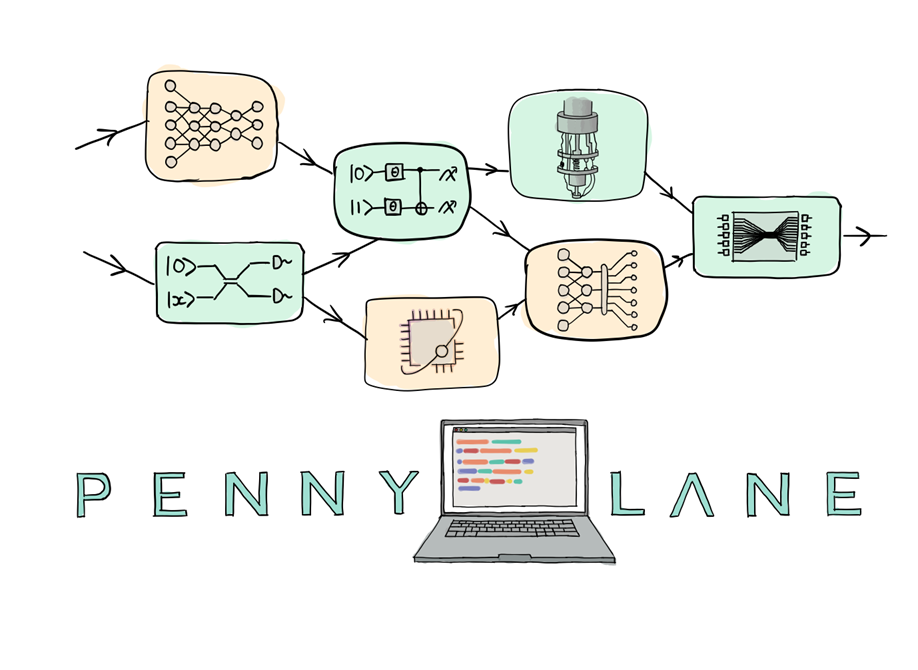 Amazon Web Services Inc. will play a central role in advancing quantum computing after announcing today that it has joined the steering council of the open-source PennyLane project.

The PennyLane framework was created by a company called Xanadu Quantum Technologies Inc. It provides an interface to common machine learning libraries such as PyTorch and TensorFlow that are used to train machine learning models. It enables developers to use those libraries to train quantum circuits in the same way they train neural networks on traditional computers.

PennyLane’s core feature is that it allows quantum hardware to be integrated into classical machine learning models with full support for backpropagation, which is the main workhorse for training deep learning models.

Amazon first got involved with PennyLane in December when it announced that its fully managed quantum computing service Amazon Braket was adding support for the framework. It said at the time that the integration would make it possible for developers to test and fine-tune their quantum algorithms faster and at a much bigger scale on fully managed simulators, then run them on a choice of quantum computing hardware that’s available through the Braket service.

Now, Amazon is aiming to play a much bigger role in the future of PennyLane. In a blog post, Xanadu’s quantum software lead Josh Izaac and Amazon Braket’s senior product manager Eric Kessler said the companies share the same idea of “building better tools for developers and researchers by bringing together ideas and concepts from machine learning and quantum computing.”

In particular, the companies believe that quantum computing stands to benefit immensely from the principle of open-source development, in the same way that machine learning did. “By making the workhorse algorithms underpinning machine learning accessible, easy to use, and high-performing, open-source software has allowed rapid innovation across a worldwide community,” Izaac and Kessler said.

They explained that machine learning only really kicked off and became mainstream when resources such as data, compute power and open-source software became widely available. That’s when it suddenly became more practical for a broad ecosystem of developers to build and try out different algorithms for various use cases. Now, with PennyLane and AWS Braket, Xanadu and AWS say, they are providing the same, easily accessible compute resources and open-source tools available to those interested in creating algorithms for quantum computing.