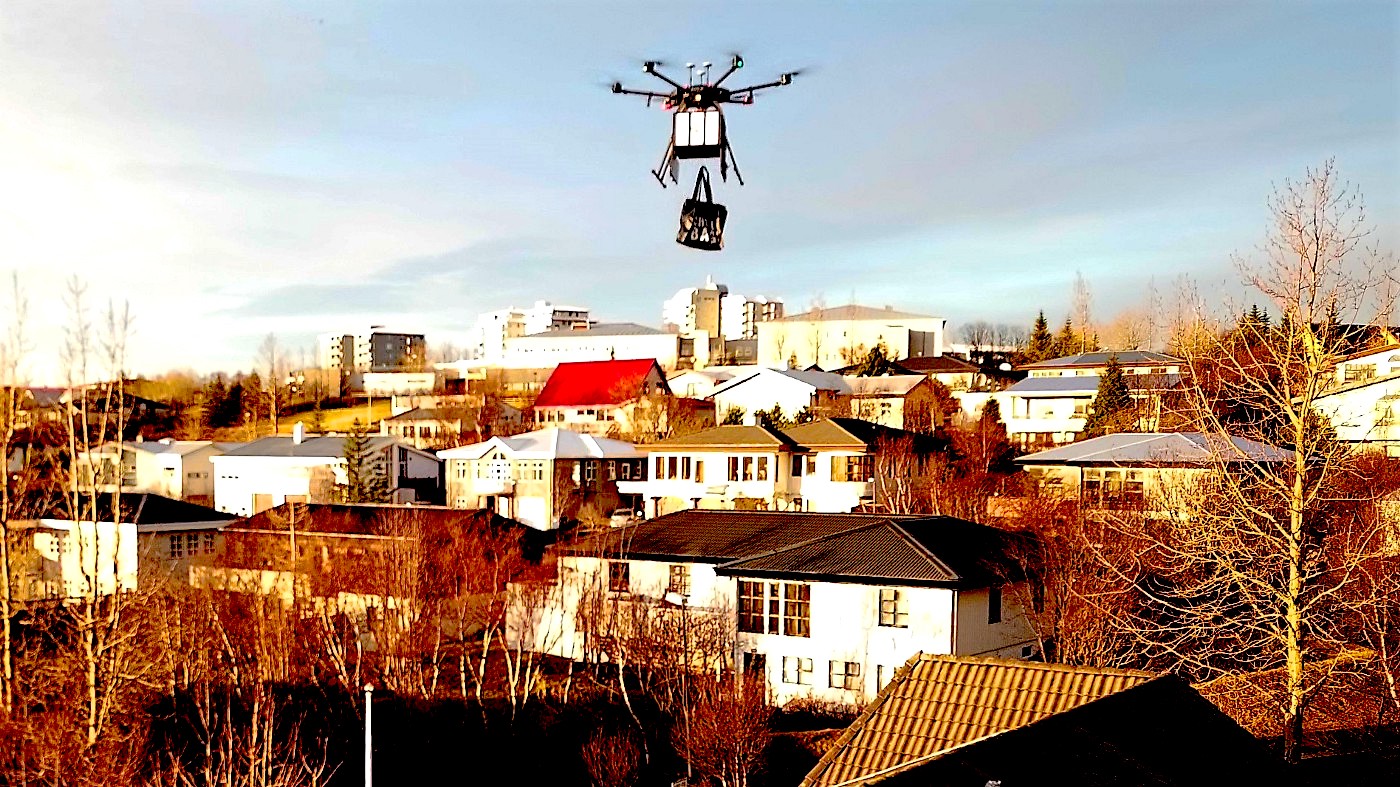 With a clear runway, the drone industry finally taxis for takeoff

Like planes stacked on a runway during a busy holiday, the drone industry has been stuck in a holding pattern for several years as government authorities debated controls and companies labored to develop support networks.

But now, two new sets of regulations issued by the U.S. Federal Aviation Administration at the end of December, coupled with progress among drone practitioners in creating a reliable network for deliveries, offer promise for an industry that has been waiting for its turn in the sun.

According to the Drone Market Report released last year, the industry is posed to take a major leap forward, with growth from $22 billion in 2020 to a projected $43 billion in 2025. There are currently more than 1.7 million drone registrations in the U.S. alone.

“Building a drone with an app is easy,” Yariv Bash, co-founder and chief executive officer of Flytrex Aviation Inc., said during a virtual panel discussion hosted by the Silicon Valley Forum earlier this month. “Certifying an airplane for usage all over the U.S.? That’s a very different mission and it should be. We’ll see the first large deployments later this year.”

What opened the gates for the drone industry has been the release of long-awaited regulations by the U.S. government. In late December, the FAA announced a Remote ID rule which required that drones broadcast the equivalent of an “electronic license plate.” The other ruling cleared the way for small drones to fly over people in both daytime and at night under specific conditions.

These recent requirements by the FAA solved a potential “wild west” scenario where drones would ply the skies without accountability for ownership or tracking and provided a framework under which drone delivery companies could offer services to a wider audience.

The first company to receive a complete certification from the FAA to fly beyond a pilot’s visual line of sight – known as Part 135 – was United Parcel Service in 2019. Since then, UPS has operated more than 3,800 drone delivery flights in the U.S. The FAA’s latest regulations will undoubtedly increase options for deliveries in a world which has been transformed by COVID.

“We know how to do this stuff at scale,” said Bala Ganesh, vice president of the Advanced Technology Group for UPS. “Drones will be one other mode that will get it done.”

How the expanding ecosystem of drone companies will fit into a developing delivery picture is one of the stories to watch over the next year. Flytrex Aviation has been delivering groceries and goods in Reykjavik, Iceland since 2017 (pictured). More recently, it has piloted programs in North Dakota and North Carolina, including a trial project with Walmart Inc. announced in September.

The carrier uses drones which travel at speeds of 32 miles per hour, carrying a little over six pounds over distances of approximately six miles per round trip. Drone deliveries are lowered to the ground from 80 feet rather than trying to find a convenient spot to land.

“We can manage to perform deliveries that are equivalent in pricing to a guy in a 2012 Toyota bringing you a cheeseburger,” said Bash during the panel session.

Flytrex’s pricing model may spur usage, but to match the current pace of car deliveries, which has mushroomed during COVID times, the drone industry will need to build out a reliable, comprehensive infrastructure.

WiBotic Inc., which focuses on industrial wireless charging, has been working on authorization for high-power transmitters and receivers which could help extend the ability for drones to fly beyond 30 minutes on a single battery charge. And DroneDeploy recently raised $50 million in new funding to expand a growing portfolio of cloud-control software solutions for drones.

Not to be forgotten is how the drone airspace itself will be managed. Startup Airspace Link Inc. has been focused on building a drone tracking system with mapping capabilities and services in cooperation with local, state and federal governments.

“The biggest gap we’re trying to solve is to create a shared infrastructure that drone operators can use,” Michael Healander, chief executive of Airspace Link, said during discussion at the Silicon Valley Forum event. “We’re trying to pave the way and get communities comfortable with it.”

Although the drone business has fostered a community of startups, the presence of major tech companies such as Google LLC and Amazon.com Inc. could play a significant role in the future growth and direction of the industry.

One of the large tech giants has encountered headwinds in getting drone services off the ground. After unveiling the latest iteration of its Prime Air delivery drone service in 2019, and winning key FAA approval last August, Amazon announced in November that it would lay off members of its Prime Air staff amid reports the company would outsource manufacturing of its unmanned vehicles.

The Google Wing drone delivery project has apparently progressed faster than Amazon’s, with more than 5,000 deliveries direct to customers as of last year. Yet its operations have been confined to select cities in Australia and Finland and the town of Christiansburg, Virginia. Unlike Amazon and UPS, Google also lacks a built-in logistics network with established customer demand.

A Google-funded economic impact study from Virginia Tech found that over a five-year period, drone delivery would reach half of a city’s residents, generate an uptick in retail and restaurant sales, and save customers hundreds of hours of shopping time per year. The price point that will ensure a thriving mass market is still to be determined.

“Economic models are going to be the key,” said UPS’ Ganesh during the forum. “What is a customer willing to pay?”

By this time next year, UPS and the rest of the drone delivery industry may have a better answer for that question.