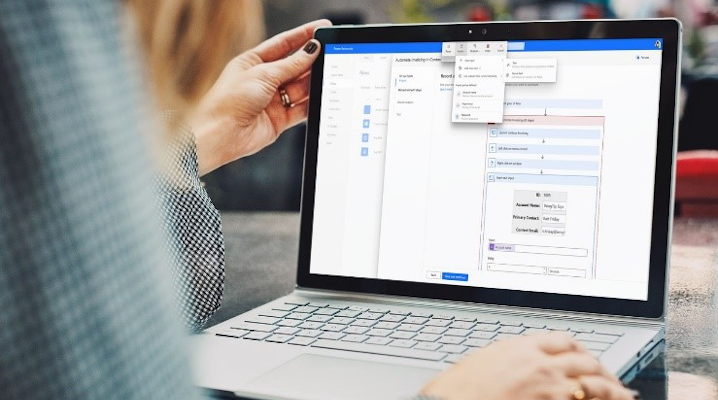 The low-code software development market is emerging as one of the hottest markets in enterprise technology, and Microsoft Corp. is gunning for a slice of that pie as it rolls out another slew of updates to Power Platform.

Microsoft’s Power Platform is a suite of three products, namely Power BI, PowerApps and Power Automate. They can be used by people with minimal coding skills to create and deploy customized applications that run on desktops and mobile devices via a low-code interface.

Low-code software development is becoming increasingly popular because it enables company employees to create lots of useful apps that can streamline their work processes. That’s a useful capability for most enterprises, so the market not surprisingly has huge growth potential. A recent forecast from Gartner Inc. said the low-code development software market will grow nearly 23% this year, to $13.8 billion, before rising to $17 billion in 2022.

That’s more than enough money to tempt Microsoft. The company is pushing its Power Platform as the low-code solution of choice with the addition of several new capabilities today that it said will help companies to achieve their strategic objectives while ensuring security and governance.

The new features announced at the virtual Microsoft Ignite event today include a tool called Power Automate Desktop for Windows 10, which is available now for all Windows users. Microsoft said this gives customers with an easy to use robotic process automation solution that helps them to automate tasks from Windows devices across all of their favorite apps.

They said Power Automate Desktop for Windows 10 provides a visual drag-and-drop interface for workers to to design workflows more easily. In particular, the offering comes with more than 370 pre-built actions that can connect various different apps to one another, enabling workers to automate numerous everyday tasks, such as filling out fields in an Excel chart.

Analyst Holger Mueller of Constellation Research Inc. told SiliconANGLE that Microsoft is betting a lot on the success of its Power Platform, and that it needs to be able to address key enterprise acceleration trends such as RPA and low-code software development. “That is precisely what Microsoft is announcing at Ignite,” he said. “Power Automate comes to the Windows 10 desktop. It’s a good development that will provide a consistent RPA tool across both the cloud and Microsoft’s other platform, Windows.”

The second major update today is a new open-source, low-code computer language for logic customization across the Power Platform called Microsoft Power Fx, which the company said is available now on GitHub.

Power Fx is designed to create a foundation for citizen developers and professionals alike to communicate, collaborate and solve problems relating to application development. Microsoft described it as a low-code language that’s expressed in text and modeled after Excel functions.

What Microsoft is really trying to do with Power Fx is reduce the barrier for getting started in coding. After all, low-code differs from no-code platforms that require no programming at all, as there is often some minimal coding required in order to customize various apps. Microsoft aims to leverage the experience of millions of users who’re comfortable using Excel, as it says these people should have enough know-how to start with simple Excel-based formulas and then progress to adding code where it’s needed.

“With Power Fx, the Microsoft Power Platform becomes even more intuitive, approachable and easy to learn, and makers will be able to leverage their learning of one Power Platform solution with others, so everyone easily transition from being App Wizard to a Bot Builder,” Lamanna and Ulag said. “A singular consistent language across the platform will enable more transparency, enhanced governance controls and solution checker capabilities, with more visibility and solution telemetry than ever.”

“Microsoft is adding another programming language to its arsenal with Power Fx, addressing the critical low-code needs of enterprises,” Mueller said. “The company has the ecosystem and the critical mass to make it fly.”

In addition, Power Platform is gaining more out-of-box tenant analytics reports that will provide greater visibility and oversight across the platform, so admins can track who is using Power-based apps and the business impact they have.

“As adoption of low-code continues to grow, IT governance and administration capabilities for Power Platform ensure CISO and IT departments allow citizen development and fusion teams to flourish and remove technical debt and adoption blockers in their organizations,” the company said.

Business intelligence for everyone

Power BI Premium, which provides unified self-service analytics and enterprise BI for every user and organization, is now available in private preview, Microsoft said. This is an important release because it includes both architectural updates that increase performance and stability, plus new features such as autoscale that can automatically add capacity to meet demand.

“It’s good to see these visualization capabilities coming to the Power platform with Power BI Premium, alongside a new pricing scheme,” Mueller said. “All in all, Microsoft is making good progress and no one will be left with any doubts that the Power Platform is one of the company’s biggest bets.”

The last major update announced today pertains to Power Virtual Agents, which is a no-code tool that’s used to create chatbots that can handle customer service and related tasks. The virtual agents are getting another dose of artificial intelligence that enable bots to learn and improve their performance over time without any intervention. For example, the bots can now leverage natural language learning models to effectively train themselves from conversations with customers and improve their understanding.