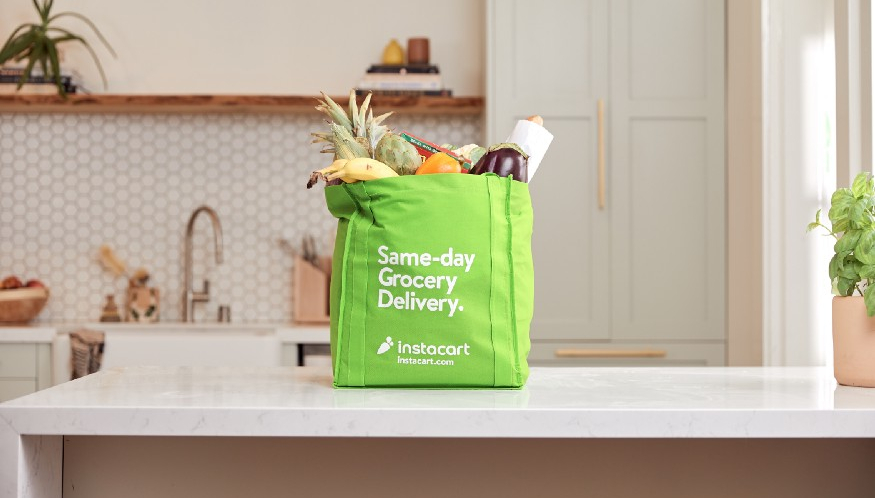 New $265M round lifts Instacart’s valuation to $39B

Grocery delivery giant Instacart Inc. announced today it has closed a $265 million funding round at a $39 billion valuation, which means the startup is now valued at twice what it was worth last October after a previous capital raise.

The extra $265 million in funding, which was provided by a group of existing investors, will help Instacart continue expanding its market reach. It has raised more than $2.4 billion in funding to date overall.

Instacart is one of the largest players in the North American grocery delivery market with an app that enables consumers to order goods from approximately 45,000 stores. The startup says it reaches 85% of U.S. households and 70% of Canadian households.

As part of its growth strategy, the startup in recent years has extended its focus beyond groceries to other product categories. Instacart delivers household essentials, sporting goods and even prescription medication, among many other items. The startup is carrying out its expansion into new parts of the retail market with a fast-paced partnership strategy: Instacart increased the number of retailers on its platform by about 50% in 2020, from about 400 to over 600.

The new funding, Instacart said, will also help boost other parts of its business. The startup has used its extensive retail partnerships to grow its Instacart Enterprise unit, which provides e-commerce website development services for retailers.

There’s also Instacart Advertising, a tool that enables consumer packaged goods companies to promote their goods to users of its app. Instacart Advertising, like the Enterprise unit, will be expanded following the $265 million round. The startup said it expects to grow its corporate headcount by 50% in 2021 as part of the planned growth initiatives.

The funding was provided by Andreessen Horowitz, Sequoia Capital, D1 Capital Partners, Fidelity Management and T. Rowe Price Associates. It’s not the first megaround announced by a grocery delivery startup since the start of 2021. Finland-based Wolt Enterprises Oy raised $530 million from investors in January at an undisclosed valuation.

The reason behind the investor optimism around grocery delivery may partly have to do with profitability.

In the adjacent restaurant food delivery market, the major players are for the most part still working toward becoming profitable and have closed some recent quarters with losses of several hundred million dollars. The grocery delivery segment, in contrast, may provide a faster path to sustainable profitability for players such as Instacart. The startup reportedly turned a profit in the second quarter, while Wolt closed 2020 just $38 million in the red.

However, in Instacart’s case, the startup’s new $39 billion valuation implies investors might be expecting it to prioritize revenue growth over profitability for the time being. “We believe this is just the beginning for online grocery and Instacart is well-positioned to continue to lead in this emerging space,” said Jeff Jordan, a managing partner at Andreessen Horowitz.

“Today’s fundraising reflects the strength of Instacart’s business, the growth our teams have delivered and the incredible opportunity ahead,” said Instacart Chief Financial Officer Nick Giovanni.