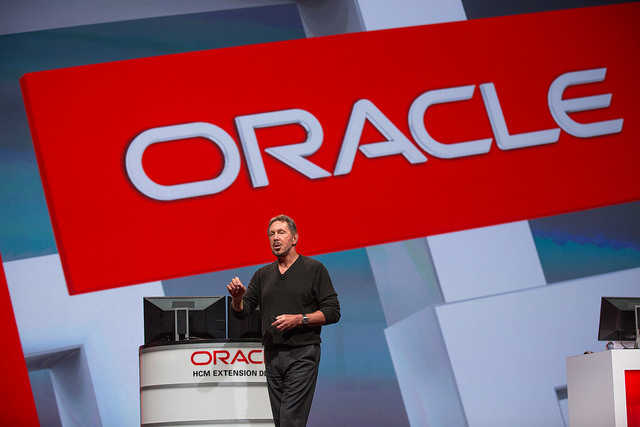 Overall, the release transforms Oracle Autonomous Data Warehouse from a complex ecosystem of products into an “intuitive point-and-click, drag-and-drop experience” for data analysts and business users alike, the company said.

Launched in 2018, the Oracle Autonomous Data Warehouse is billed as an easy-to-use, self-healing and self-optimizing repository for all an organization’s information. It’s said to enable super-fast query performance and can scale as users require. Because it’s an autonomous service, Oracle takes care of all the provisioning, configuration, tuning, backups and security.

Oracle Autonomous Data Warehouse is meant to serve as a single platform that ingests, transforms, stores and governs data from any source. The information can then be analyzed to inform business decisions, or be used to power artificial intelligence training, for example.

Today’s release adds new capabilities and features that make life easier for data analysts and regular business users and also enables deeper analytics than before, Oracle said. The simpler drag-and-drop interface and addition of low-code programming tools recognizes what Oracle said is the rapid emergence of “citizen developers,” which are business users who have become code-savvy enough to satisfy many of their own IT needs.

“Today, the people who build databases are database administrators, data engineers, data modelers and database developers, but the people who use them are in the business,” said Neil Mendelson, vice president of big data and advanced analytics at Oracle. “We’re giving them more ability to serve themselves.”

For example, the newly built-in data tools in this release make it easier for users to load data into the Autonomous Data Warehouse and make it available to team members for collaboration. Users can load data using a drag-and-drop interface and then automatically generate business models, discover anomalies and hidden patterns within that data, and also understand its dependencies and the impact of changes, Oracle said.

“We’re adding simplicity so that a broader range of customers, including small and midsize businesses, can use a data warehouse without having to call the IT department,” said Mendelson.

The most compelling new feature, at least according to analysts, is AutoML, which helps automate many of the time-consuming steps involved in creating machine learning models through a no-code user interface. Non-technical business users can use drag-and-drop tools to set desired outcomes, such as the factors that make a particular customer more likely to sign up for an affinity program. AutoML scans the dataset and applies different machine learning algorithms such as Bayesian and K-means. It outputs the most likely correlation factors along with the statistical techniques best suited to determining them.

“If you don’t know where the data is today it can be looking for a needle in a haystack,” Mendelson said. “We’ve reversed the process so the system finds the needle. It looks for anomalies in the data without a person having to ask a question.”

In addition, the service is now compatible with the Python programming language. Python is a popular choice for writing machine learning code thanks to its simplicity. The code is said to be more intuitive to write and is understandable by humans, which makes it easier to build machine learning models.

Another new feature in the release is support for property graphs, which can be used to model and analyze relationships between different entities. Oracle said users can now create graphs from within the Autonomous Data Warehouse and analyze them with more than 60 in-memory graph analytic programs. Building on this, the new Graph Studio UI feature is designed to help beginners get started with graph analytics by providing automated creation of graph models, integrated visualization and pre-built workflows for different tasks.

Finally, Oracle said, the service has extended its ability to query data in Oracle Cloud Infrastructure Object Storage and other, third-party object stores.

“Now Oracle is adding to that lead with enhancements to Oracle Autonomous Data Warehouse that aim to democratize all aspects of analytics and machine learning by eliminating the need for users to know SQL,” Mueller said. “Instead, Oracle provides drag-and-drop UIs and AutoML for building and testing machine learning models, so that business users can do their own data explorations without depending on IT, database or system administrators to manage the data.”

The growing momentum around low-code/no-code tools is recognition that many of the applications being created today “aren’t being built to last from generations,” Mendelson said, citing purpose-built smart phone apps that may be constructed for a single project or event. “We’re talking about enabling a new kind of agile application that anyone should be able to build.”

Minding data in the fast-paced era of 'edge-native' environments: Join theCUBE for May 17-18 event
A closer look at solving the Kubernetes complexity gap
Welcome to the AI-powered, serverless, supercloud world: 3 things you might have missed from the AWS Summit SF event
MongoDB's document-oriented model strikes a chord with developers
How Zeet is simplifing DevOps by deploying APIs on AWS