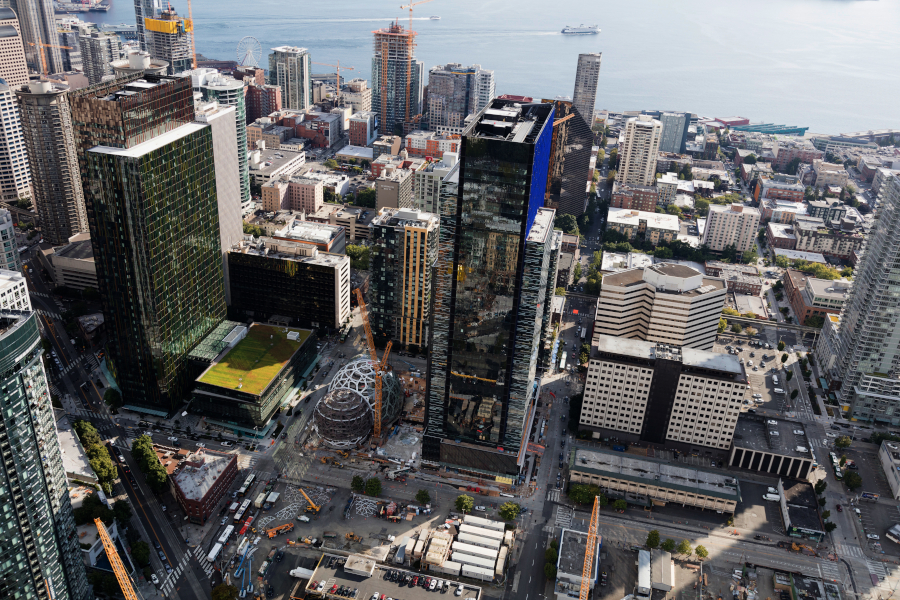 Google and Amazon to start reopening offices to more staffers

Google LLC and Amazon.com Inc. will allow staffers to return to the office in larger numbers over the coming months, the two companies told employees on Wednesday.

Google Chief People Officer Fiona Cicconi detailed in a memo obtained by The New York Times that the search giant’s U.S. facilities will begin reopening this month. Exactly how the reopening policy will be implemented is reportedly set to vary from state to state based on the number of COVID-19 cases.

Across all Google offices, employees will have to wear face masks to enter. They will also be required to uphold social distancing rules and pass a health survey, according to the Times. Employees will still have the option to continue working from home if they so choose until Sept. 1, the deadline the search giant set for its telecommute policy at the end of 2020.

“Offices will begin to open in a limited capacity based on specific criteria that include increases in vaccine availability and downward trends in Covid-19 cases,” Cicconi reportedly told employees in the memo announcing the plan.

At Amazon, meanwhile, about 10% of the online retail giant’s corporate employees are already working out of its physical campuses. The plan is for a steady increase in the number of staffers who come into the office over the coming months, with a goal of having most of the corporate workforce return by early fall.

Similarly to Google, Amazon has put extensive health rules in place to ensure worker safety. The company is requiring that staffers wear face masks and practice social distancing rules, while offices have limits on the maximum number of people they can accommodate at any given time.

“The timelines for returning to the office will vary by country, depending on the infection and vaccination rates, and we expect our return to the office to be gradual,” Amazon officials said in a note to employees that was also posted on its website.

Amazon and Google’s announcements of their office reopening plans were to be expected given that both companies announced multiple major real-estate investments over the last few months.

Google recently revealed plans to spend more than $7 billion on expanding its U.S. presence in 2021. The investment will include a new cloud engineering hub and an additional Google Operations Center, as well as data center expansions. Google furthermore plans to grow more than half a dozen existing offices throughout the U.S. in an initiative expected to see the company hire thousands of new employees.

Amazon, for its part, in February previewed the architectural design for a sprawling upcoming campus in Arlington, Virginia. The centerpiece is a 350-foot-high office building modeled after the shape of a double helix that will feature a pair of spiraling walking paths on the exterior. The building will share a 2.5-acre green space with three other, 22-story office buildings that are expected to increase the campus’ capacity to more than 13,000 employees when construction is complete.

Tech company plans for workers vary widely. Earlier this week, Facebook Inc. told its employees that its Menlo Park, California headquarters would open up in May. Twitter Inc. previously said it will allow employees to work indefinitely from home.