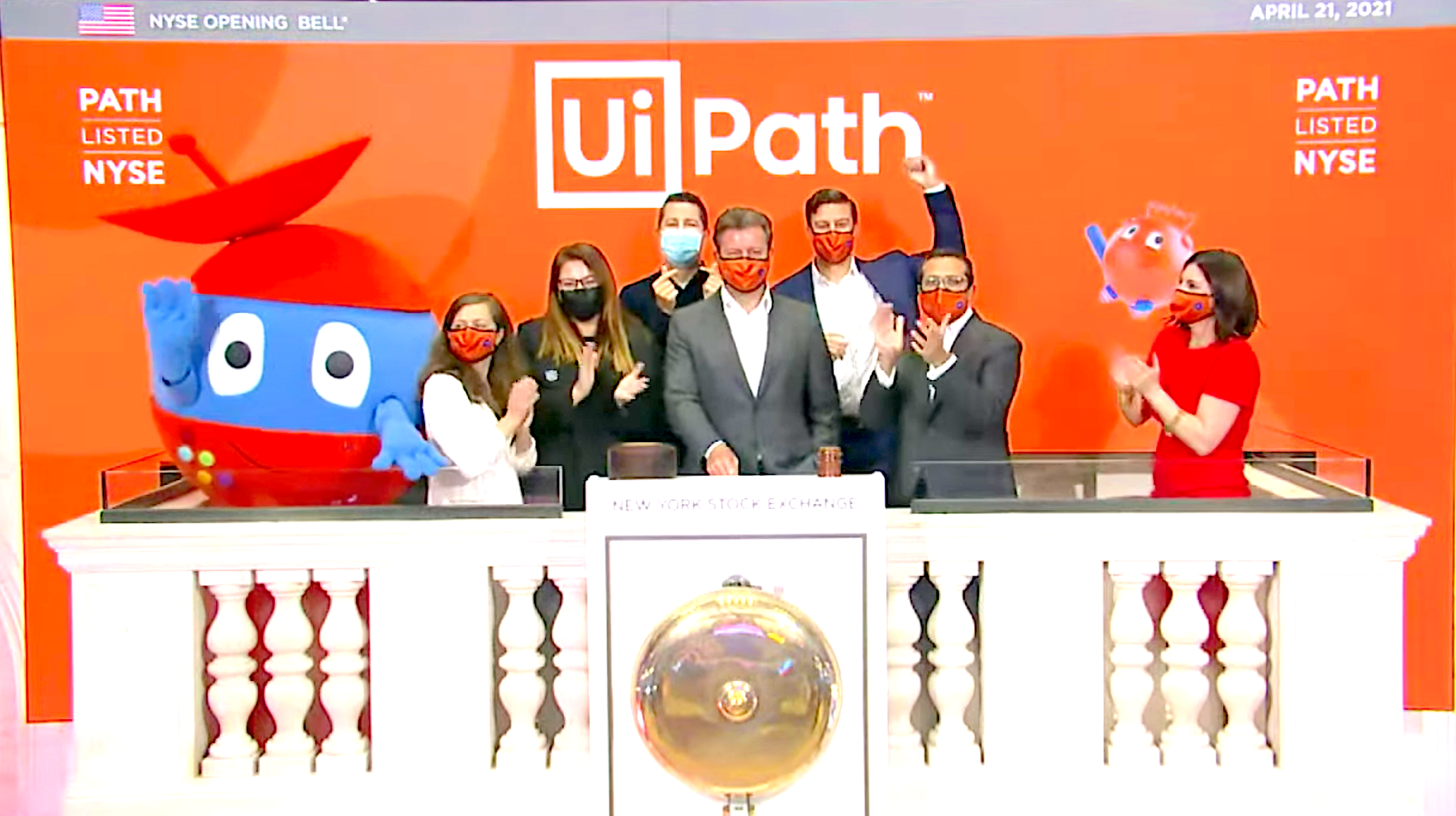 Updated April 21 with start of trading:

The company late Tuesday sold 23.9 million Class A shares at $56 per share, Reuters reported. That’s above an indicated price range of $52 to $54 per share that the company announced Tuesday, which itself was up from an original price range of $43 to $50 quoted in a filing with the Securities and Exchange Commission last month.

Some 9.4 million of the shares sold were owned by UiPath, with the remaining 14.5 million sold by existing investors. The shares start trading publicly today on the New York Stock Exchange under the ticker symbol “PATH,” gaining more than $13 a share to close at $69.22.

That gave UiPath, at least for now, a valuation of $35.8 billion. Despite worries that the IPO represented a “down round” or lower valuation than its last private fundraising implied, the current stock price closes that gap and then some after all.

The IPO was hotly anticipated since UiPath is viewed as a market leader in the red-hot robotic process automation sector. The company’s RPA platform is used by enterprises to reduce costs and operational errors by automating repetitive work. It relies on artificial intelligence models to learn how employees perform common tasks in business applications. Those models then create so-called software robots that can replicate employees’ workflow, thereby dramatically reducing the need for manual input.

UiPath, led by Chief Executive Daniel Dines (pictured), says it has saved some enterprise customers hundreds of thousands of person-hours previously spent on repetitive work. According to its IPO prospectus, the company’s software is used by more than 7,000 organizations worldwide, including more than 60% of the Fortune Global 500.

The IPO valued UiPath at a massive $29 billion, though that was still some way below the $35 billion valuation that was cited in early February when the company announced a final, late-stage venture capital funding round of $750 million.

UiPath’s public debut comes at a busy time for tech listings, with dozens of startups hoping to capitalize on investors’ demand for new, high-growth stocks. However, investors will note that UiPath’s opening price may not be as high as some analysts were expecting, and it remains to be seen if it will see the massive gains enjoyed last year by another cloud software firm, Snowflake Inc.

Investors have slowly gravitated to different stocks in recent months that are perceived to have more of an advantage should interest rates keep rising. CNBC noted that the cloud index has fallen by more than 7% this year, while the Dow has grown by 10%, for example.

In addition, some investors may have concerns over UiPath’s longer-term prospects. Brendan Burke, PitchBook Data Inc.’s senior emerging tech analyst, told SiliconANGLE that UiPath remains in his view a limited solution that may lack durable value. He said the company has scaled up rapidly in the last year thanks to high demand for automation, but he views its platform as more of a bridge technology to cloud-native automation that faces competitive risk from AI-native challengers.

“The future of enterprise automation is for front-line users to deploy cloud-native machine learning models that can adapt to dynamic data streams and make accurate decisions,” Burke said. “UiPath’s implementations are not cloud-native and require third-party integrations with around 75 AI model vendors for intelligent decision-making.”

Still, there’s no taking away UiPath’s success in raising more than $1.4 billion from its IPO, especially since its current valuation now matches that of its last private round. CNBC cited FactSet data that shows only two previous business software IPOs in the U.S. have raised more, and both did so in the last seven months. Snowflake was the largest, raising $3.9 billion in September, while Qualtrics Inc. raised $1.78 billion in January following its split from SAP SE.