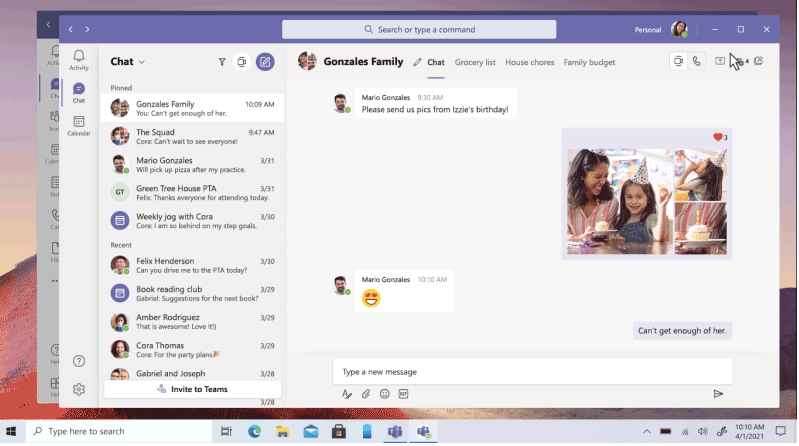 Microsoft Corp. today released a collection of new features to Microsoft Teams in a bid to make the collaboration application a more compelling alternative to services such as Zoom for consumers.

Launched in 2017, Teams is a popular chat and videoconferencing application mainly used among knowledge workers. Microsoft disclosed in April that the number of people using Teams had reached 145 million, up from 115 million last October. Expanding Team’s selection of consumer-focused features could potentially make it easier for Microsoft to maintain user growth by enabling the company to promote the product not only to enterprise technology buyers but also to individuals.

As part of today’s update, Microsoft is extending Teams’ videoconferencing capability with a feature called Together Mode that makes it possible to add in virtual backgrounds. Users can also access a new library of emojis and animations created by the company’s designers.

A third new feature addition is a to-do tool that Microsoft says is geared toward people who frequently organize group events. With the to-do tool, users can create tasks ahead of the event and assign them to members of the group. They can also send out a poll via the chat interface to collect feedback.

“What happens when the group has to make a decision? This was another place we knew we could take our learnings from Teams for work and apply it to consumers — with polls,” Liat Ben-Zur, the corporate vice president of Microsoft’s modern life, search and devices business, wrote in a blog post today. “Polling is a great way to track decisions such as where to meet for dinner or what day to hold Grandma’s birthday party.”

Teams will enable consumers to organize their to-do lists, as well as other items such as links and files, in a centralized interface section called Dashboard. For users looking to share items such as the Wi-Fi password that require additional security, Microsoft plans to add a setting called Safe that will provide the option to make file access conditional on entering a code.

The new consumer features are available for free on Windows, Mac, iOS, and Android. Users can access them by logging into Teams with their personal Microsoft accounts. For convenience, the service’s interface has been expanded with a button that allows users to quickly switch to their corporate Microsoft 365 accounts when needed.

The company has also experimented with building other types of consumer apps. Last October, Microsoft introduced Lobe, a desktop program that enables users to train machine learning models with drag-and-drop commands. Moreover, the company is reportedly developing a new version of the Windows app store that will feature a broad selection of third-party programs.