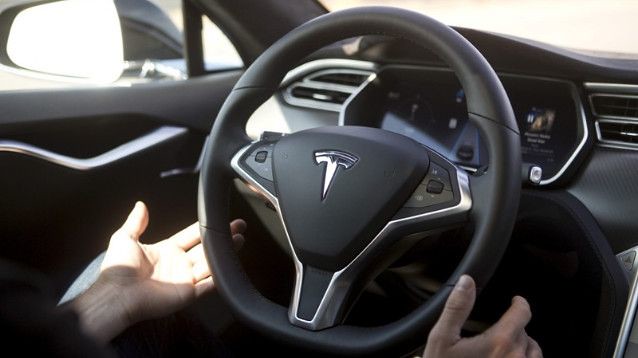 Regulators will try to ascertain if the company has falsely promoted the feature, possibly putting people’s lives at risk. The scrutiny comes after accidents in such vehicles, as well as people showing themselves in videos in their Tesla with no one at the wheel.

Tesla markets its self-driving features as “Autopilot” and “full self-driving,” although Chief Executive Elon Musk has said time and again that the vehicles are not supposed to be driven using the technology alone. Still, with Musk’s gargantuan following on social media, many people could be misled into thinking that when he says “full self-driving,” he means a car that can drive itself.

“If the DMV finds Tesla is misleading customers, potential penalties include suspension or revocation of DMV autonomous vehicle deployment permits and manufacture and dealer licenses,” a DMV spokesperson told the Los Angeles Times. “A vehicle operating on public roads using autonomous technology without first obtaining a permit can be removed from the public roadway by a police officer.”

It seems that some people have been misled, which has had serious consequences. In the most recent fatal accident, a 35-year-old Californian man had posted videos of himself online talking about how great the full self-driving capabilities were in his car. At the time he was using no hands or feet to drive the car.

It’s still not known right now if he had auto-pilot engaged when the accident happened, although his videos posted online would suggest he was enjoying the feature. On one of those videos he wrote, “Best carpool buddy possible – even takes the boring traffic for me.” Three people in the U.S. have now died in crashes in which they were reportedly using the autopilot system.

Pressure likely will be mounting on Tesla to use different wording when talking about its cars’ capabilities. In an interview with Reuters published today, Jason Levine, executive director at the Center For Auto Safety, asked that the company “stop using hyperbolic terminology.”