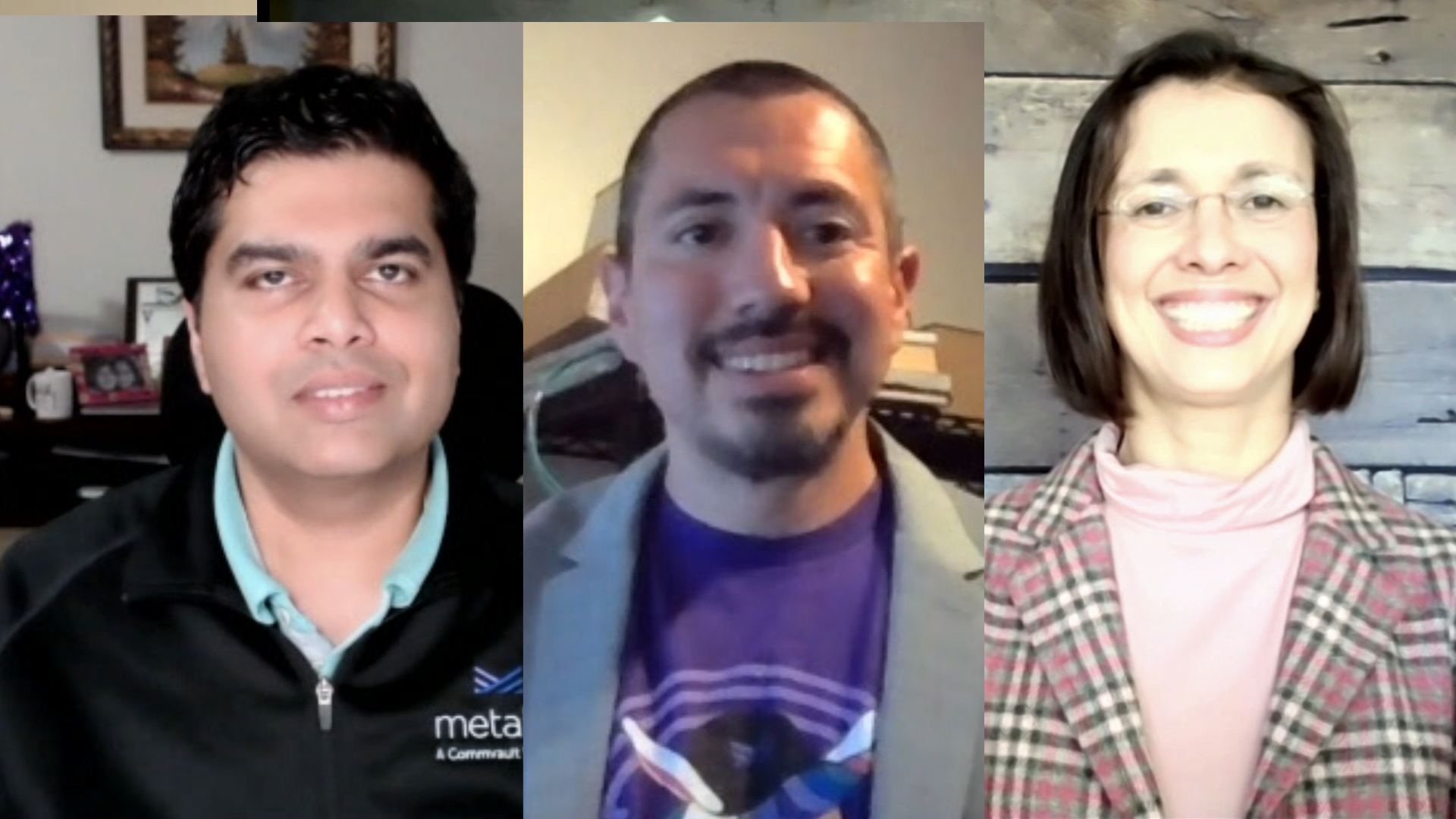 Commvault Systems Inc. is in its 25th year as an independent company, but it is an internal 18-month-old service that’s giving the company the look of a hot startup.

The storage and data protection company unveiled a cloud-based backup and recovery SaaS service called Metallic in October 2019 and has been pleased with the traction it has received since then among enterprise customers.

“A lot of customers come to Commvault from Metallic,” said Isabelle Guis (pictured, right), chief marketing officer of Commvault. “Metallic doubled its customers every quarter, and we have added 24 countries to the portfolio. We are seeing rapid adoption.”

Guis spoke with Dave Vellante, host of SiliconANGLE Media’s livestreaming video studio theCUBE. She was joined in the interview by Manoj Nair (pictured, left), general manager of Metallic, and Tim Carben (pictured, center), principal systems engineer at Mitchell International Inc. They discussed support for Microsoft by Commvault’s products and newly announced features, how one customer has come to appreciate the value of reliable backup technology, and the continued expansion of SaaS in the enterprise. (* Disclosure below.)

Part of the tailwind behind Metallic can be attributed to its growing adoption within the Microsoft environment. Commvault entered into a multi-year agreement with Microsoft in June to integrate Metallic’s SaaS data protection portfolio with Azure. Separate editions of Metallic enabled customers to backup Office 365 deployments, and data protection features for Microsoft Teams were added in January.

This week, new features were added to include Microsoft Dynamics 365.

“Dynamics is one of the fastest-growing SaaS applications from a business perspective,” Nair said. “There’s millions of users out there, and it’s rapidly growing. We’re now proud to say we support all three Microsoft clouds, with Azure, Office 365 and Dynamics.”

Survival for many companies in the fast-changing technology world is often dependent on a process of reinvention. Commvault has demonstrated this over the years with its evolution from the early days of PC networking to support for a rich set of enterprise solutions. Data protection and data management have been the cornerstone of its services for customers such as Mitchell International, which develops software used by the automotive industry.

“You need to have a cutting-edge environment,” said Mitchell’s Carben. “If you cannot check that box, you do not move forward. Commvault has that, and it is one less thing I have to worry about when choosing Metallic to do my backup of Office 365.”

When Commvault launched Metallic, it was worried that the cloud-based SaaS model might end up cannibalizing its on-premises version. What the company has learned is that the enterprise appetite for SaaS has proven to be vast, as companies across the board increasingly look for easily delivered data backup and recovery solutions.

“When people started moving to the cloud and transforming their CapEx into OpEx, SaaS brought yet another level of benefit,” Guis said. “IT always has to do more with less, so SaaS allows you to get all of the software upgrades automatically without adding extra work. I don’t think there is a single customer who doesn’t have at least one SaaS application because they are seeing the value of this.”

Watch the complete video interview below, and be sure to check out more of SiliconANGLE’s and theCUBE’s CUBE Conversations. (* Disclosure: Commvault Systems Inc. sponsored this segment of theCUBE. Neither Commvault nor other sponsors have editorial control over content on theCUBE or SiliconANGLE.)