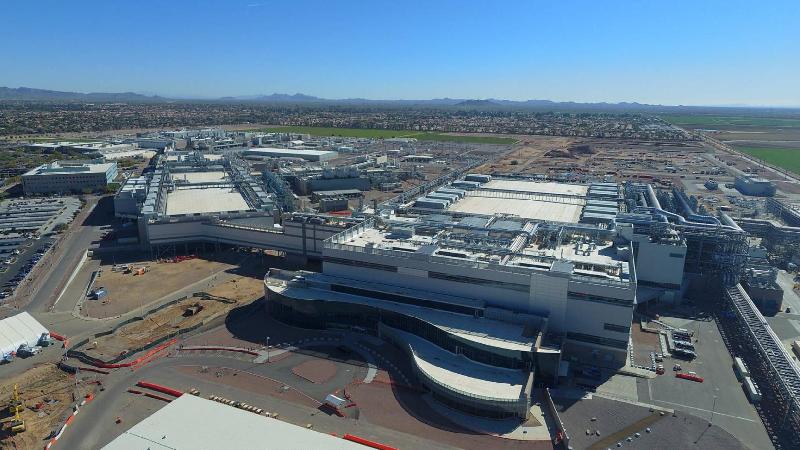 Intel Corp. today disclosed that it has won a contract to provide chip manufacturing services to the U.S. Department of Defense.

The contract was issued as part of a government initiative known as the Rapid Assured Microelectronics Prototypes – Commercial program, or RAMP-C for short. RAMP-C aims to encourage the use of a U.S.-based chip manufacturing ecosystem to make processors for the Defense Department. No dollar amount for the contract was revealed.

“One of the most profound lessons of the past year is the strategic importance of semiconductors, and the value to the United States of having a strong domestic semiconductor industry,” said Intel Chief Executive Officer Pat Gelsinger. “Intel is the sole American company both designing and manufacturing logic semiconductors at the leading edge of technology.”

Intel is partnering with several other companies on the new project for the Defense Department. They include Cadence Design Systems Inc. and Synopsys Inc., the two biggest makers of chip design software. IBM Corp. is taking part as well. IBM maintains a presence in multiple parts of the semiconductor ecosystem: It has a line of commercial server processors and invests in silicon research. Earlier this year, researchers from the company demonstrated the world’s first two-nanometer chip.

Intel’s new contract with the Defense Department will encompass emerging chip technologies. Specifically, the company said that it will work with its partners to develop and test semiconductors based on its upcoming Intel 18A manufacturing process, which is expected to become operational in early 2025.

The process is expected to introduce major hardware innovations across the board.

Today’s most sophisticated chips are made using machines known as extreme ultraviolet lithography, or EUV, systems. The systems use beams of laser light to carve transistors into silicon wafers. Intel has said that it will use a more advanced type of EUV system known as a High NA EUV machine to make its upcoming 18A chips.

There are no High NA EUV systems on the market yet. But Intel expects to receive the first such machine once it’s built thanks to a partnership with ASML Holding LV, the world’s top maker of extreme ultraviolet lithography hardware. High NA EUV systems will use more powerful beams of light than current EUV machines to carve transistors into chips. The use of more powerful light beams will reportedly allow the machines to carve transistors with greater accuracy, which should in turn make chip production more efficient.

In addition to improving the way Intel chips are made, the 18A process will change their internal structure. At the hardware level, processors represent the ones and zeros that make up digital data as electrons. The processor’s transistors manipulate the electrons to carry out computations. Inside each transistor, a microscopic device known as a gate is responsible for controlling the particles.

For the last few decades, Intel and other chipmakers have implemented the gate as a fin-shaped structure. Each “fin” partly covers the transistor to which it’s attached. With the upcoming 18A process, Intel plans to switch to a new gate design that will cover the transistor on all sides rather than only partly, an approach that the company hopes will lead to faster and more efficient processors.

Other chipmakers are also moving away from fin-shaped gates. The reason is that, as part of their efforts to develop better silicon, chipmakers shrink the transistors in their products every few years. Each time transistors shrink, additional technical challenges emerge that make carrying out computations more difficult. The new challenges that are expected to emerge with the next few of generations of transistors will require a new gate design to address.

Yet another innovation Intel plans to include in the 18A process is a technology that it calls PowerVias. Under a microscope, each transistor in a processor resembles a miniature tower. The transistor makes up only a small section of the tower, while the rest is composed of numerous tiny wires that are responsible for transporting electricity to the transistor and helping it exchange data with other parts of the processor. Intel’s PowerVias technology places the transistor at the center of the tower rather than at the foundation as is the practice today, which the company says will improve efficiency.

The newly announced contract with the Defense Department represents the latest of several recent customer wins for Intel’s Foundry Services division. Earlier, Amazon Web Services Inc. and Qualcomm Inc. said that they will also collaborate with the division on semiconductor manufacturing. Intel previously announced plans to spend $20 billion on two new chip plants in Arizona to expand its manufacturing capacity.