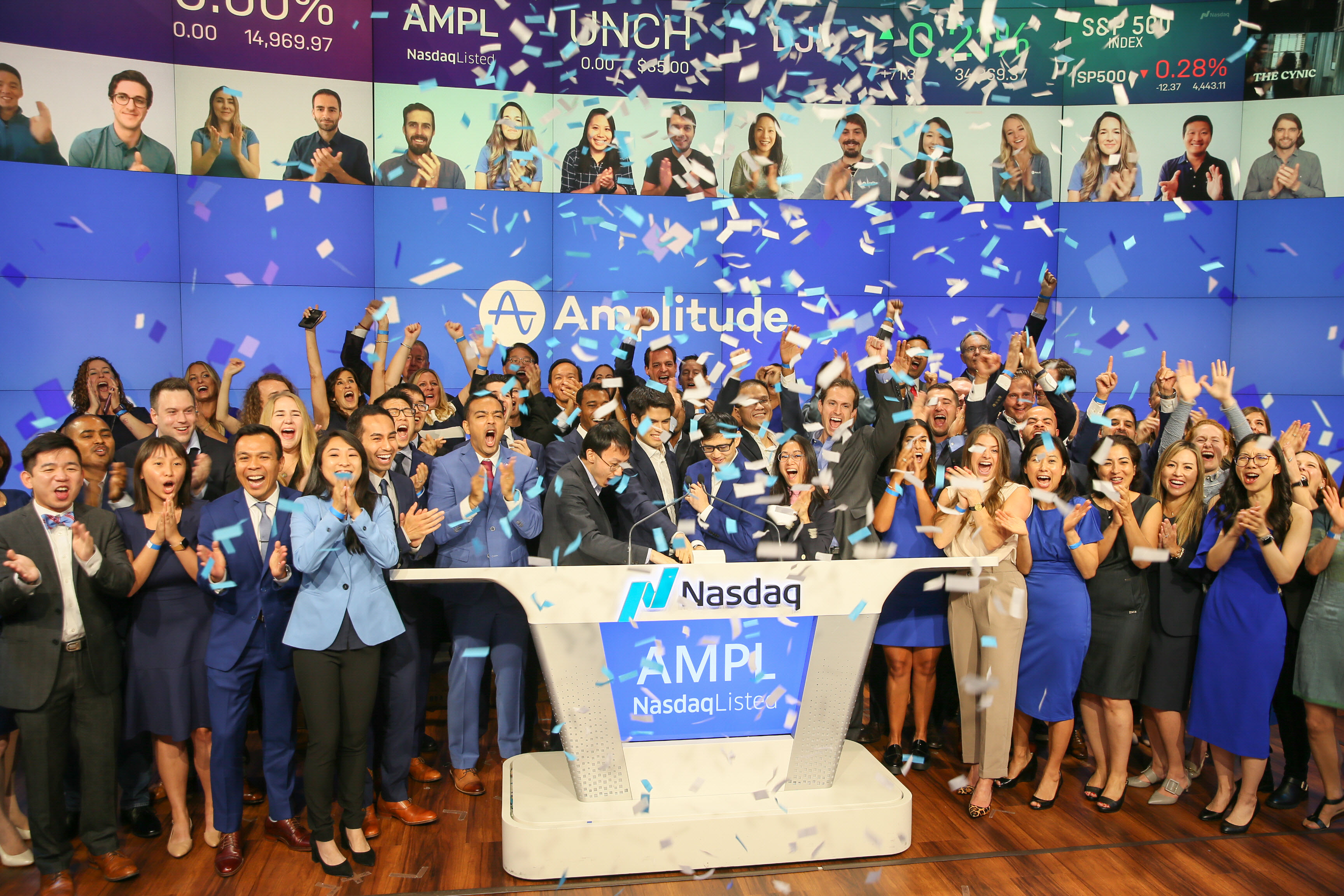 Conventional wisdom says that behavior tracking firm Amplitude Inc. chose a terrible day to go public with the Nasdaq composite index down nearly 2.5% today, but the nearly 57% pop in the company shares indicates that investors are looking beyond the short term.

The company, which makes software that tracks and analyzes customer interactions with digital products, had already raised nearly $337 million and wasn’t looking for additional capital anyway. Its decision to offer shares through a direct listing was driven more by the need to establish a pole position in its category, build credibility with large enterprise customers and provide liquidity for existing shareholders, Chief Financial Officer Hoang Vuong told SiliconANGLE.

“The market and our solution are why you’re seeing the open we saw today,” Vuong said. Amplitude shares were initially priced at $35 but opened at $50 and headed higher from there. By the close, shares had risen 57%, to $54.80 apiece.

Amplitude believes it has plenty of room to run in a market it estimates will be worth $37 billion this year. Its nearly 1,300 customers use the company’s software to track usage of digital products such as mobile and software-as-a-service applications in near-real time and at a granular level. For example, Intuit Inc. used the service to develop personalized invoices that doubled on-time payment rates and to make adjustments to the permissions process in its mobile applications that yielded a 25% increase in push notification subscriptions.

Amplitude’s flagship analytics application enables product managers to add, subtract and fine-tune features based upon actual customer behavior. This year the company added a recommendation engine and an experimentation feature using technology it picked up with the acquisitions of ClearBrain Inc. and Iteratively Inc.

“When building a digital product, whether a mobile app or a website, you can iterate so much faster and leverage information so much faster based on what people are actually doing with your product,” Vuong said. “The shift from offline and online marketing changes the discipline completely.”

Although further acquisitions are in the company’s plans, Amplitude has no intention of expanding beyond its current market, Vuong said. “We still have a long way to go in selling the current solution,” he said.

Revenue was $129 million over the past 12 months and grew 57% in the first half of this year. The company said it processes 900 billion monthly behavioral data points in the most recent quarter, up nearly 50% from a year earlier. Its net retention rate of 119% indicates that customers increase spending the longer they use the software. Nearly three-quarters of customers spend at least $100,000 a year with the company.

Profitability isn’t in the plan anytime soon. The $16.5 million Amplitude lost in the first six months of this year was nearly equal to the $16.6 million it lost in the same period last year. Plans are to spend aggressively on new product development, sales and brand awareness, Vuong said. “So many companies should be using Amplitude but don’t know what we do,” he said.

“In an IPO the bankers sell shares for you and the price is lower than fair market value,” he said. “We’re selling only shares held by existing shareholders, so the price is a lot more indicative of value.”