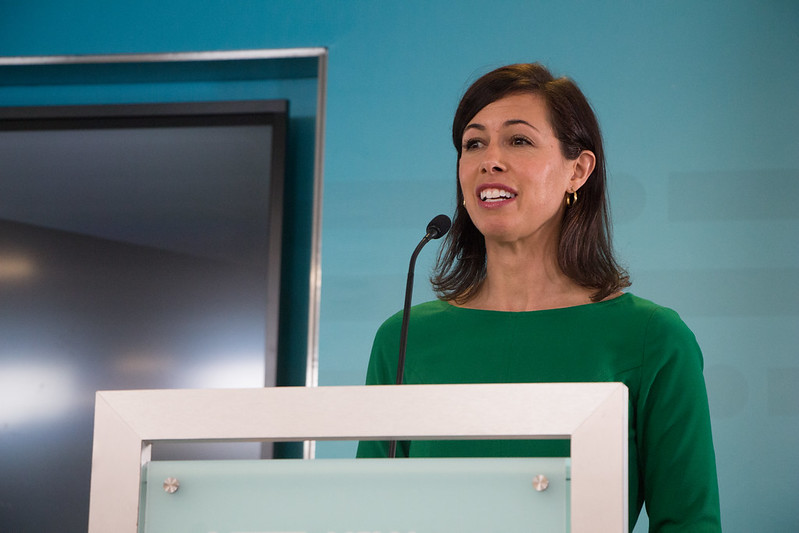 President Biden today named Jessica Rosenworcel (pictured) as the permanent chair of the Federal Communications Commission, making her the first woman ever to hold the position.

In what’s seen as another progressive move, it was announced that Gigi Sohn has been nominated to serve as a commissioner at the FCC. If she’s selected for that position, she’ll become the first openly LGBTIQ+ commissioner in the history of the commission. Sohn was the founder of the tech nonprofit Public Knowledge, and she also advised former Chair Tom Wheeler during the last net neutrality scrap.

Both women are Democrats, so the appointments would mean that Democrats would have a 3-2 advantage on the commission. Both women are also in favor of restoring net neutrality rules, which were repealed under the Trump administration.

Rosenworcel has served on the commission since 2012. In a press release today, the White House said her work has revolved around ensuring “that all Americans get a fair shot at 21st-century success.” During her service, she has also worked on bolstering consumer protections and promoting cheaper and better Internet access to all communities in the U.S., including those on the hinterlands in more rural parts of the country.

“It is an honor to work with my colleagues on the Commission and the agency’s talented staff to ensure that no matter who you are or where you live, everyone has the connections they need to live, work, and learn in the digital age,” Rosenworcel said in a statement.

The White House also announced that the senior adviser at the Mozilla Foundation, Alan Davidson, has been nominated for the position of assistant secretary for communications and information at the Commerce Department’s National Telecommunications and Information Administration.

Kathi Vidal, a managing partner of Winston & Strawn’s Silicon Valley Office, has been nominated for undersecretary for intellectual property and director of the U.S. Patent and Trademark Office.