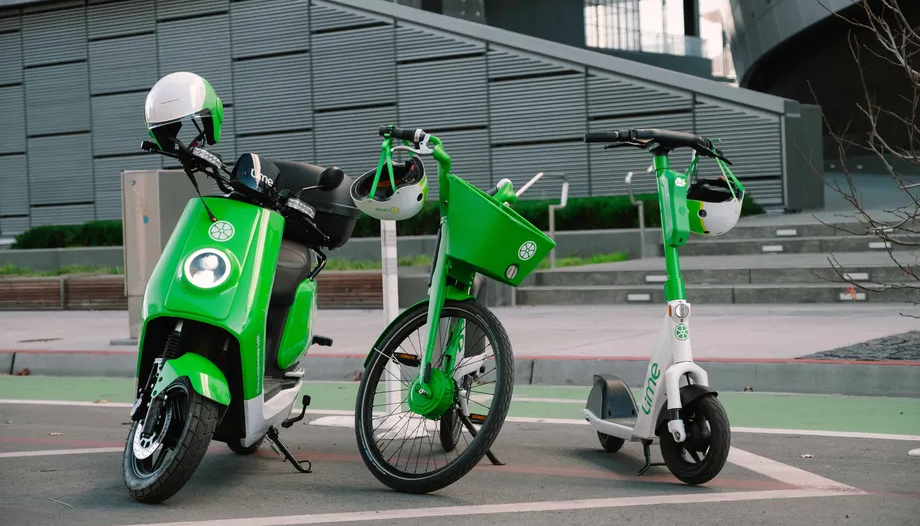 The financing was provided in the form of convertible debt and term loan financing. Of the $523 million round, $418 million is reportedly convertible debt that Lime raised through an investment led by Abu Dhabi Growth Fund, Fidelity Management & Research Co., Uber Technologies Inc. and certain funds managed by Highbridge Capital Management. The convertible debt will turn into shares when Lime goes public, which is expected to happen next year.

The remaining $105 million portion of the startup’s financing round was provided in the form of a senior secured term loan facility from investment firm UBS O’Connor.

“This oversubscribed round is a testament to the strong business we’ve built and the overwhelming confidence we’ve received from the financial community,” said Lime Chief Executive Officer Wayne Ting. “This investment secures our path to take Lime public in 2022 and will allow us to double down on our newest generation of e-bikes and e-scooters, as well as additional modes.”

The startup plans to use its new financing in several ways.

First, Lime will use a portion of the proceeds to support its goal of achieving a net zero carbon footprint by 2030. The startup said that it plans to invest in sustainable hardware initiatives and will work to develop a low carbon supply chain.

In conjunction, Lime intends to expand its micromobility platform. The startup operates a large fleet of electric scooters and electric bikes spanning more than 200 cities worldwide, up from about 120 cities last year. Consumers can rent Lime’s scooters and bikes through an app. The startup plans to expand its fleet to yet more locations around the world using the new financing.

Lime will modernize its existing micromobility fleet by more widely rolling out its recently introduced fourth-generation electric scooter, which features several upgrades. The scooters are equipped with an improved braking system described as more intuitive to use and a tougher aluminum frame. The onboard firmware has been improved as well, while the motor is touted as more powerful than before.

Lime originally focused on electric bikes and later expanded its focus to scooters. In 2019, the startup announced plans to exit the bike renting business. But Lime returned to the segment in 2020. As part of its growth efforts, Lime is investing not only in scooters but also its bike fleet, which the startup is currently in the process of extending to 50 additional cities as part of an expansion planned announced earlier this year.

Lime has managed to grow its micromobility fleet and develop a fourth-generation scooter while at the same time moving closer toward profitability. In October, the startup disclosed that it has closed its second-ever quarter of positive adjusted earnings before interest, taxes, depreciation and amortization.

The fact that Lime has achieved positive adjusted EBITDA earnings twice so far could help increase investor interest around its planned 2022 stock market listing. Another detail that may boost the startup’s initial public offering: Lime says it has achieved a leadership position in the micromobility segment. Lime boasts the industry’s largest micromobility fleet and, according to market research cited by the startup today, it reached nearly twice as many monthly active users as its closest competitor in 2021.

Expanding to more cities and developing new scooters are only two of the initiatives through the startup is working to maintain its edge. Lime earlier this year introduced a service called Lime Prime that offers discounted pricing for customers who buy a subscription. The startup is also expanding its partner ecosystem through efforts such as its recently announced collaboration with Intel Corp. unit Moovit, which provides a popular transportation app.