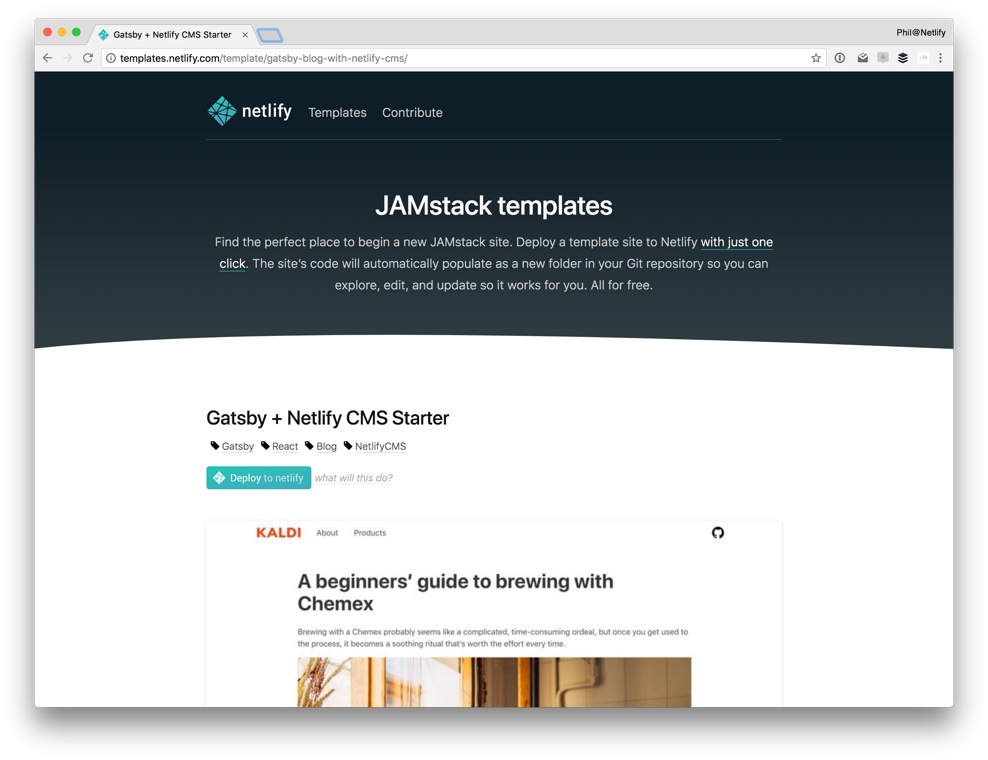 Netlify Inc., creator of the automated web development platform Jamstack, announced today it has raised $105 million in a late-stage round of funding, bringing its total amount raised to $212 million to date.

The news came as the company revealed it has acquired OneGraph Inc., which sells a GraphQL platform that simplifies the integration and management of application programming interfaces and services.

Netlify’s Jamstack is a cloud-based platform for automating web development projects. Traditionally, building a website or web-based app required developers to set up production servers, a test server to validate code updates, a deployment pipeline for pushing those code updates to the website and a content delivery network. Netlify has rolled all these features into a single platform that it says will speed up programmers’ workflow considerably.

One of Netlify’s banner features is that it directly integrates with code hosting services such as GitHub. Developers can connect the startup’s platform to the repository in which they host a project’s code files and, with a few commands, automatically turn those files into a functioning site.

“A platform like Netlify is all about simplification,” Chris Bach, co-founder and president of Netlify, noted in a 2020 interview on theCUBE, SiliconANGLE Media’s video studio. “Now you just have to maintain your content and you don’t have to worry about all of the different environments, what is up-to-date and what the infrastructure looks like. We press a button, it commits to GitHub, you get it deployed for you, and it looks the same everywhere.”

The Jamstack platform has proven popular, with developers from companies including VMware Inc., ServiceNow Inc., Twilio Inc., Okta Inc., Box Inc. and Unilever Plc all using it to build, deploy and scale web applications. Netifly estimates that about 16% of the world’s internet population visits at least one Jamstack-powered platform each month.

The company hopes its acquisition of OneGraph will help to drive more innovation on its platform by making it easier for developers to compose applications and websites. Previously, developers had to rely on their own middleware and workstreams to connect the various APIs and technologies their apps require. By integrating OneGraph’s technology, Netlify said Jamstack now natively integrates with every major web framework, API and developer tool.

Netlify said it will use some of the money raised today to try and foster more innovation within the Jamstack ecosystem. It’s creating the Jamstack Innovation Fund to provide both capital and business support to emerging companies that build useful tools and services around Jamstack.

The company is also making a further $1 million commitment to invest in direct open-source project sponsorships, project promotion and upstream contributions via a dedicated development team.

Netlify co-founder and Chief Executive Matt Biilmann said the innovation happening within the Jamstack ecosystem is just a preview of what the modern web will eventually become. “This latest investment will bolster the ecosystem at both the technical and community levels, empowering developers around the world to become the composers of the modern web,” he promised.

The company will also use today’s funding to accelerate the development of new technologies and “unite the Jamstack in a seamless platform for composing web apps with the best developer experience.”

“That extra code can only be created by increasing developer productivity and that is exactly what Netlify is doing with Jamstack,” Mueller said. “It’s helping developers focus more on code and less on the plumbing of systems management and DevOps.”

Here’s the full interview with Bach and Billmann, where they discuss the advantages of Jamstack in more depth: