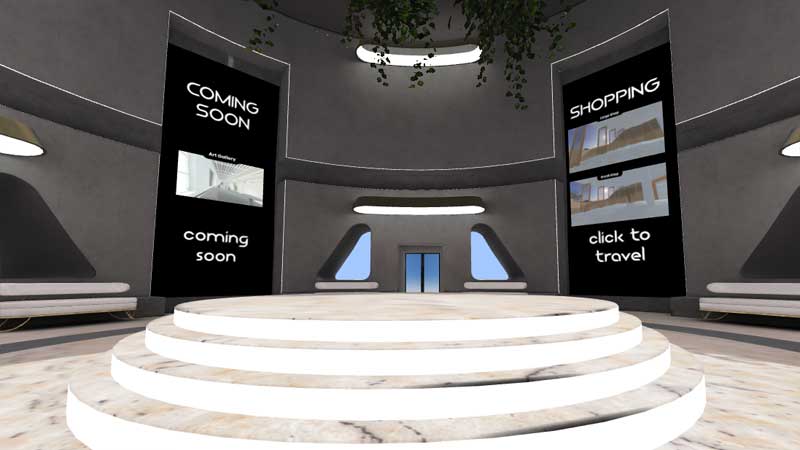 Space Metaverse today announced it has raised $7 million in a funding round to develop its metaverse project that allows users to design and their own virtual commerce spaces for gaming, arts, fashion, music and more.

The funding round was supported by Coinfund, Dapper Labs, Animoca Brands, Digital Currency Group, HOF Capital and other investors.

The concept of the metaverse has been gaining traction recently, including interconnected virtual spaces where people can meet and gather in worlds parallel to our own. Space said it intends to deliver the “economic glue” to connect those different worlds and become the “next frontier” for social commerce.

“As the metaverse continues to gain mass adoption and becomes a place where a lot of people meet up to socialize, a natural evolution is commerce, which is what Space is focused on,” said Space founder Batis Samadian. “Users will want to be able to view shows, buy items, sell items and engage with digital goods within the metaverse.”

Space provides tools for users to design their own virtual spaces – for example shops, galleries or music venues – where owners can display their own virtual goods for purchase. Everything is highly customizable and integrated, with point-of-sale tools provided by Stripe.

Users can join the spaces from a desktop app, web page or a VR headset, making Space’s metaverse extremely accessible. Users are also represented by avatars and the app provides spatial audio, meaning that people can see and hear each other while they’re browsing in the different shops and venues.

The platform officially released an early-access alpha version earlier this month and has already provided access to about 10,000 users. A number of different “spaces” are available for users to create include hangars, concert halls, amphitheaters, motor shows, music rooms, art rooms and more.

According to a report from Bloomberg Intelligence, the metaverse may become a $783 billion market by 2024, up from $478 billion in 2020. The report cites game makers and virtual reality hardware alongside social media and entertainment as primary drivers propelling the market.

Using nonfungible tokens, a technology that uses blockchains to monetize virtual assets so that they can be owned and traded, Space expects to allow users to make money from their artwork, music and other items. Alongside the metaverse, the NFT market has expanded significantly, with NFT sale transactions exceeding $10.7 billion in the third quarter of this year.

“Space is building the Shopify for the metaverse to enable creators to sell their digital items in a turn-key fashion and allowing users to purchase it,” said Samadian.