Digital twins build a new presence in the construction industry

Commercial construction is an orchestration exercise of almost unimaginable complexity that has nevertheless long been managed mostly on paper.

Teams of builders, electricians, plumbers, architects, structural engineers and numerous other professions must come together around a shared task of turning a design document into a physical structure. They do so amid a complex and constantly changing backdrop of regulations and building codes.

The possibilities for things to go wrong are endless. “Say there are a couple of levels of parking under the building,” said Breawn Felix, who is a regional virtual design and construction manager at Swinerton Inc., a diversified construction firm based in Southern California. “They may not have the head-height clearance required to accommodate ADA [Americans with Disability Act] vehicles, or you might have a big exhaust pipe running through the garage that could require a redesign.”

A fire extinguisher supply line that crosses an air conditioning duct or a concrete footing and doesn’t leave enough surface area to provide for sufficient lateral pressure can trigger a code violation that requires a costly re-do.

In her 11 years of managing projects of all kinds, Felix has seen just about everything. It’s her team’s job to take a building from the bid phase to reality. Now, she’s doing it with the help of three-dimensional imaging technology that captures every stage of a construction project in a digital twin that can be used for inspection and modeling.

Even small problems can take weeks to fix, particularly when construction teams don’t agree on who’s at fault. “Change orders can be contentious because no one knows for sure who is responsible,” said Jeevan Kalanithi, chief executive of OpenSpace Labs Inc., which built the digital twin technology.

Although his background expertise is in machine learning and robotics, Kalanithi got a taste of the challenges builders face from his previous venture, a maker of commercial drones whose software is used extensively by construction and mining companies to survey projects in progress. “I got pretty enmeshed in this world,” he said.

That led to the idea of using 3-D imaging to document construction projects on an ongoing basis, while also enabling contractors, architects and project managers to collaborate. OpenSpace is a cloud service that works with a variety of off-the-shelf 360° cameras to create what Kalanithi described as “a combination of a teleporter and a time machine.”

The software combines computer vision systems like those used in self-driving cars with indoor navigation technology that helps robots traverse indoor spaces. Builders attach the camera to a helmet and walk through the site. The video is captured by OpenSpace’s Vision Engine, which creates a timestamped record.

The video images can be matched to blueprints or computerized designs to show a side-by-side comparison of what the project is supposed to look like and its actual status (pictured). OpenSpace’s software takes care of synchronizing the video with the project design. Workers can annotate hotspots on the video and launch discussions with other members of the construction team.

Vision Engine also has limited calculation capabilities. “We can tell you how much concrete was needed versus how much was poured or how much drywall has been used compared to plan,” he said. “It’s a single version of the truth.”

The payoff comes on multiple levels. In traditional construction, the discovery of a problem may require architecture construction engineers to get on planes to visit the site, incurring time and cost and taking skilled professionals away from other work. With the digital twin, he said, “instead of having to drive or fly to the site, they can look at it and see what’s needed in two seconds.” 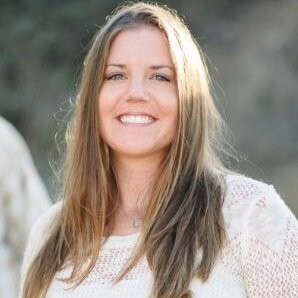 Harder to calculate but no less important are savings from reduced risk and liability. Construction is “an industry with lots of uncertainty that can create conflict,” he said. “We provide the truth serum – the system of record that lets people get on the same page without a lot of complexity or architectural forensics.” The videos also serve as a historical record that can be used after construction is completed to pinpoint the location of hidden materials like pipes and electrical conduits.

Felix needs no convincing. Prior to adopting OpenSpace, Swinerton documented progress by “sending project engineers to the site with a camera and taking hundreds of photos that went on a server,” she said. “If there was a problem, it could take hours to find the one photo we needed.”

Spotting problems is also easier. “We can do a split-screen view of the design and the real world to see what might be out of compliance or installed in the wrong location,” she said. “The value-add is impossible not to see.”

Swinerton is currently using the technology on about 85 projects in Southern California, some of which involve hundreds of contractors and engineers. OpenSpace doesn’t charge by the user but recommends that as many members of the construction team as possible be included. Felix said training time is minimal.

The time savings alone have changed the business, she said. “If I see an issue, I can send it to you and you can get back to me right away,” she said. “It’s no more 15 emails; one click of a button and we all have the same focal point.”

OpenSpace, which has raised more than $88 million in funding, may have a tiger by the tail. Kalanithi said it’s being used in 70 countries on all seven continents, including Antarctica. More than 6 billion square feet of floor space have been captured and archived, or about the equivalent of 2,000 Empire State Buildings. “It’s growing a lot faster than even I expected,” he said.

They include Moxion Power Co., a maker of a mobile energy storage technology that provides temporary-power-as-a-service, as well as WINT – Water Intelligence, which uses artificial intelligence to prevent water damage and optimize water usage, and Rugged Robotics, whose robots mark fully coordinated architecture and engineering designs directly onto unfinished floors.

All this may be just just the beginning of a wave of automation for an industry that, until recently, has stubbornly resisted moving into the digital age.