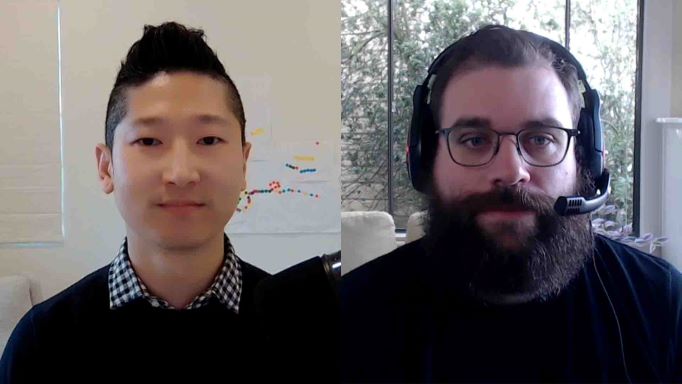 Although community-supported open-source software has grown in popularity and importance, businesses often rely on paid-for subscriptions for OSS implementations that provide technology support, more security and functionality for operation at scale.

Content membership platform Patreon Inc. has turned to the startup Armory Inc. to deploy the open-source continuous delivery software Spinnaker as a cloud service. The idea was to solve problems with software delivery in a faster, easier and more cost-effective way, according to Ian Delahorne (pictured, right), staff site reliability engineer at Patreon.

“The Patreon [Site Reliability Engineering] team was and is fairly small,” he said. “We could run Spinnaker on our own if we wanted to, but then we’d have no time to do anything else basically, and that’s not the best use of our creators’ money. Armory, who’s dedicated to Spinnaker, is involved in the open-source project, but also they’re experts on this.”

Delahorne and Ben Mappen (left), co-founder and senior vice president of strategic partnerships at Armory, spoke with John Furrier, host of theCUBE, SiliconANGLE Media’s livestreaming studio, for a CUBE conversation in advance of the Jan. 26 AWS Startup Showcase: Open Cloud Innovations event. They discussed the business problems Armory was able to solve for Patreon, how Armory built its product on an open-source project and the benefits of open-source strategies. (* Disclosure below.)

Freeing up the team for other tasks

The Patreon and Armory partnership began in early 2019, when the content membership platform had slow payment processing and was at risk of not paying its users on time. At this point, Patreon realized that deploying fixes to remedy this was taking too long.

“We’re taking at least 45 minutes to deploy a new version of the application … and we needed to get that time down,” Delahorne said. “We also needed to be secure in our knowledge that the deploy was stable.”

Due to a shortage of human resources to solve the problem in-house, Delahorne relied on Armory to adopt Spinnaker on Amazon Web Services. Armory’s Spinnaker-as-a-service cloud platform, which it pitches as scalable, flexible and secure, automates software delivery, enabling software teams to collaborate from code to cloud. Armory builds on Spinnaker’s foundation with proprietary features for bolstered enterprise scale, along with enterprise-grade support.

The startup’s service includes tools for multicloud and hybrid environments with support for DevSecOps and compliance. The company also provides support for cloud and Kubernetes migration designed to make moving to Kubernetes or from one cloud to another through seamless workload portability.

Speed and reliability are some key points

Armory has learned from its large customers over the years that being great at deploying software really comes down to three main things, the first being velocity, according to Mappen.

“If you’re deploying your software once a quarter or even once a year, that does no good to your customers or to your business — [it’s] like just code sitting in a feature branch on a shelf, more or less, not creating any business value,” he said. “You have to ship with speed.”

The second essential part of it is to ship with reliability, which means preventing bugs.

“There will be some outages, but one of the things that Armory provides with Spinnaker open source is the ability to create hardened deployment pipelines so that you’re testing the right things at the right times with the right folks involved to do reviews,” Mappen explained. “And if there is a problem in production, you’re isolating that problem to a small group of users.”

The last key element is being able to deploy “multi-target multicloud.” In the AWS ecosystem, for example, it would involve EC2, ECS, EKS, Lambda, and so on, Mappen added.

Spinnaker’s open-source foundation is critical to the Armory’s success, according to Mappen. In addition to benefiting from input from other companies with fixes and new features, Armory sees the open-source community as a great place to get feedback and find new customers who might need the enhanced level of functionality and support it can provide.

For Patreon, Spinnaker’s being open source is also interesting.

“I can go ask the community for advice on things,” Delahorne said. “And I’ve also been able to commit simple bug fixes for features that I’ve needed. I was like, ‘Well, I don’t need to go engage Armory on this. I can just write up a simple patch and have that out for review.’”

Here’s the complete video interview, part of SiliconANGLE’s and theCUBE’s pre-event coverage of the AWS Startup Showcase: Open Cloud Innovations event. (* Disclosure: Armory sponsored this segment of theCUBE. Neither Armory nor other sponsors have editorial control over content on theCUBE or SiliconANGLE.)