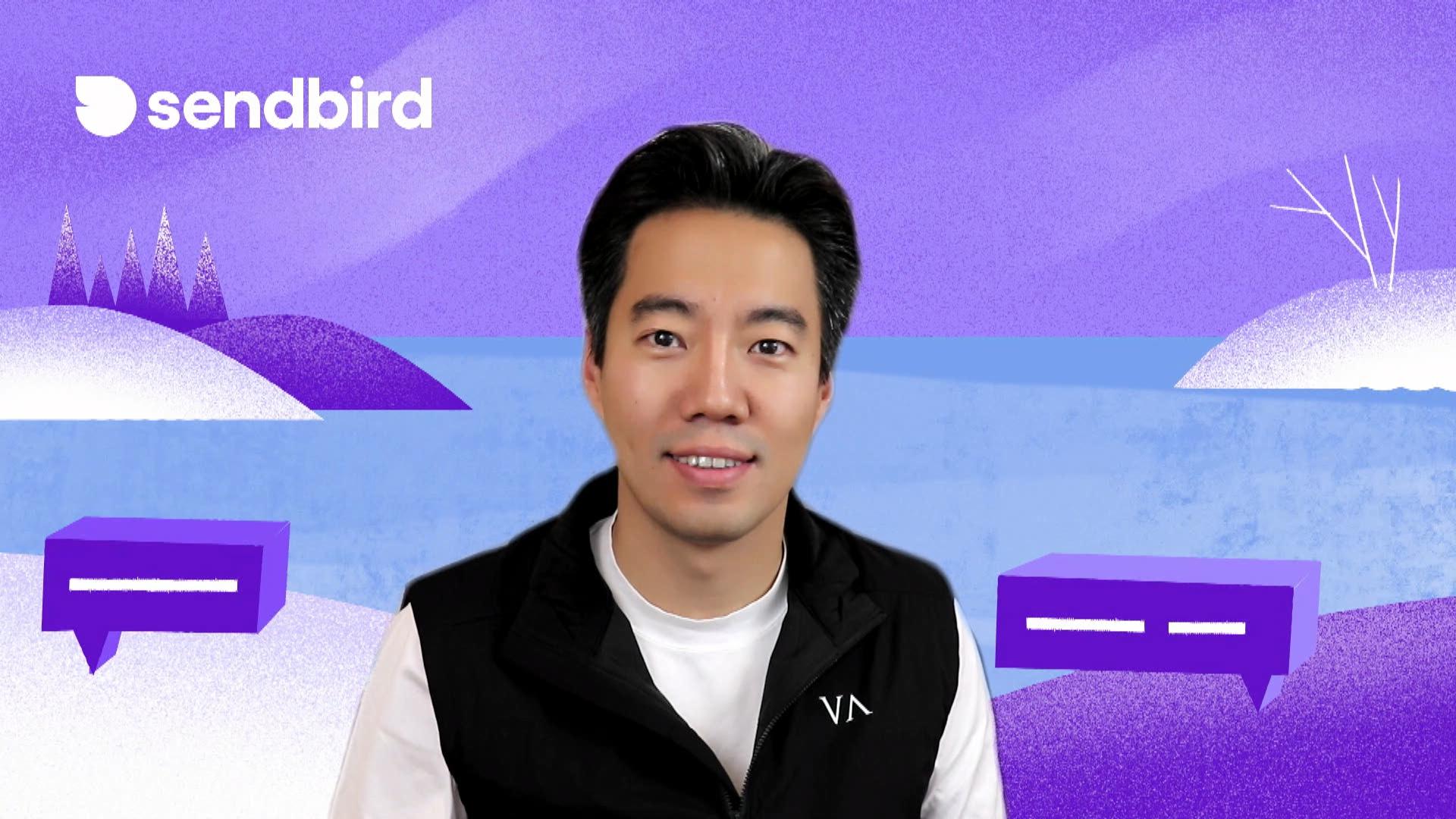 In a world beset by scams and hackers, trust and authenticity seem to be in short supply. Sendbird Inc., a conversations platform for mobile applications, intends to change that.

The company’s mission is to build reliable conversations in a digital world, and it uses an in-app messaging platform to connect doctors and patients in virtual clinics or securely link sellers with buyers for digital sales through a mobile interface.

“More and more businesses are becoming mobile-first,” said John Kim (pictured), co-founder and chief executive officer of Sendbird. “By focusing on mobile-based experiences, conversations really became one of the most efficient and effective ways to build relationships between users, as well as the relationship with brands.”

Sendbird didn’t begin as a messaging platform. The company was originally founded in 2013 to build communities in the social networking space. But as applications began to dominate the enterprise world, Sendbird’s founders saw an opportunity to modernize the messaging experience.

“We first started out as a consumer-based product building social networks for moms,” Kim said. “Around 2015, when the world was moving towards messaging, we looked at that as an opportunity to build a messaging feature for our own application. There weren’t really modern SDK or API products that could enable a modern messaging experience.”

Sendbird’s in-app messaging solution is designed to improve the impersonal experience of email and text messaging and control the identity risks associated with communication via legacy SMS platforms.

“Whenever someone sends you a message, you know that the sender and receiver are already authenticated, so those users are secure from the get-go,” Kim explained.

The Federal Trade Commission reported earlier this year that consumers lost $770 million in 2021 due to fraud initiated on social media, with the largest number of cases attributed to online shopping scams. These are often triggered by messages that entice an unsuspecting consumer into a fraudulent scheme.

“There’s something that makes you either call a number or go to a certain link,” Kim noted. “You have to figure out if this is messaging that’s really that brand or someone else that’s pretending to be that brand, and the burden is on the customer. Ultimately, someone will get tricked with those messages.”

Sendbird’s in-app messaging approach has shown traction as major enterprises adopt its solution. The community forum Reddit is one of Sendbird’s earliest customers and uses the company’s technology as its backend chat API, according to Kim.

“Krafton is probably one of the largest and most successful game companies today,” Kim said. “They were able to increase their user engagement and overall session time within the game by incorporating messaging that powers the online community.”

One of the most compelling use cases involves food delivery service DoorDash Inc. Although smartphones provide messaging functions, DoorDash felt that building its own chat client would facilitate better communication between drivers and users while ensuring privacy. The tool also created a useful log that enabled DoorDash to more easily resolve customer support issues, resulting in a decrease in the number of failed deliveries.

“With in-app messaging, businesses get to control the user experience,” Kim said. “As a user, what’s the best experience you want to have with brands? It’s usually through mobile applications.”

Sendbird officially launched its in-app messaging technology on the AWS Marketplace in April. It currently supports over 250 million active users and 5 billion messages per month while leveraging a global cloud system that spans nine AWS Regions.

“Scalability was a key aspect,” Kim said. “It’s how we were able to win customers like Reddit and DoorDash. Our customers and your customers can go to sleep at night without having to worry about whether this will work or not.”

(* Disclosure: Sendbird Inc. sponsored this segment of theCUBE. Neither Sendbird nor other sponsors have editorial control over content on theCUBE or SiliconANGLE.)