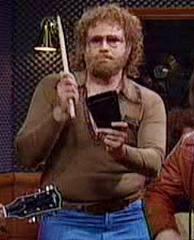 Get Me Another Virtual Machine – We Need More Cowbell!

The platform market is changing the way apps are delivered and points to a future that raises some questions about the role of virtualization in cloud computing.

For example, this past week Heroku began accepting F8 apps. In 24 hours, Heroku delivered some 34,000 apps.

Facebook serves apps to its community through its state of the art, virtualization free infrastructure. Heroku’s back end is built on Amazon Web Services, which uses virtualization to serve data from the apps but does so in a manner that obfuscates the need for an associated operating system.

This all points me back to Christopher Hoff’s smart and on the mark look at the future of the hypervisor and virtualization itself.

Don’t know Chris? You should. He’s one of the smartest and most entertaining people on Twitter, going by @beaker if you care to follow him.  His blog is called Rational Survivability.

On Friday, Hoff looked at virtual machines and the “cancer” that is their bloat. In Hoff’s view that bloat is the operating system:

Specifically, VMs still contain the bloat (nee: cancer) that are operating systems and carry forward all of the issues and complexity (albeit now with more abstraction cowbell) that we already suffer.

Hoff makes the point that good has come of virtual machines but in time the hypervisor will be embedded in the  CPU.

He argues that the number of layers in the stack is decreasing. The stack, in his view, is getting simpler. I hear different point of view that the stack is actually getting more complex. But I think Hoff would agree that in the short term this is true. The stack is very complex. In the long term, the progression, especially considering Moore’s Law, shows a deeper embedding of software in the hardware itself.

That means a far simpler stack where you don’t need a separate hypervisor. Instead the chip architecture would have microkernels for programming languages that would be embedded with the hypervisor in the CPU.

Hoff shows three phases of orchestration and provisioning to make his point:

In the first phase we see the app and the OS encompassed in the VM. That’s for the most part the state of today’s market.

In phase two, the app sits on top of the hypervisor and a programmatic layer. That’s about where the platforms play right now.

In the third phase, as Hoff sees it, the app will run on a CPU with an embedded hypervisor and programmatic layer.

Hoff’s picture makes sense but detractors to this viewpoint argue that the stack becomes more complex with the addition of new layers.

Mike Fratto writes in the comments:

While I am certainly not privvy to the same people you are, Chris, what you are describing will never be successful.

The IT industry hasn’t been able to decide to standardized much of anything in the last 10 years. Server management: ILO or DRAC? Monitoring: Netflow, SFLOW, IPFIX, or JFLOW? Hypervisors: VMware, Xen, or KVM (plus others)? VM formats: VMDK, VHD, others? Multi-path Ethernet: TRILL or SPB?

The only reason why Intel’s x86 architecture has such prominence is because of it’s presence in the market and the difficulty in building compilers and stuff over multiple architectures.

Could there be a Phase 3 as you describe? Yes.
Would it be beneficial? You betcha.
Will it happen? Nope.

In the meantime, there are various tools and projects working to slim down the virtualization stack and bring VMs closer to bare metal, including: MokaFive BareMetal, XenClient, HaLVM and Mirage.

Automated systems tend to get adopted as the cost to support complex environments becomes too much. That’s why services tend to do so well these days. Platform providers, for example, remove complexities so developers can do what they do best. And that’s create apps.

Automation also makes the hypervisor a commodity. It eliminates the complexity of moving workloads between different cloud providers. That’s what users want. They want simplicity and the ease of managing application across different platforms.

In the meantime, get me another virtual machine – we need more cowbell!