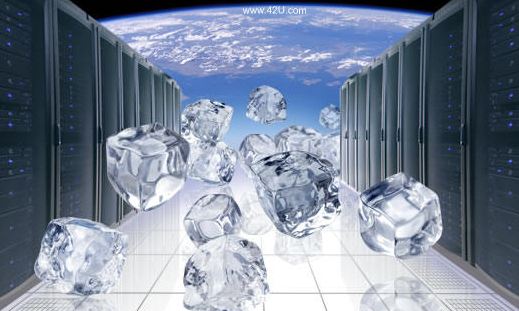 Cool Ideas for Cutting Down on Data Server Cooling Costs

One of the biggest – yet least talked about – challenges facing data centers today is the amount of energy they consume in order to process and store the masses of big data generated by big businesses around the world.

The problem was highlighted by Pike Research in a recent study;  according to them, data centers account for a staggering 1.5% of electricity consumption globally, with much of this energy being used to power fans, coolers and air conditioners that are needed to ensure their servers don’t overheat and ‘cook’ all of that big data.

It’s not just an expensive issue either – there are environmental concerns too, with Pike Research pointing out that the energy used in servers generates around 188 million tons of carbon dioxide pumped into the atmosphere each. Therefore, it comes as no surprise that data servers are keen to explore cleaner and cheaper options, and it turns out that they’ve come up with some pretty innovative ideas.

The ‘coolest’ new approach comes from Intel, which has recently completed a year-long trial with Green Revolution Cooling that involves submerging their servers in mineral oil.

Just like water, mineral oil is able to reduce heat, but it also possesses one essential property that water doesn’t have – oil doesn’t conduct electricity.

The trial involved Green Revolution Cooling dumping Intel’s servers inside Carnojet cooling ranks, which were then submerged in GreenDEF, a specially-formulated mineral oil which is able keep things 1,200 times cooler than normal air. The method is not just more energy-efficient, it’s smaller too, which means that Intel will be able to pack in more servers per square foot than they can with traditional cooling technology.

This isn’t the first time that liquid cooling has been suggested for computers – the Cray-2 supercomputer in the mid-1980s was also pumped full of oil – but with Intel announcing plans to develop computer equipment that’s optimized for oil-immersion cooling, we can expect to see the idea catching on in a big way.

Meanwhile, Toshiba has been secretly working on its own design – an advanced cooling technology that it claims is 33% more efficient than current air-cooling technologies currently available.

While not quite so ‘cool’ as the oil submersion technique, it does have one advantage in that the vast majority of servers are already optimized for this kind of method, unlike Intel’s liquid-based alternative.

Toshiba revealed that they’re now in the process of test-bedding a new data server that pairs their own cooling know-how with advanced info-communications technology (ICT) developed by researchers at the Nanyang Technological University in Singapore.

The solution has been designed specifically for data centers located in the sweltering tropical climates of Southeast Asia, and uses cutting-edge modular structure – essentially, vast container-sized modules coupled with an intelligent cooling system. It works by consolidating multiple applications from dozens of different servers into just one module, meaning that other servers can be put into ‘sleep’ mode whilst not in use, saving on the energy needed to keep them cool.

Tests are still ongoing, but Toshiba hope that one day they’ll be able to implement the technology across Singapore and Southeast Asia, providing more energy-efficiency and savings for companies and governments located in that part of the world.