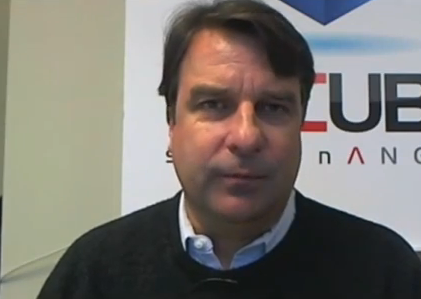 Breaking Analysis: A Timeline of the Autonomy Acquisition

CNBC has been doing a pretty decent job getting first hand perspectives from the players involved with the big news out of HP today, with regard to the alleged fraud and writedown of Autonomy that came along with today’s quarterly earnings from HP.

CNBC has been repeatedly pointing to the fact that Wall Street Analyst Jim Chanos spotted this potential situation earlier than other street analysts, back in June of 2012.

Ahead of the curve, as always, SiliconANGLE and the enterprise analysts at Wikibon picked up on this much, much earlier.

Below, a timeline that documents our breaking analysis before, during, and just after the Autonomy acquisition.

12/16/2010 – Will Oracle and MSFT bid on Autonomy? AllThingsD speculated on rumors of a buyout earlier than most other publications.

8/18/2011 – HP Spinning Off PC Business? What about webOS? The first mention of the official Autonomy buyout confirmation at SiliconANGLE. The news at SiliconANGLE and elsewhere was largely overshadowed by news that broke the same day that then-CEO Leo Apotheker was sunsetting both WebOS and the PC division at HP. After Apotheker was dismissed from HP, the company later wisely decided to keep the PC division.

9/22/2011 – How To Guide For HP Unwinding Autonomy Deal – By Wikbon’s David Cahill John Furrier and David Cahill detailed how and why HP should pay $117 million and end the buyout attempt on Autonomy. From the post:

The $117 million Mulligan: Extending HP’s focus up into the application layer is a dangerous exercise with material integration and selling risk. Entering the application arena by acquiring a rollup of well-marketed but legacy software assets, based in a different country, makes even less sense and brings with it real cultural risk. The great news here is that HP doesn’t have to go forward with the strategy. The breakup fee for this deal is only 1% of the offer price. This translates to ~$117 million. HP generates roughly $25m of free cash flow per day. It could make this bad dream disappear in less than 5 days. Over time, this breakup fee will pale in comparison to the capital wasted on seeing this deal through.

9/23/2011 – Ray Lane Taking the Reins – Kudos To Ray Lane #getbusy. John gives a “kudos” post to Ray Lane, as he takes the Chairman of the Board slot at HP (the same day that Meg Whitman took the CEO slot).

9/29/2011 – Oracle Stretches The Truth – Autonomy Oracle Public Fisticuffs – Autonomy Fights Back / Larry Ellison/Oracle. John Furrier chronicled on his personal blog the back and forth between Mike Lynch and Larry Ellison as to whether HP was picking up Oracle’s sloppy seconds in the acquisition.

9/30/2011 – Open Letter to Meg Whitman: How to Boost Public Confidence in HP in 3 Strategic Steps; Extra Credit: Punch Oracle in the Face. John Furrier put forth a widely popular and highly influential first year plan for Meg Whitman to help get HP back on track. His advice? First on his list was to “get the Autonomy deal right,” by paying the 1% breakup fee and get out of that deal (instead of paying a 79% premium). He also specifically advised Meg to keep the PC business:

The industry influence, the sheer buying power that the PC business brings to HP throughout the entire tech sector is not something that should be spun off or sold off like a piece of ragged lawn furniture. Billions of people around the world know and respect HP for its PC products.  HP can provide everything from the desktop to the back-end data center, which is a value that cannot be replicated by many of your fiercest competitors. Wall Street will again reward HP for keeping its PC business intact rather than pressing the “delete” button on it. IDC analyst Crawford Del Prete said, “I think [the pc business] is getting a fresh look.”

10/20/2011 – Shane Robison Steps Down or Was He Fired. From the post: “Many are saying that Shane was a great guy at HP, but he has recently been in the middle of the misteps of the Autonomy deal and the failed cloud attempts.”

11/29/2011 – HP’s Big Data Mashup – Cobbling Together Autonomy and Vertica Wrapped Up in 3Par. This marks the end of the volatility in the news cycle where Vertica and Autonomy start to merge within HP and Autonomy becomes part of HP proper. From John that day: “I wasn’t a big fan of Autonomy because of the price but I will say HP is going for it which is better than just twisting in the wind as they have been with their data and cloud strategy.”