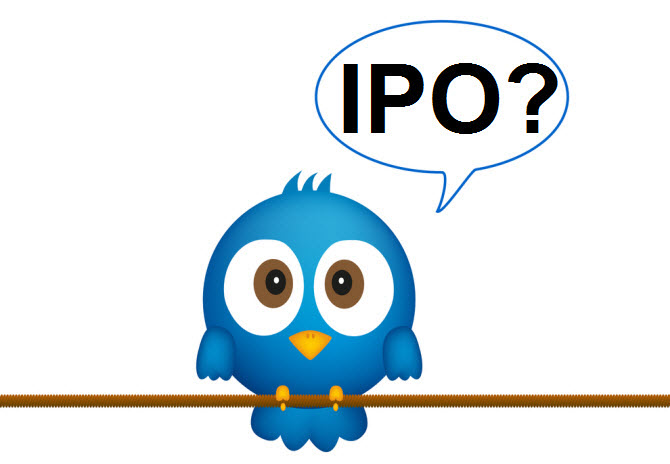 Twitter is in the news again this year, and once again there’s been mounting speculation regarding the future of the social media company and the possibility that it may launch an IPO in the next year or two.

The speculation comes following a report in Forbes, which says that analyst firm Greencrest Capital now projects Twitter’s worth to be somewhere in the region of $11 billion. Forbes puts forward plenty of circumstantial evidence that Twitter could be planning an IPO, such as its recent management changes, the refining of its photo app to provide stiffer competition for Instagram, and the fact that its promoted tweets seem to be making some decent revenue at last.

But while an IPO seems to be the obvious outcome of Twitter’s progress, could it be that the site’s growing fortunes might finally tempt an even bigger fish to come calling and nip any planned floatation in the bud?

There have been plenty of rumors in the past that Twitter might make a tempting target for someone with even deeper pockets over the past few years, and an $11 billion cash offer would be difficult for anyone to turn down, even someone as belligerent as Dick Costello.

The obvious candidate to buy Twitter seems to be Apple – after all, rumors suggesting they will have been doing the rounds for some months now, and there are plenty of reasons why. For one thing, Apple is alone among its major contemporaries in that it has no major social media presence (Twitter themselves, Google, Facebook and even Samsung to an extent, have shown how to profit from social media).

But there’s more to it than that, as Apple could benefit a great deal from the expertise that Twitter would bring in terms of understanding the internet A recent article in GigaOM argues that Apple lacks the know-how to design and build, run and grow a large-scale web services, as evidenced by its dismal failure with iCloud, continual criticism over iTune’s usability, and its Apple Maps disaster.

By buying Twitter, Apple would be getting far more than just a social network, but also the chance to realize its dreams of competing in the web services space:

Could Bill Gates and Steve Balmer be tempted to take on Twitter? Though there’s been little speculation about such a move, it would actually make sense if you think about what Microsoft has been trying to do lately. Microsoft has gone all out with the launch of Windows 8 and its Surface tablet as it looks to take on Google, Android, iOS and the rest, but so far it’s only received a lukewarm reception at best.

An article by Jeff Macke in Yahoo Finance last November points out that one of the biggest things that’s holding Microsoft back right now is its lack of ‘followers’, for want of a better word. Microsoft lacks a basic understanding of consumer’s wants and needs, and as a result people tend to shun their products for those of Apple and Google.

Buying Twitter would seem to be the perfect remedy for this, allowing them to integrate the service with its products (don’t forget that Windows 8 has no Twitter app right now), rake in a ton of data about what customers are looking for, and better position themselves to tempt the millions of Twitter users to buy its new devices.

This is probably the most radical suggestion, but really what better way for Yahoo to save itself than buying Twitter? To be fair, there’s been zero speculation, and whether or not the idea has even crossed Marissa Mayer’s mind is open to debate, but the more I think about it, the more this deal would make sense.

Let’s get to the point – for all the good work that Mayer has done so far, Yahoo is still struggling to re-establish itself as a one of the internet’s major players. But, one thing Yahoo does still have is a HUGE pile of cash – more than enough to snap up Twitter without breaking a sweat.

But why would they want to? Simple, because Twitter has (and is still gaining) millions upon millions of users, whilst Yahoo continues to lose them.

Buying Twitter would enable Yahoo to be able to direct some of its traffic to their own sites once again, and this would only bolster its main proposition – display advertising. With Twitter acting as the highway for more traffic, Yahoo could regain its status as one of the internet’s main players, whilst the cash it generates from advertising would repay the $11 billion it needs to acquire Twitter in a heartbeat.